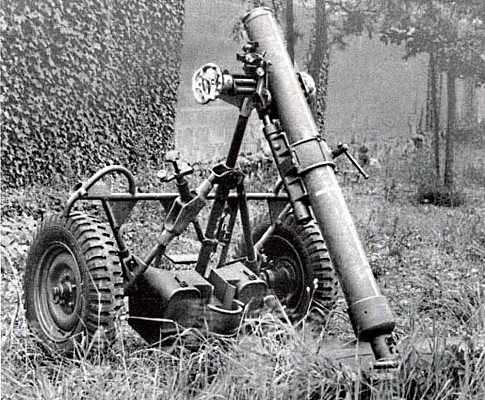 The MO-120-AM50 is an early Cold War era heavy mortar of French origin. It was developed shortly after World War 2.

The MO-120-AM50 is a conventional heavy duty 120mm mortar. It is a muzzle loaded smoothbore mortar with very large triangular baseplate and an adjustable bipod. A two wheel carriage is used to move the AM50. The mortar is fired either from the bipod, or from its wheeled carriage with the axle locked.

The AM50 is moved using a special two wheel carriage, which allows it to be towed behind a light truck that carries the crew and ammunition. Due to its weight it can only be moved by its crew over short distances.

The MO-120-AM50 proved to be a successful design and was widely exported. It was commonly found in Europe and South America, but was also exported to Africa and the Middle East. Nowadays only limited numbers remain in services. Most nations adopted lighter 120mm mortars or the heavier and more capable MO-120-RT. 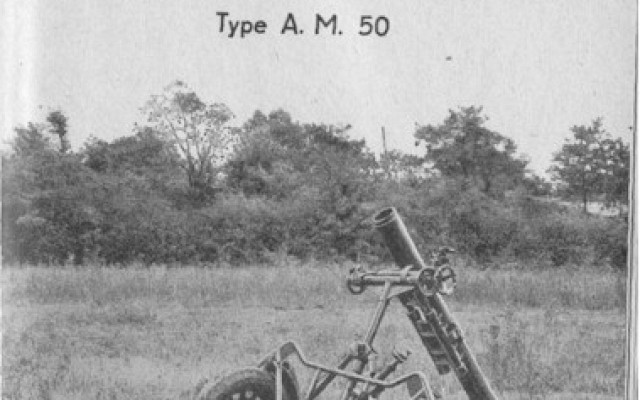 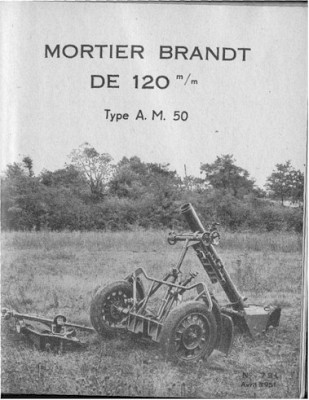 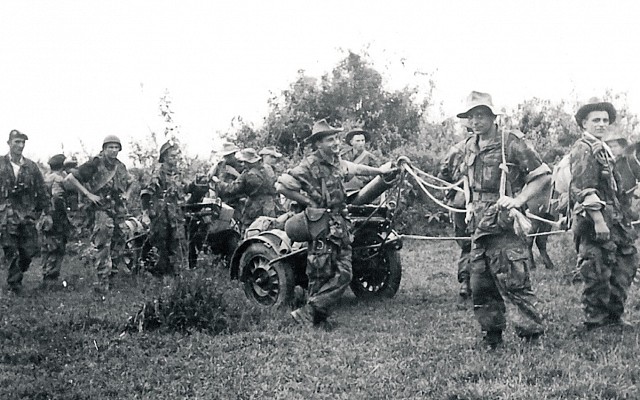 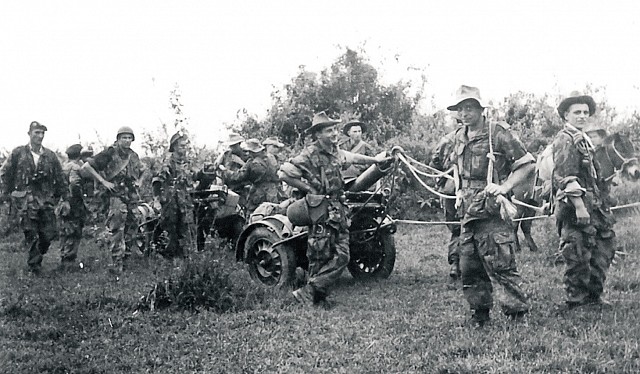 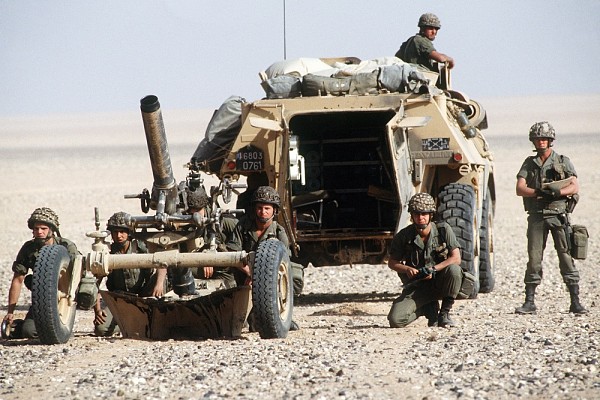 France and some other nations replace the AM50 with the MO-120-RT, which is a heavier and longer range rifled mortar.