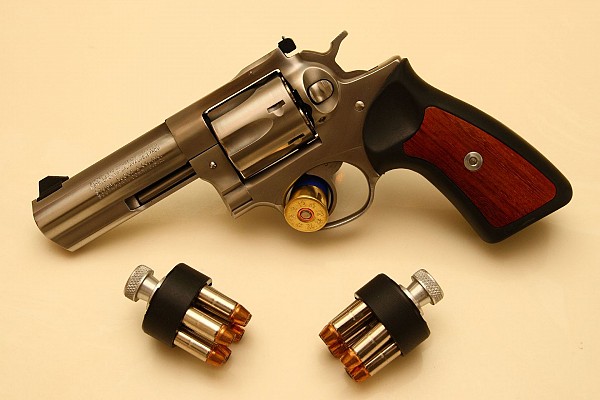 The GP100 is a late Cold War era revolver of American origin. It was introduced in 1985 by Ruger to replace their earlier line of double action service revolvers, the Security-Six.

The GP100 is a double action revolver with swing out cylinder. Can also be fired single action by cocking the hammer. Barrel lengths vary, with four and six inches being most common. The GP100 is one of the sturdiest medium frame revolvers. Especially the models with full shroud barrel. Service models for general issue to police forces often feature fixed sights. Variants with adjustable sights are common as well. Recent production models also feature a translucent fiber front sight.

The GP100 fires either .357 Magnum or .38 Special from a six round cylinder. Six round speed loaders are commonly used for swift reloads. Some variants feature a seven round cylinder. The practical effective range is up to 50 meters.

The GP100 was introduced at a time that revolvers were no longer adopted as standard issue by military and law enforcement. A small number for law enforcement agencies in the US and Europe did adopt the GP100. 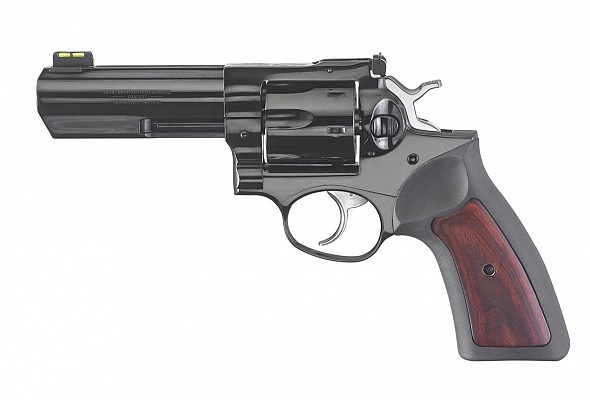 Left side view of a blued steel GP-141 revolver with 7 round cylinder.
Source: Ruger - © Copyright lies with original owner 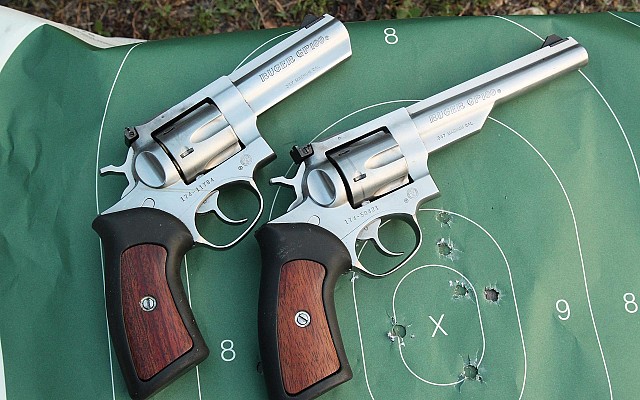 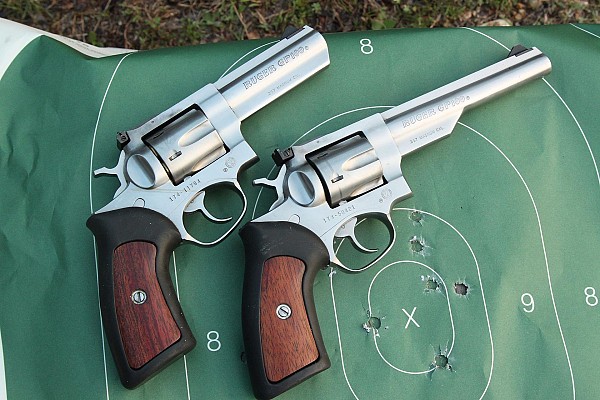 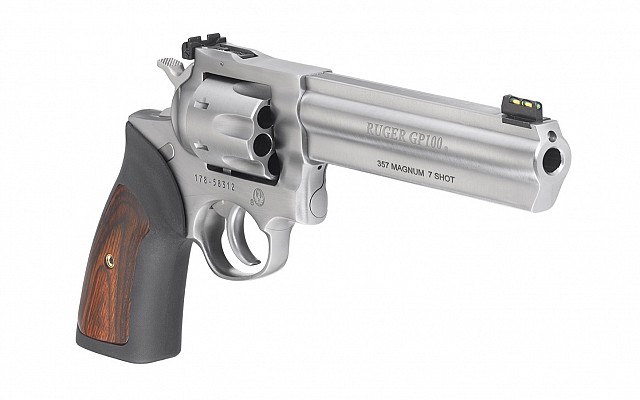 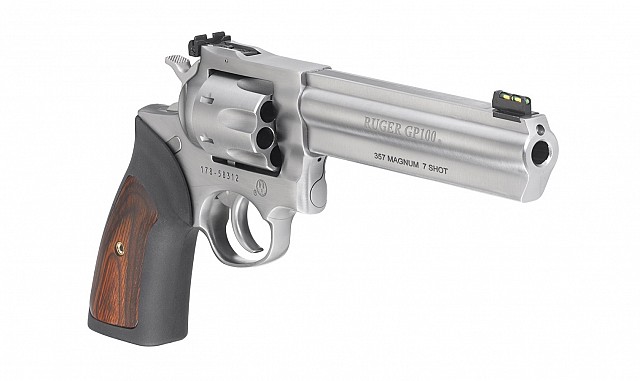 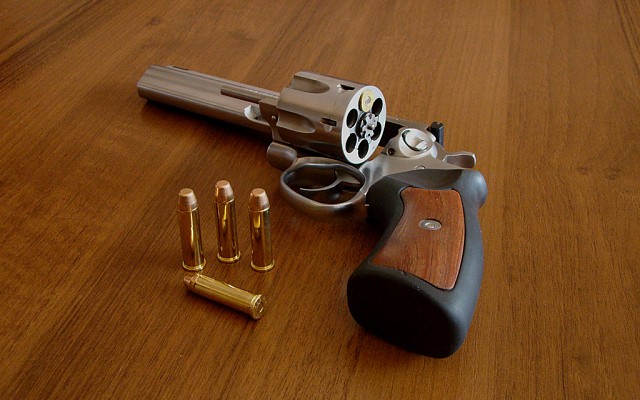 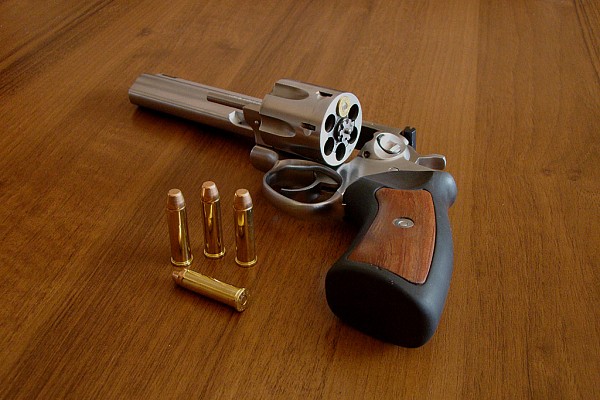 Ruger KGP-161 revolver shown with cylinder swung out and with .357 Magnum rounds alongside. 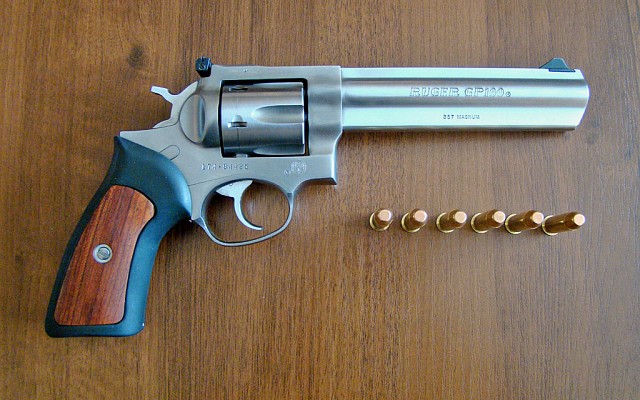 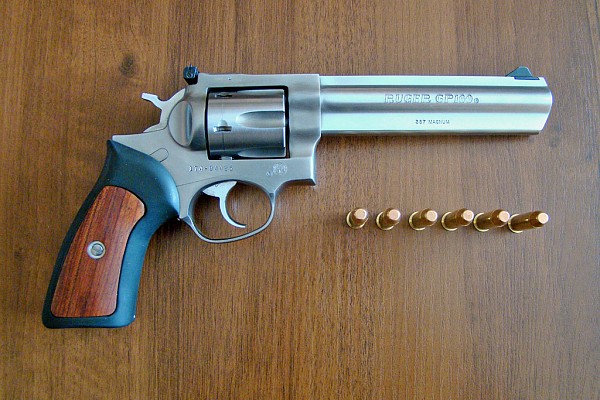 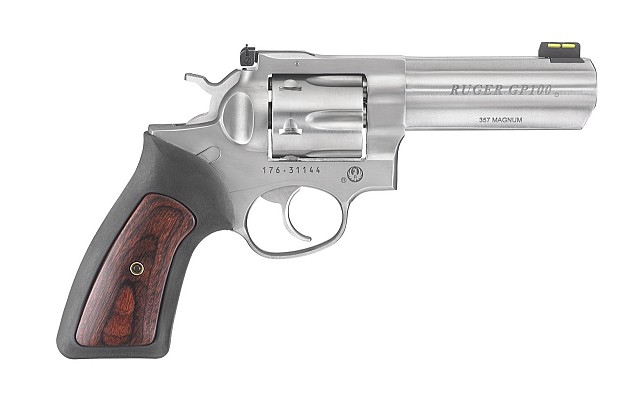 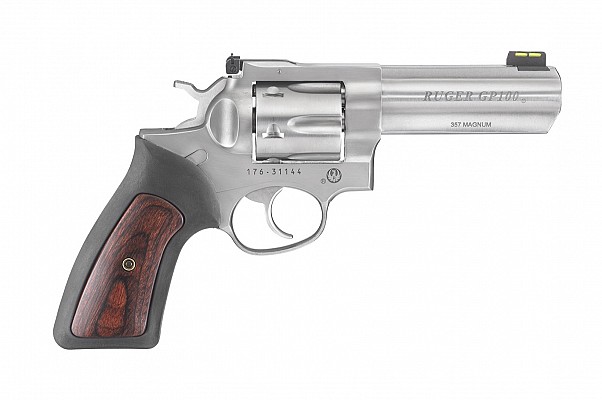 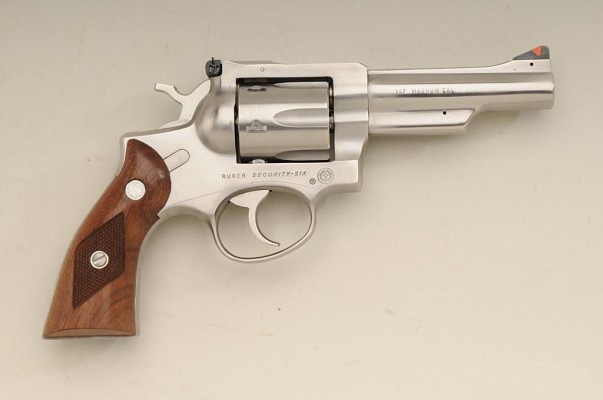 The GP100 was introduced to replace the Security-Six line of service revolvers.