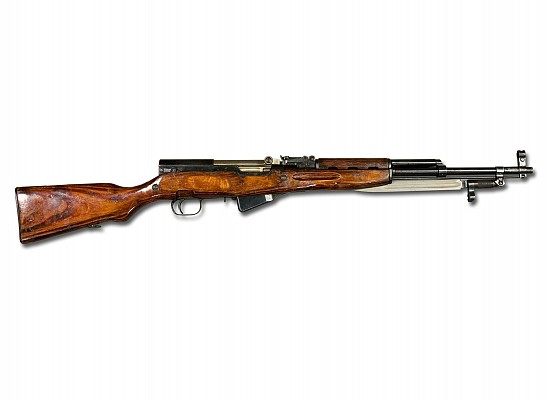 The SKS is an early Cold War era self loading rifle of Soviet origin. It was developed during the later stages of World War 2 as a lighter and more compact alternative to the Mosin-Nagant and SVT-40 rifles. Eventually the SKS got replaced by the AKM. Still, millions of SKS were produced and it was a common weapon in all nations using Soviet small arms.

The SKS combines design features from the AVS-36 and SVT-40 self-loading rifles. The SKS has a conventional carbine layout. Externally it looks like a shortened SVT-40 rifle. The stock and furniture are made out of wood. It uses a short stroke gas piston and a tilting bolt. The SKS is fitted with a folding blade or spike bayonet.

The SKS is a semi-automatic rifle. It fires the intermediate power 7.62x39mm round from a fixed 10 round magazine. It is reloaded using 10 round stripper clips. Practical effective range is about 300 meters. The SKS is not able to launch rifle grenades.

The first user of the SKS was the USSR. When it became apparent that in practice the AK-47 was a more potent weapon and in its stamped receiver AKM form could be produced a low enough cost. Many SKS rifles were exported or produced in states with ties to the USSR. China produced large numbers of their SKS, the Type 56. Today most SKS are obsolete or relegated to second line units. In many armies the AK-47 series of assault rifles replaced the SKS. 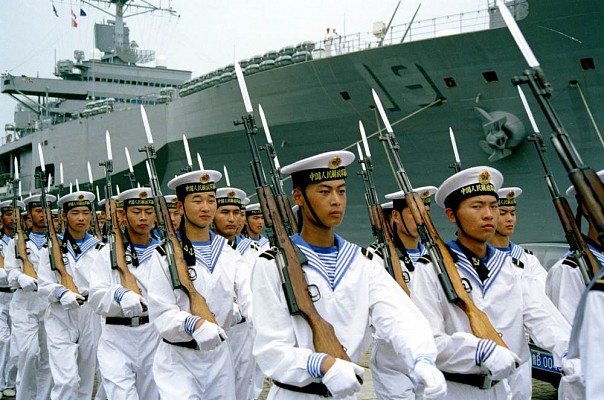 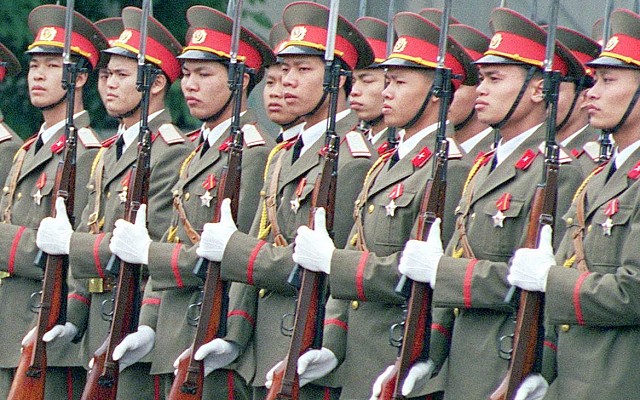 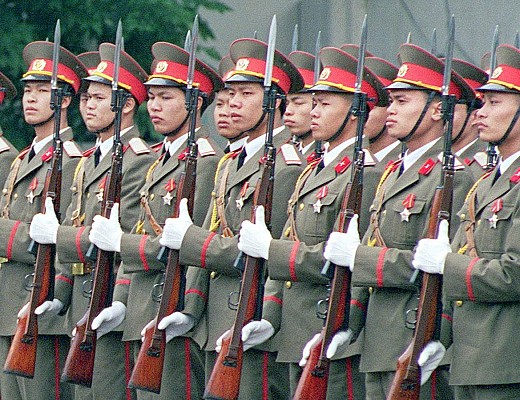 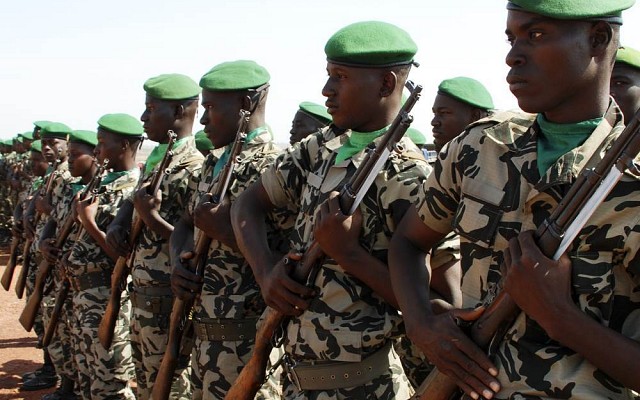 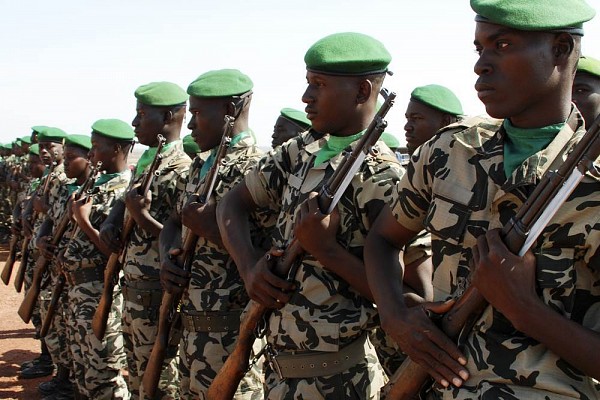 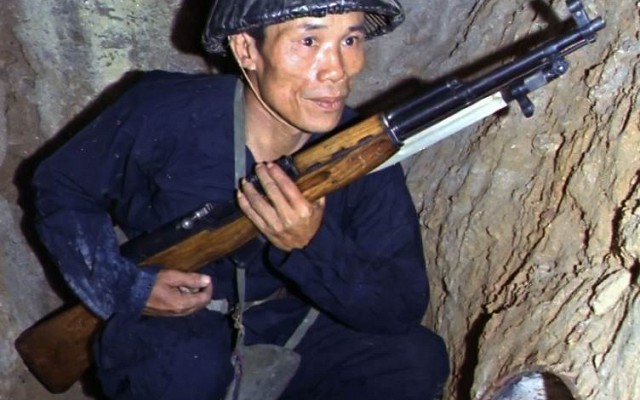 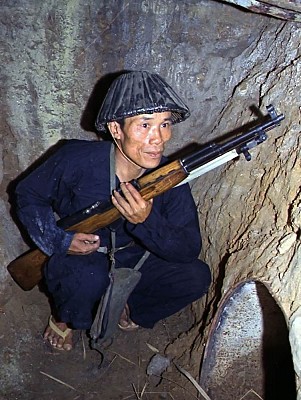 Vietcong soldier with SKS type rifle in 1968. Most likely a Type 56. 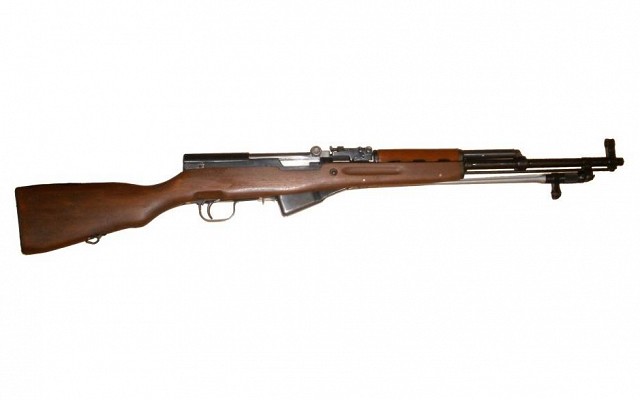 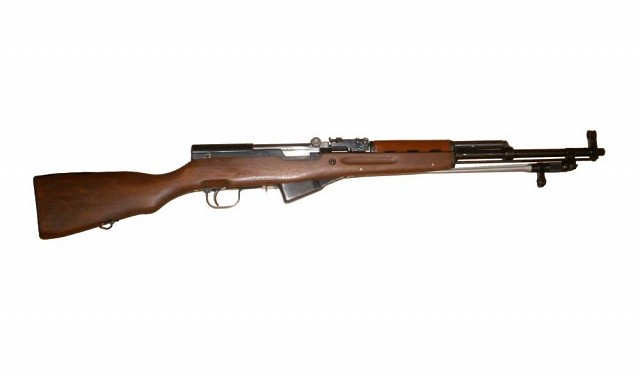 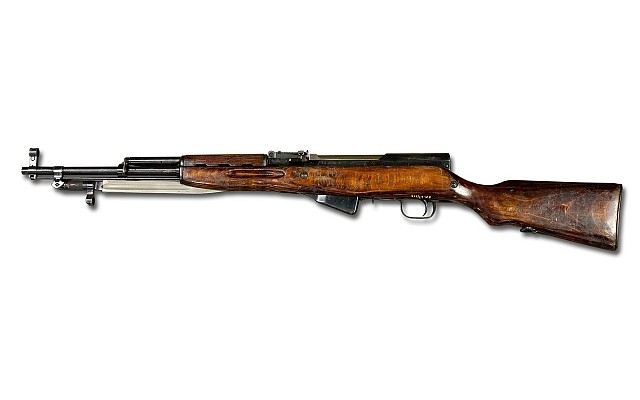 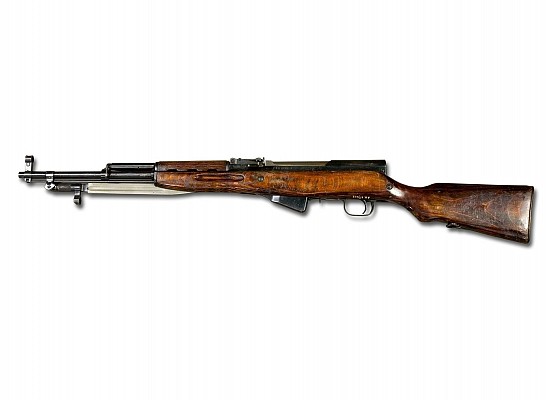 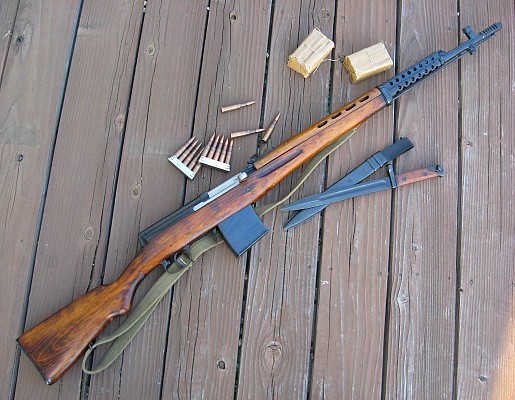 The Tokarev SVT-40 was one of the designs that influenced the development of the SKS. 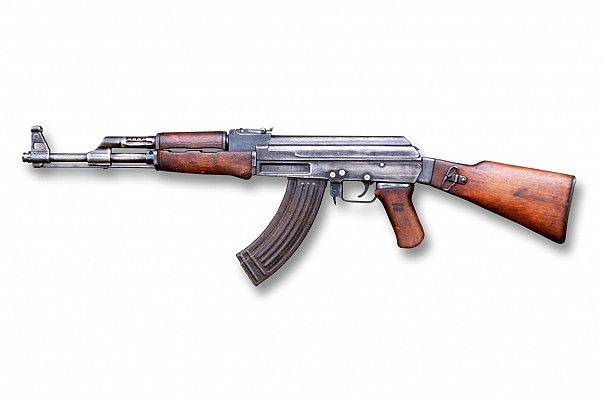 The AK-47 was introduced alongside the SKS. Both rifles fire the same 7.62x39mm cartridge.

In Soviet service the SKS was replaced by the AKM series of assault rifles, firing the same 7.62x39mm round.