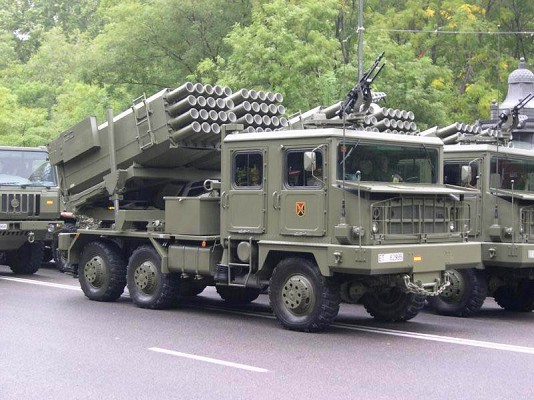 The Teruel is a late Cold War era multiple rocket launcher of Spanish origin. It was developed in the early 1980's to provides the Spanish forces with an artillery system capable of quickly saturating an area.

The Teruel is based on a Pegaso 3055 6x6 truck. In the firing position jacks are lowered and window covers are installed. The trainable launcher holds two blocks of 20 rockets. An additional 80 rockets are carried on a transloader. Reloading takes 15 to 20 minutes.

The 140mm rockets are unique to the Teruel. The original rockets had an 18.2 km range. Later extended range rockets with 26 km range were introduced later. All 40 rockets can be launched in 30 seconds. A group of 18 Teruel can cover a 56 hectare area at 24 km.

The Teruel is an unarmored system that is vulnerable to any kind of direct and indirect fire. An NBC system and smoke grenade launchers are both lacking.

The Teruel has been produced only in small numbers. Of the 26 production models 8 were exported to Gabon. In 2011 the Spanish systems were removed from service. Reportedly those sold to Gabon remain in service. 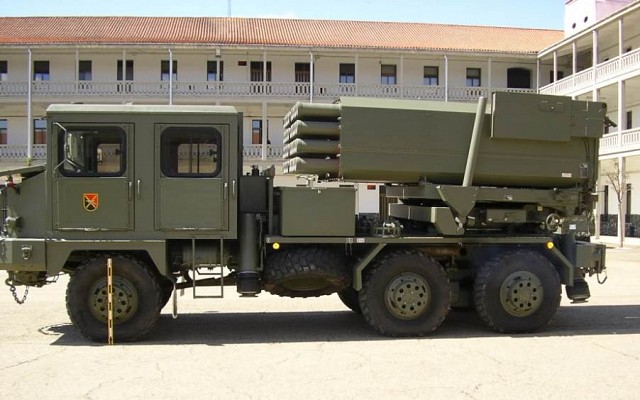 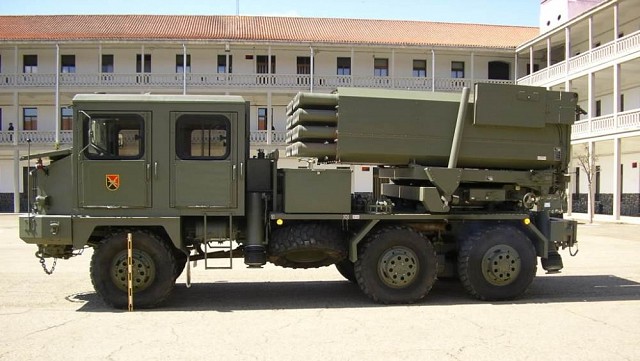 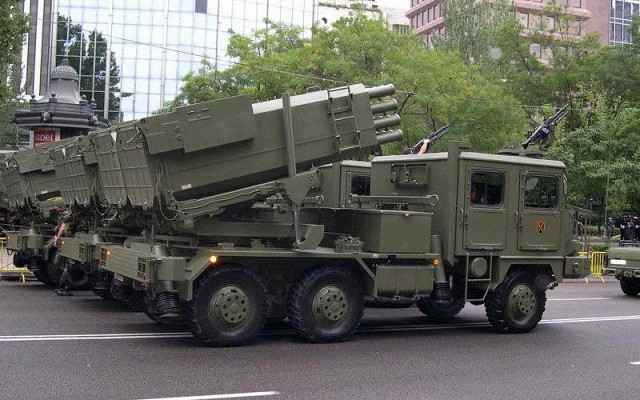 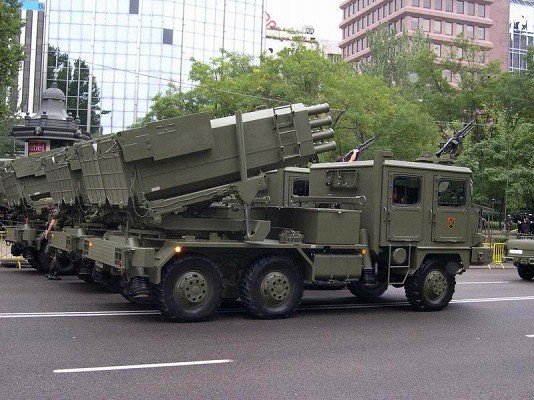 Rear side view of Teruel multiple rocket launcher on the move. 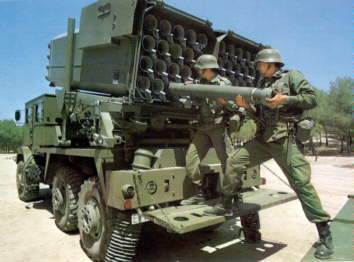 Teruel being reloaded by hand, one rocket at a time. 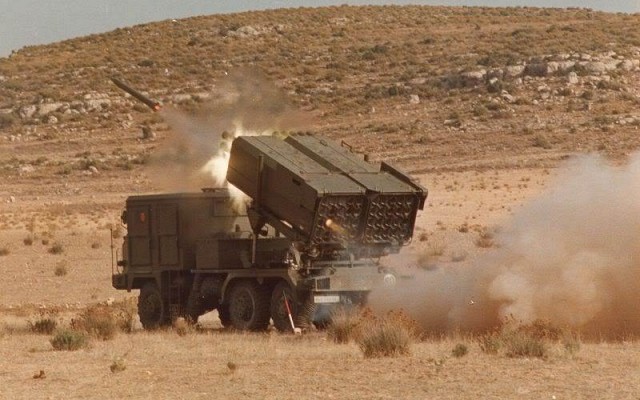 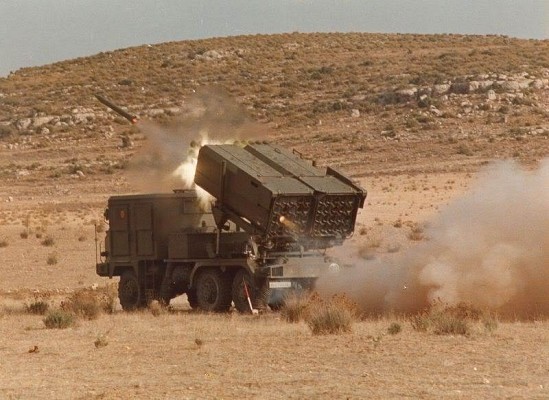 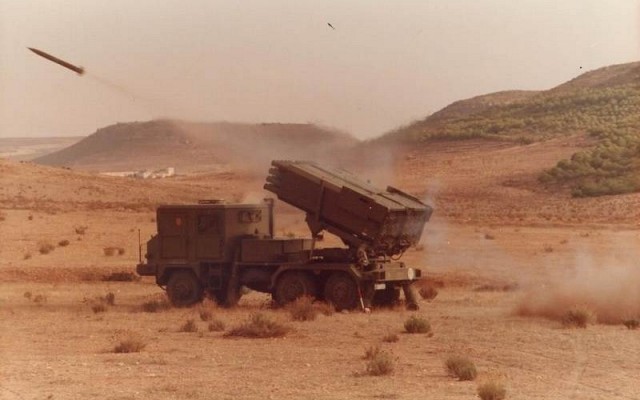 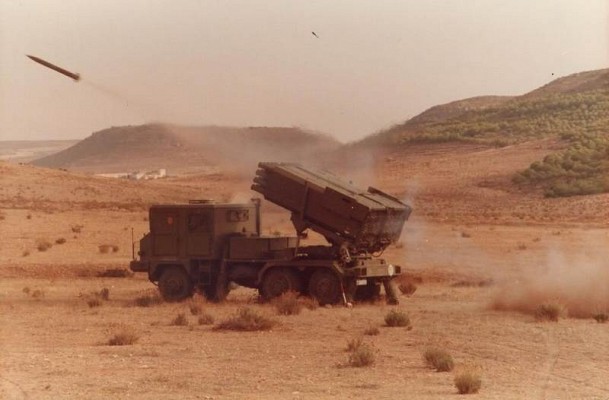 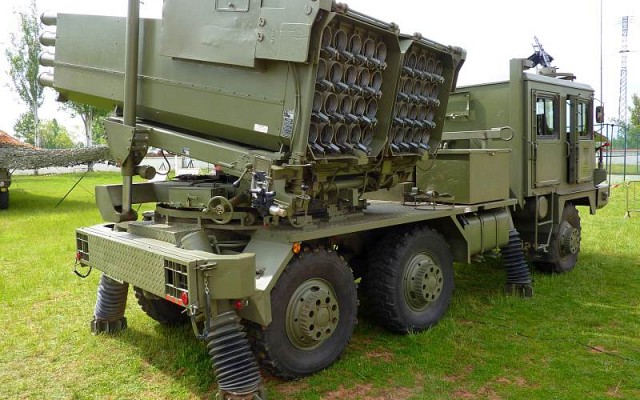 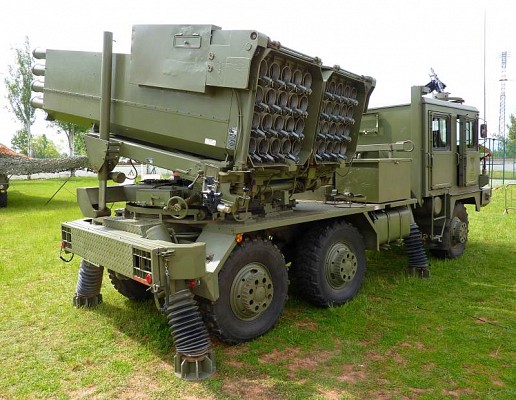 Teruel in the firing position with jacks lowered and launcher raised and traversed.

For self-defense a 7.62mm MG3 machine gun is fitted on the cabin roof.