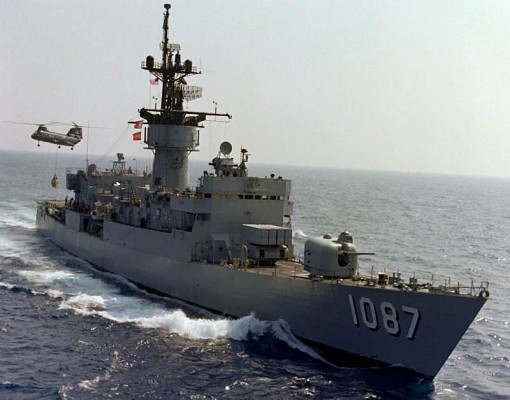 The Knox class is an early Cold War era frigate of US origin. It was developed in the 1960's the serve alongside older post WW2 era destroyers as an anti-submarine escort. At first it was designated a destroyer escort, but was later re-designated as a frigate.

The design is based on the older Garcia class ASW frigate. The Knox has a classic Cold War frigate layout with cannon and ASROC launcher on the bow. The superstructure with funnel doubling as sensor mast is located in the middle. Helicopter deck and hanger are at the rear. The Knox was the last US destroyer design with steam powerplant.

The Knox class is fitted with a single 127mm dual purpose Mk 42 cannon. The main armament is the 8-round Mk 16 ASROC launcher for ASROC anti-submarine and Harpoon anti-ship missiles. Additional ASW capability exists in the form of two twin launchers for Mk 44 and Mk 46 torpedoes. Short range air defense is provided by RIM-7 Sea Sparrow missiles, which were later replaced by a Phalanx CIWS. The helicopter deck allows for a single SH-2 Seasprite ASW helicopter.

The propulsion system consist of one Westinghouse steam turbine fed by two two Babcock & Wilcox boilers. The total power production is 35.000 shp which powers a single shaft. The maximum speed is over 27 knots.

The Knox class was produced in large quantities with the main user being the United States. Five modified Baleares class ships were built in Spain. Many Knox class frigates ended up in foreign navies as the Knox class was replaced by the Oliver Hazard Perry in US service. 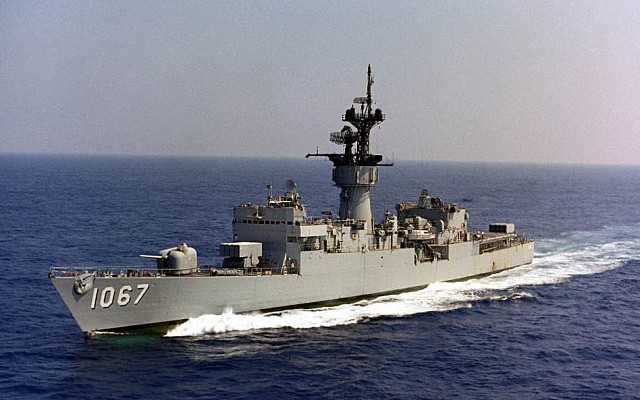 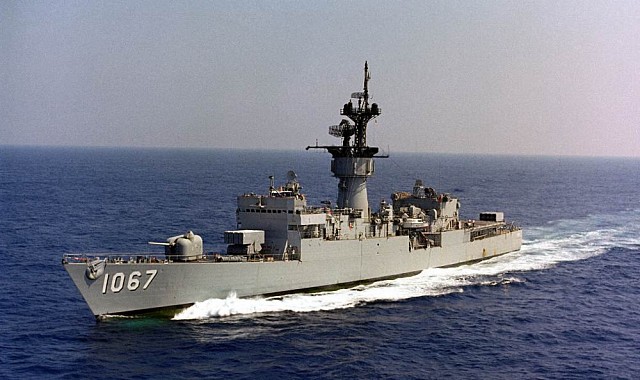 Left side view of US Knox class ASW frigate with Sparrow missiles. 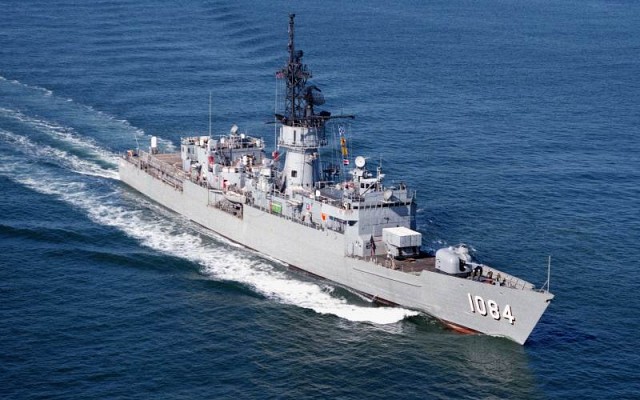 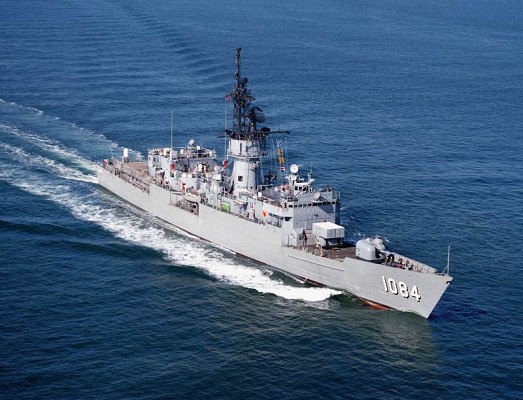 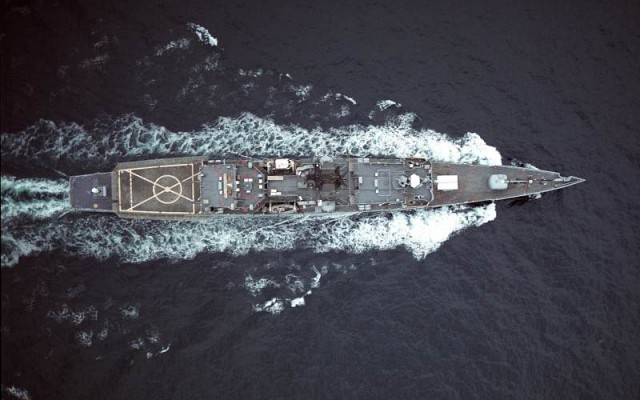 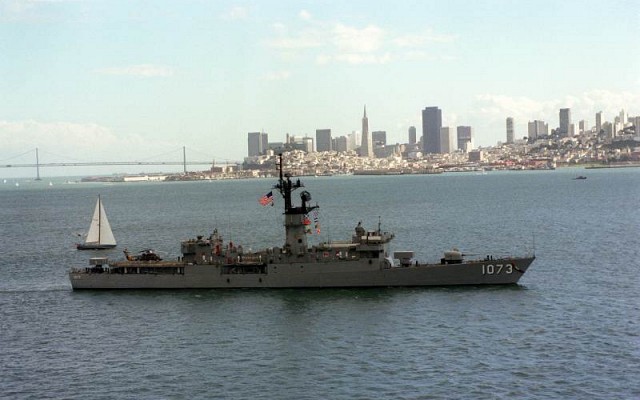 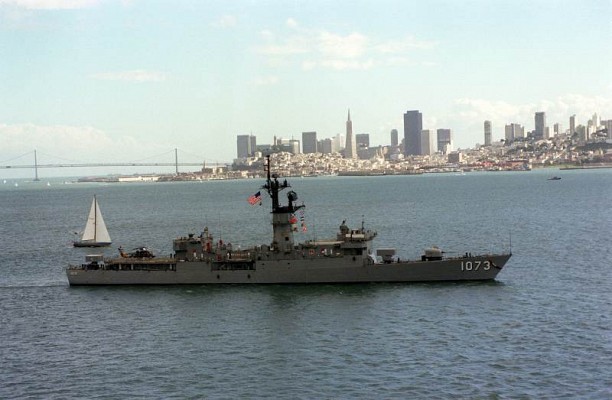 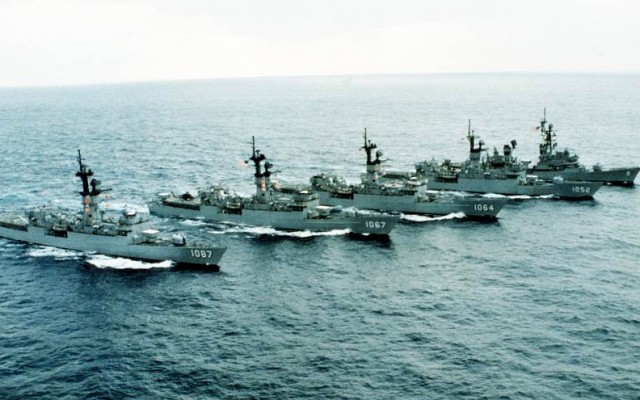 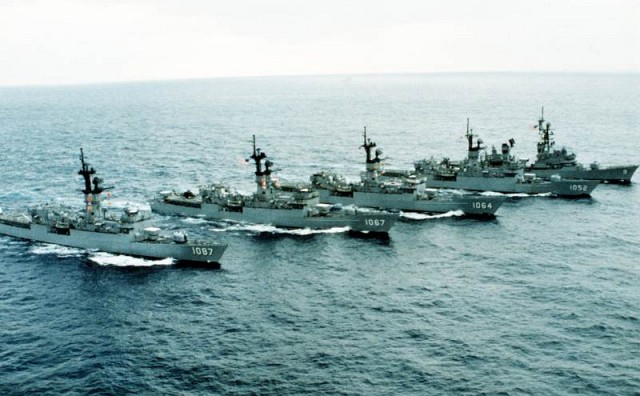 The Baleares class is a batch of 5 Knox class frigates produced under license in Spain. This class differs in having the Sea Sparrow system replaced by Standard SM-1MR missiles and associated targeting equipment. Additionally the lightweight Mk 46 torpedoes are replaced with Mk 37 heavyweight torpedoes.