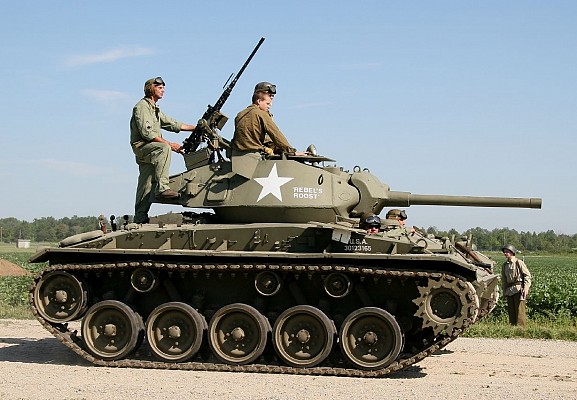 The M24 was designed to be as light as possible in order to have a good mobility. A crew of 5 operates the M24. The driver and bow gunner are seated in the front hull. The fighting compartment is in the middle and the engine is at the rear, although the drive sprocket is located at the front. The commander, gunner and loader are seated in the turret.

The main armament of the M24 is the 75mm M6 L/39 cannon, which was derived from the gun used on the B-25 Mitchell bomber. This allowed the M24 to engage most German combat vehicles. Two .30 M1919A4 machine guns were fitted, one in the bow and the other coaxially with the main armament. An 12.7mm M2HB heavy machine gun was fitted on a pintle mount on the turret roof for use against aircraft and ground targets.

The steel armor is 25mm at the hull front, 19mm at the sides and rear and 38mm on the turret. This protects the crew from small arms fire and shell splinters. Over the frontal arc heavier munitions can be stopped, such as 20mm autocannon rounds. Virtually all cannon and anti-tank weapons will penetrate the armor. There are no NBC system or smoke grenade dischargers.

For a World War 2 era vehicle the M24 Chaffee has a good mobility. The maximum speed is 56 km/h on land and 40 km/h off road. The M24 mounts the same twin Cadillac engines as the M5 Stuart, providing about 300 hp.

The M24 Chaffee was widely used by US forces during World War 2 and also saw limited service with UK forces. After World War 2 many vehicles were gifted to European nations and other US allies around the world. The M24 was also used in later conflicts such as the Korean War, Indo-China war and 1971 Indo-Pakistani war. In these conflicts the M24 proved useful for reconnaissance, but were no match for more modern tanks and anti-tank weapons. In US service the M24 was replaced by the M41 Walker Bulldog. 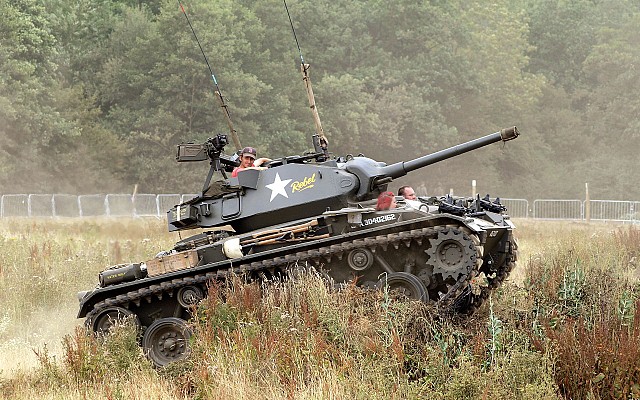 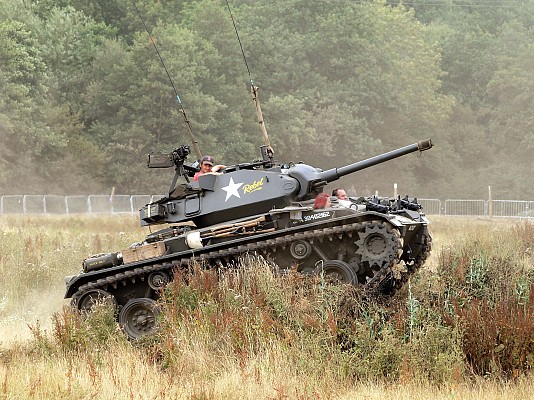 Fully restored M24 Chaffee in the field during a public display in 2010. 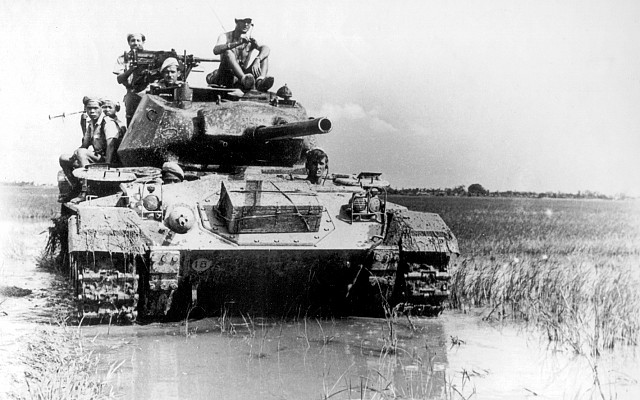 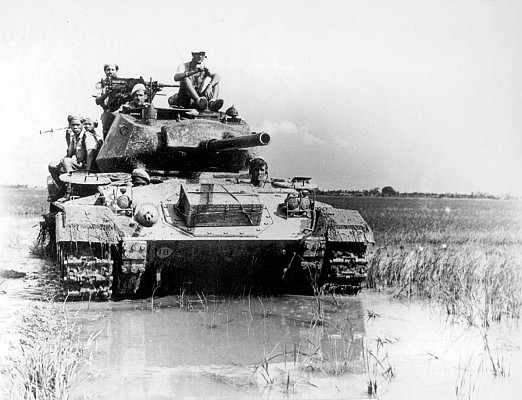 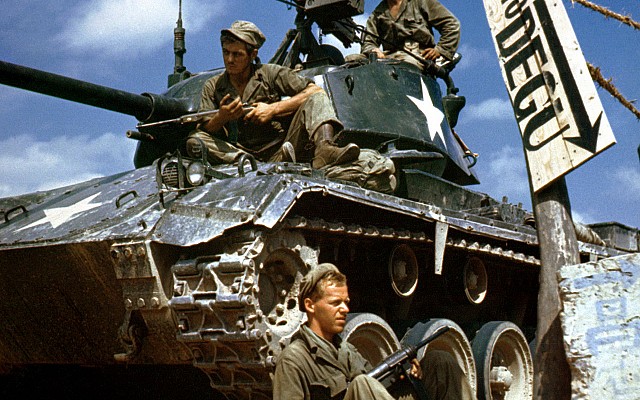 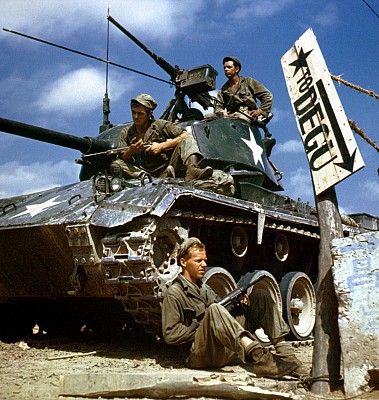 US forces with the M24 Chaffee light tank during the Korean War. 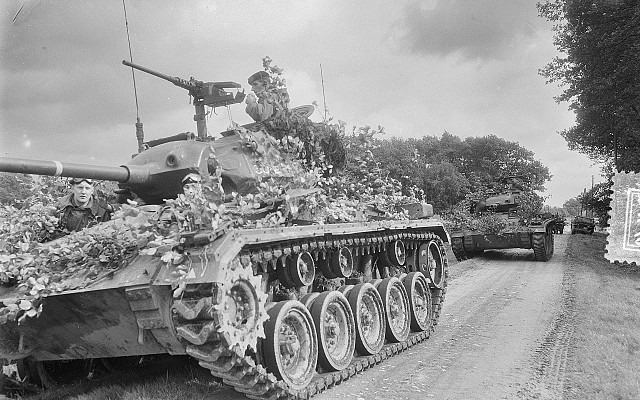 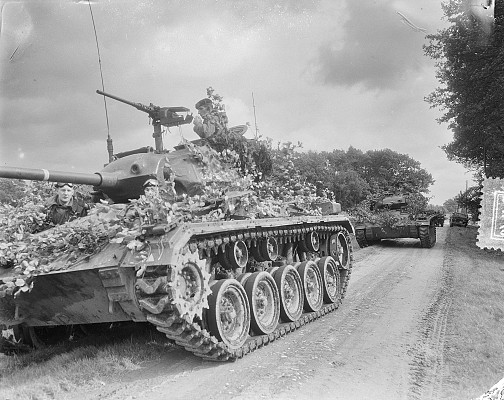 The .50 Browning M2HB is fitted on a pintle mount on the roof. This provides a degree of protection against aircraft and is useful against light armored vehicles and infantry emplacements.

Vehicles based on the M24 Chaffee chassis 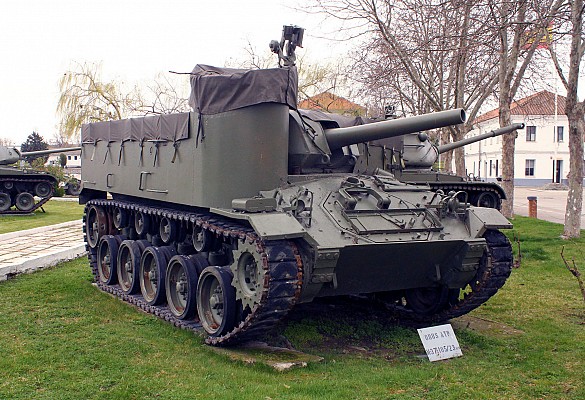 Self-propelled howitzer based on a lengthened M24 Chaffee chassis. Instead of a turret a 105mm howitzer is fitted in an open roof casemate superstructure.

Self-propelled howitzer based on the M24 light tank chassis. Armed with a 155mm howitzer in an open rear compartment. 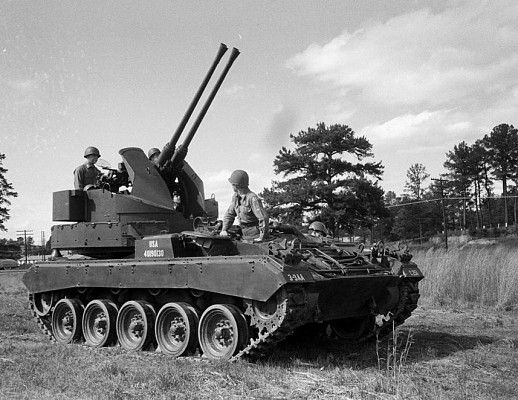