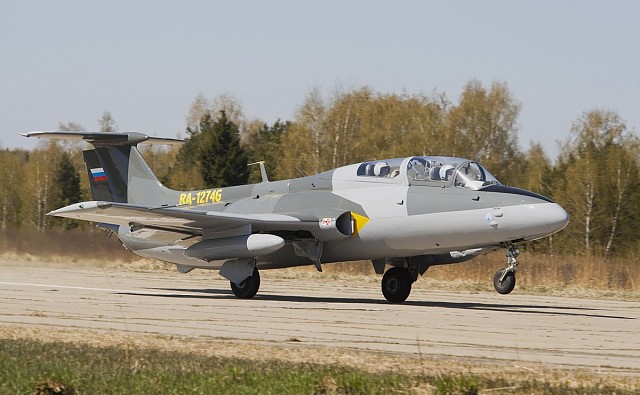 The L-29 Delfin is an early Cold War era jet trainer of Czechoslovak origin. It was developed to train pilots in flying jet aircraft and has a secondary weapons trainer and light strike role. The L-29 was produced in large numbers and was one of the most successful weapon system designed and produced in the Warsaw Pact.

The L-29 Delfin seats trainer and trainee in a tandem cockpit configuration. Like many first generation jet aircraft the wings are straight and not sloped rearward. A single turbojet engine provides thrust. There is an air inlet in each wing root. Avionics are basic, there is no radar. A single hardpoint under each wing allows for armament or an external fuel tank.

There is no internal gun on the L-29. The hardpoints are rated at a maxiumum 120 kg of armament or a 150 L fuel tank. The most common type of armament are a FAB-100 freefall bomb or a R57-4M quadruple launcher for 57mm S-5 aerial rockets.

The L-29 is a jet trainer, but operates at speeds normally associated with higher end propeller aircraft. The turbojet engine provides up to 8.7 kN of thrust and has no afterburner. Maximum speed at ground level is 605 km/h. Cruise speed is 545 km/h.

The L-29 Delfin was produced in large numbers, over 3.600 were produced in a decade. It was the primary jet trainer of the Soviet Union and many Warsaw Pact nations. Many Soviet allies acquired the L-29 under finance of the USSR. In Africa and the Middle East the L-29 was often used as a light strike aircraft. 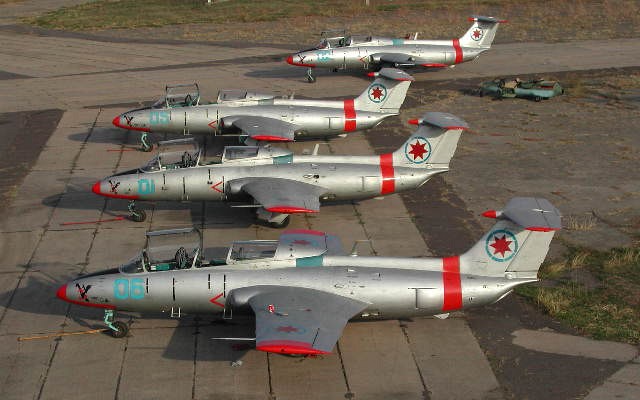 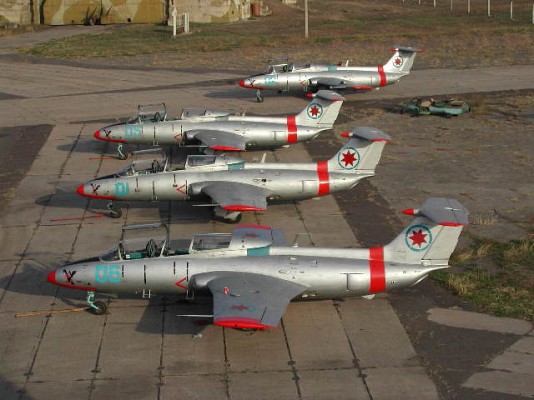 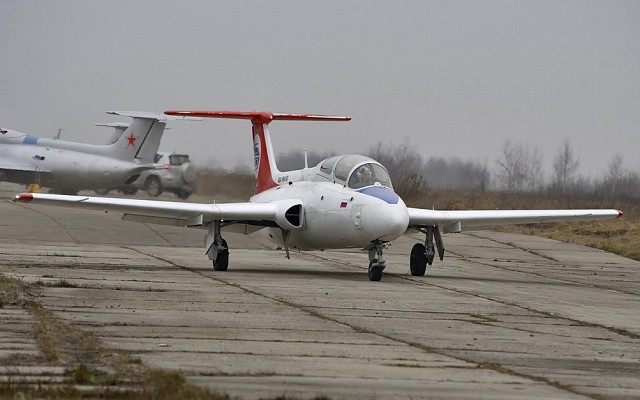 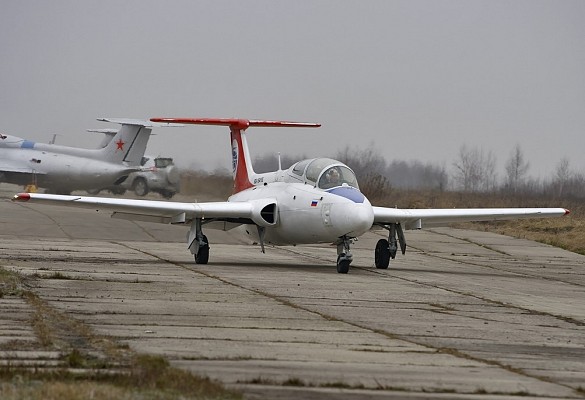 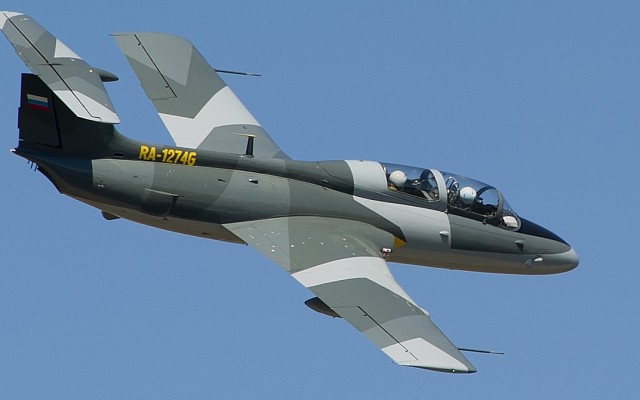 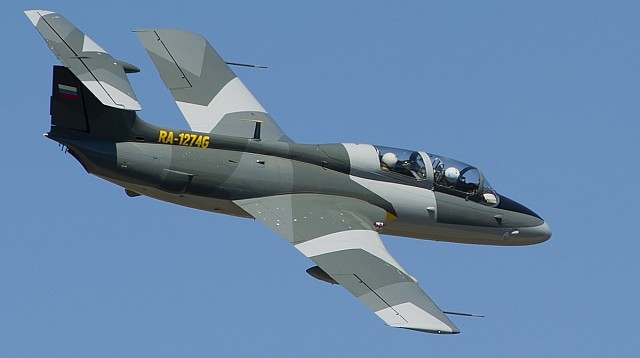 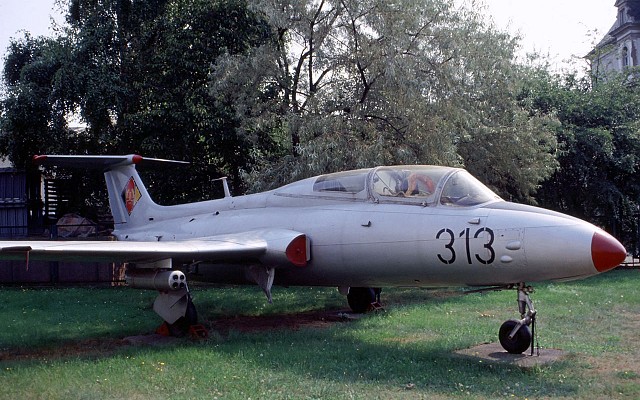 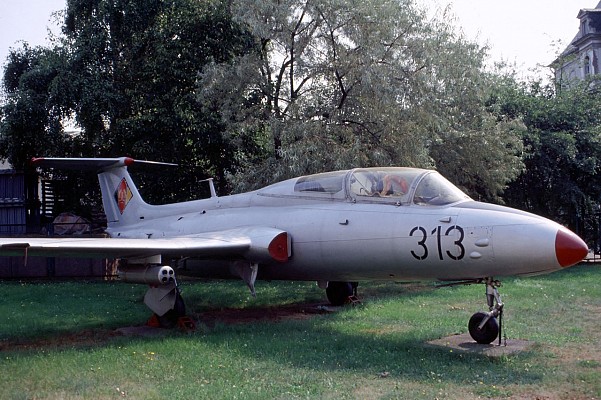