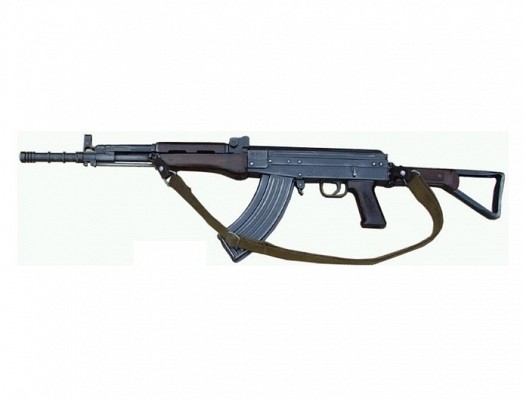 The Type 81 is a late Cold War era assault rifle of Chinese origin. It was developed to replace both types of Type 56, which are clones of the Soviet AK-47 and SKS respectively. The Type 81 contains design features from both the AK-47 assault rifle and the SVD sniper rifle. In the form of the Type 87 prototype the design served as a testbed for the 5.8x42mm round.

The Type 81 was adopted as the principal assault rifle of the Chinese forces in 1981, but was only fielded in quantity in the late 1980's. In frontline service the it has been replaced by the QBZ-95, but it remains in widespread use by secondary and reserve forces. Various nations in Asia and Africa acquired the Type 81, sometimes with rights for local production.

The Type 81 is the standard rifle version and is fitted with a fixed stock. The Type 81-I is similar except for the side folding stock, which is of a similar design as the one on the Type 56-2.

The Type 81 light machine gun is derived from the Type 81 rifle. It is fitted with a fixed longer and thicker barrel, a bipod, carrying handle and heavier wooden stock. It has a slightly higher rate of fire than the Type 81 rifle and feeds from 75 round drum or standard 30 round magazines.