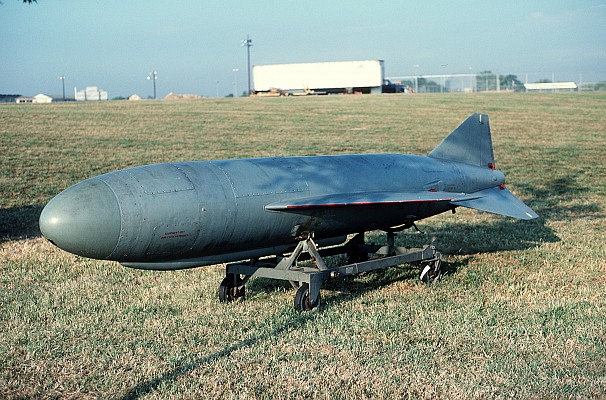 P-15 Termit anti-ship missile on display at a US Air Force base. Note that the solid propellant booster is missing.
Source: US DoD - © Public domain

The P-15 Termit is an early Cold War era anti-ship missile of Soviet origin. It was developed as a cost effective missile to arm small missile boats. The P-15 Termit is notable for being the first anti-ship missile sinking a Western destroyer, the Israeli INS Eilat in 1967. The P-15 Termit was produced in large numbers. The variants including a wide range of Chinese models and the late generation Soviet P-15M, which are described separately. Despite being obsolete by today's standards small numbers remain in service.

The P-15 Termit is a large cylindrical anti-ship missile with swept wings and three tail fins. A solid propellant booster rocket located underneath creates initial velocity and is then jettisoned. The sustainer engine at the rear uses highly toxic liquid propellant. The fuel and oxidizer are held in two large tanks. The warhead is located in the middle and the seeker is located in the nose.

Targets are detected by the ship's surface search radar and entered into the guidance section using the fire control computer. An autopilot guides the missile to the target area. The active radar seeker has a detection range of 10 to 20 km, depending on target size and weather conditions. A variant with a large infrared seeker was developed as well. The P-15 Termit flies 100 to 300 meters above sea level.

Maximum range of the P-15 Termit is about 40 km. Flight speed is subsonic at about Mach 0.9. Practical range might be less due to the radar horizon of the launch vessel. The chance to hit a frigate size target is about 70%. The high explosive warhead is rather large, containing over 300 kg of explosive. 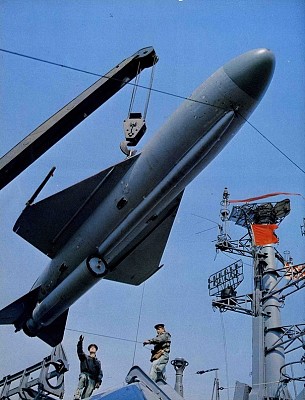 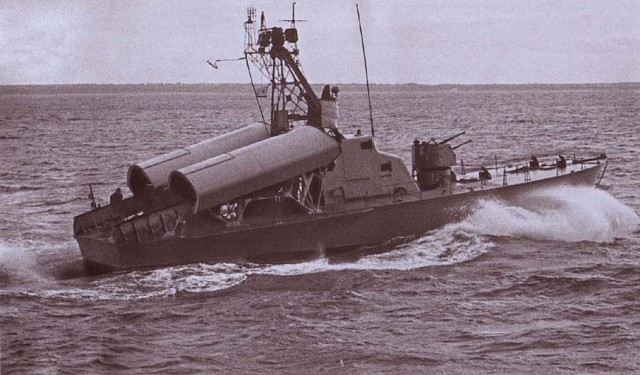 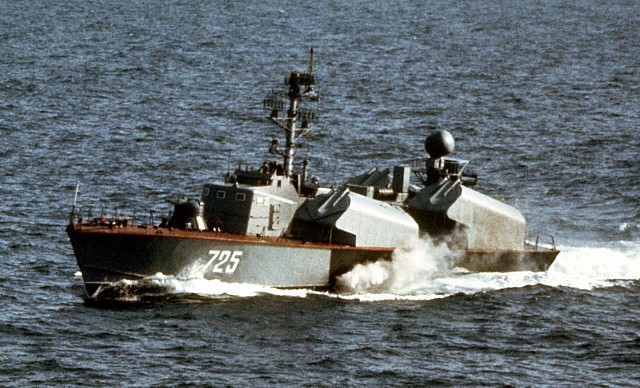