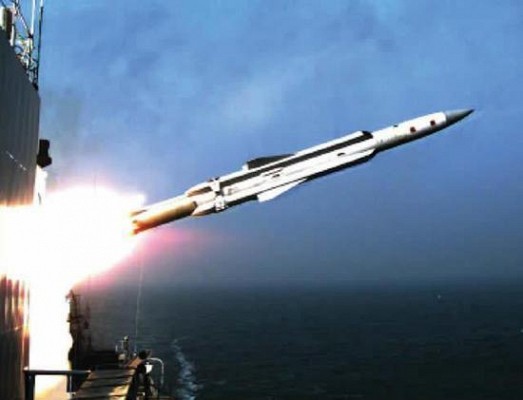 The YJ-12 is a modern supersonic anti-ship missile of Chinese origin. It is an indigenous design based on ramjet design elements present on Soviet anti-ship missiles. The YJ-12 was developed to supplement and replace both medium size YJ-83 and long range YJ-62 anti-ship missiles. Both are subsonic missiles deemed to vulnerable to modern medium range air defense and close-in weapon systems.

The YJ-12 is a supersonic missile with external similarity to the smaller Kh-31A (NATO: AS-17 Krypton) and larger 3M80 Moskit (NATO: SS-N-22 Sunburn) anti-ship missiles. The body has a cylindrical shape and the radar homing seeker and warhead are located in the nose section. Four long angular air inlets provide air for the liquid fuel ramjet engine in the body. There are four wings in the middle and four tail fins near the nozzle. Reportedly the YJ-12 can carry out evasive maneuvers in flight.

The YJ-12 features a radar homing seeker in the nose. This most likely is both a passive homing an active radar homing seeker. The missile is guided towards the target area by means of an inertial navigation system augmented with Beidou GPS guidance. The GPS guidance possibly provides a secondary land attack capability. Presence of a datalink is unconfirmed but deemed plausible.

All three models of the YJ-12 seems to be in active service with China. The air launched variant was adopted first and is used on various models of the H-6 bomber and possibly the J-16 fighter aircraft. Various older large surface combatants have been retrofitted with the YJ-12A missile. These include the Chinese version of the Project 956E (Sovremenny) class and Type-051B (Luhai) class. The coastal defense system was the last to enter service, and the export model has been acquired by Pakistan. 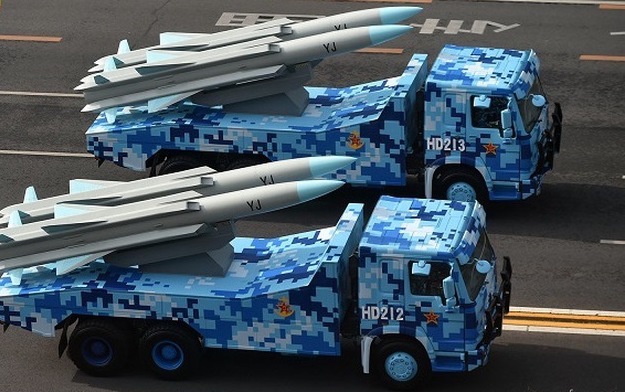 YJ-12 anti-ship missiles seen during a military parade. These trucks are for showcasing these missiles and are not launch vehicles.
Source: Chinese internet - © Copyright lies with original owner

YJ-12
Air launched variant without booster section since the host aircraft provides initial velocity upon release. First introduced around 2014. Can be carried by aircraft such as the H-6K bomber and J-16 fighter.
YJ-12A
Ship launched variant of the YJ-12. Features a booster section that creates the initial velocity for the ramjet engine. Introduced around 2017. Fitted in launch containers since it is too large for a vertical launch system.
YJ-12B
Coastal defense version of the YJ-12. Introduced late in 2018 or in 2019. Three missiles are carried on a large 10-wheel launch vehicle.
CM-302
Export model of the YJ-12 missile with booster section for use on ships and coastal defense systems. First offered for export in 2016. 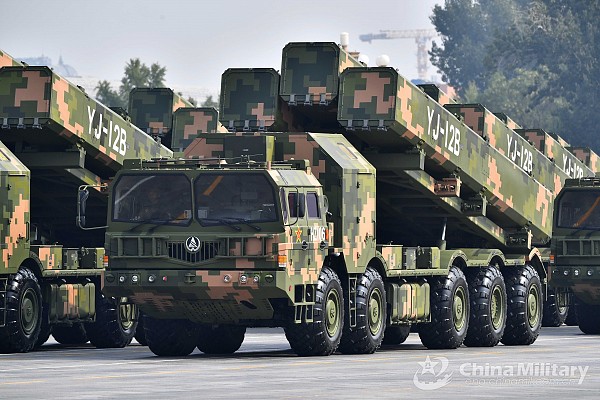 H-6 bomber
The H-6K and H-6N variants of the H-6 bomber are able to carry and launch four YJ-12 missiles. The H-6J can carry six. The H-6L is a conversion of existing H-6G bombers with provisions for two YJ-12. These conversions became operational in 2019.
Type-051B class
The single Type-051B (NATO: Luhai) class destroyer has been fitted with 4x4 YJ-12A, replacing the subsonic YJ-83.
Project 956E class
Both Project 956E class destroyers have been retrofitted with 2x4 YJ-12A since 2015 and 2018 respectively, with the first re-entering service in 2019.
YJ-12B
Coastal defense system based on a 10-wheel launch vehicle. 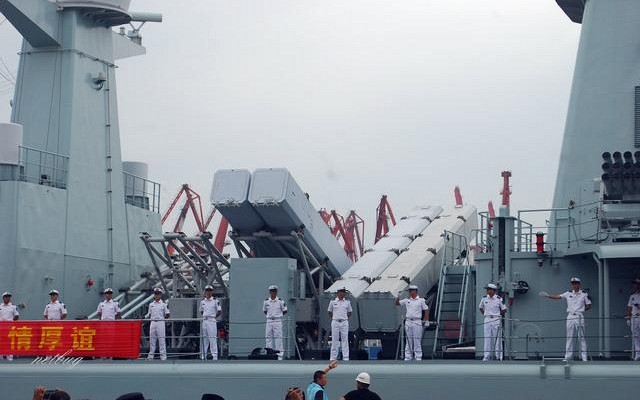 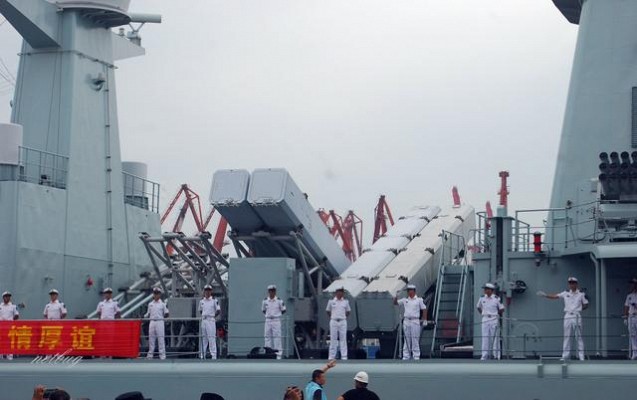 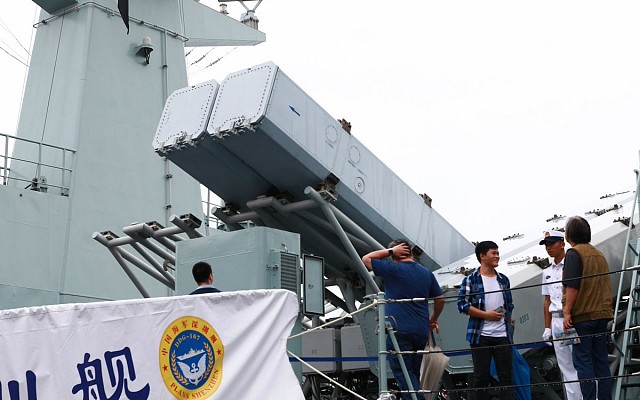 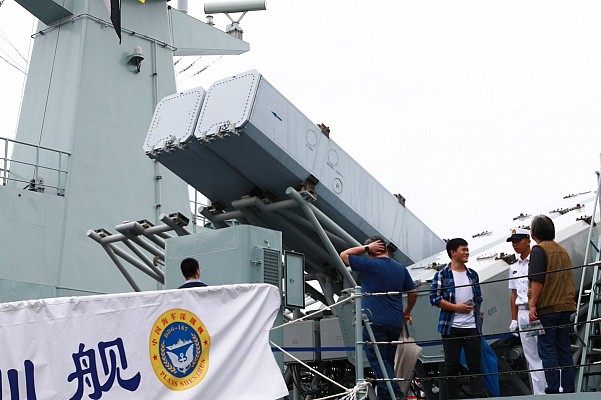