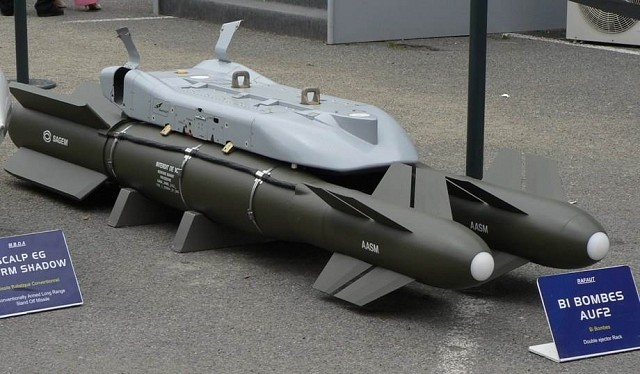 The AASM is a modern rocket assisted guided bomb of French origin. It was developed for use as a precision stand-off weapon. Protracted development made that France acquired the Enhanced Paveway II as an interim weapon. For export sales the AASM is also referred to as HAMMER. Reportedly the AASM proved highly effective in combat.

The AASM is based on a conventional dumb bomb and adds a guidance section to the front and a booster section at the rear. The booster section consists of a solid propellant rocket engine and four fixed wings. The guidance section comes in three types of seeker heads and features eight clipped wings that double as control surfaces. All three options use GPS and inertial navigation. One option adds imaging infrared terrain mapping guidance and another adds semi-active laser guidance.

The AASM is based around a 250 kg bomb section. These include Mk 82 or BANG conventional bomb or the BLU-111 penetration bomb. Bomb sections of 125 kg and 1.000 kg can also be used. The maximum range is over 50 km with a high altitude launch and 15 km with a low altitude launch. GPS guidance provides a 10 meter CEP. The imaging infrared model has a CEP of 1 meter when conditions allow it to be used. The laser guided model has a CEP of roughly 1 meter.

The AASM can be carried by a variety of aircraft, including the Rafale and Mirage 2000.

The AASM was first acquired by the French air force and navy. It was actively used by French forces in Afghanistan and Libya. Several nations in the Middle East have acquired the AASM. 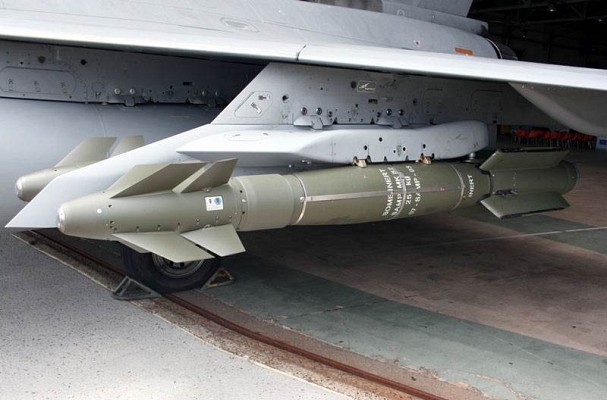 The AASM combines guidance kits and a solid fuel rocket motor with conventional dumb bombs. Currently the AASM is based on a 250 kg bomb. Bomb bodies include the ubiquitous Mk 82, BLU-111 penetrator and CBEMS/BANG. A 125 kg bomb was tested in 2009 and a 1.000 kg model is proposed.

SBU-38
Orignal model witn inertial navigation system and GPS guidance. It has a CEP of 10 meters and was introduced in 2007.
SBU-54
Adds imaging infrared homing to the SBU-38. This model matches the target area with a picture stored in memory for a 1 m CEP. It can be used day and night, but only has increased accuracy in fair weather.
SBU-64
Adds laser guidance homing to the SBU-38. It allows for improved accuracy and unlike the SBU-54 it can be used against moving targets. Introduced in 2013.