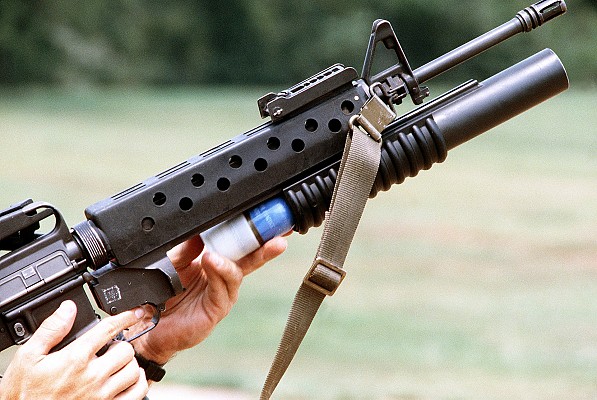 Close-up of a 40x46mm practice grenade being loaded into a M203 under barrel grenade launcher.
Source: US Air Force - © Public domain

The M203 is a breech loaded grenade launcher that uses the same ammunition as the M79 it was intended to replace. In order to load the M203 the barrel is moved forward and the round is inserted. The weapon is cocked and ready to fire when the barrel slides back in position. The M203 mounts on the M16A1 just in front of the magazine. The magazine also acts as a sort of pistol grip since the single action trigger assembly is located behind the barrel. The launcher is attached to the rifle by means of a wider square forearm with various holes for cooling. The flip up mechanical sight is fitted on top of the forearm. Later variants of the M203 are quick detachable and will fit to more types of rifles.

The M203 is a single shot weapon that fires 40x46mm low velocity grenades. Besides the standard high explosive fragmentation rounds there is a wide selection of other rounds available. Due to the distance that the barrel slides forward upon reloading not all types of grenades can be loaded due to their length. An experienced operator can fire 5 to 7 rounds per minute. The effective range against point targets is 150 m. Area targets can be engaged out to 400 m.

The fist user of the M203 was the US military and it was used during the later stages of the Vietnam war and all subsequent conflicts. At first the M203 was only used by operators of the M16 series of assault rifles. Since the M203 became available in versions that will mount on other types of weapons its use expanded even further. The M203 is common in North and South America, Asia and Africa. 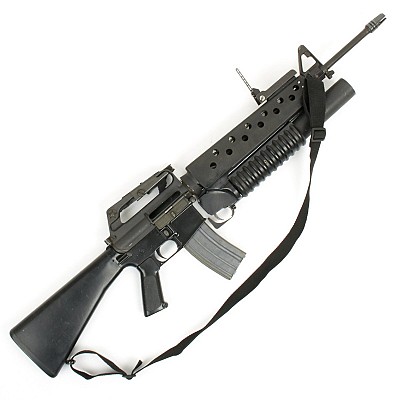 The original version of the M203 was designed to fit onto the M16A1 assault rifle. It is also used with the improved M16A2 series. It is attached to the rifle by removing the original handguard and replacing it with a much larger square one to which the launcher is attached. 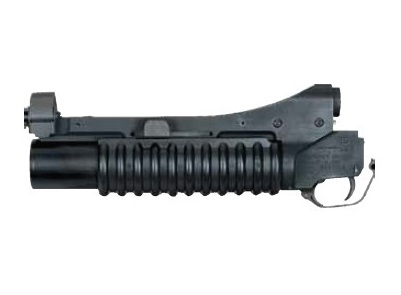 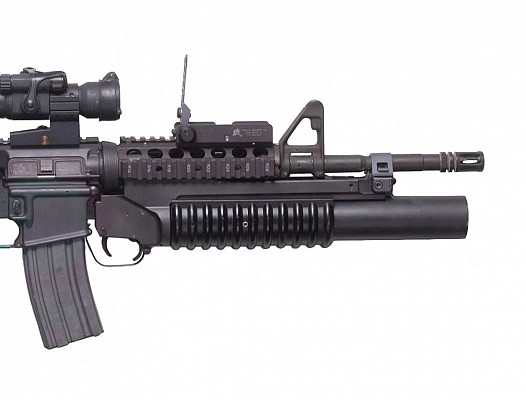 Variant of the M203 with Picatinny mounting bracket. Most often using a 12-inch barrel. Can be used on both M4 type and M16A2 type rifles fitted with a Picatinny quad rail handguard, known in US service as the MWS (Modular Weapon System) upgrade. The leaf sight is mounted on the top Picatinny rail. 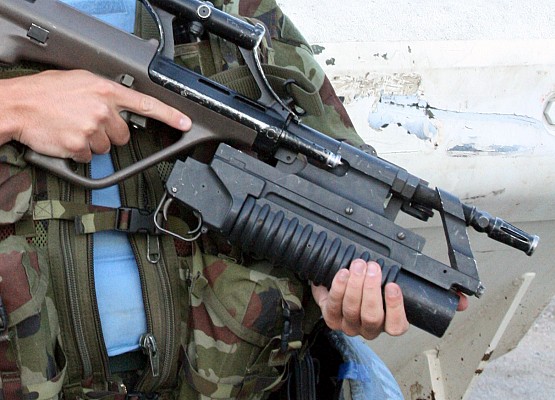 The M203PI is a derivative of the M203 developed as a private venture by R/M equipment in the late 1980's. The M203PI does not replace any handguard but uses a mounting bar. This comes in various models to suit foreign types of rifles such as the Steyr AUG. Early versions had the full length barrel, later versions the shorter barrel as used on the M203A1. It is also possible to mount a gripstock with pistol grip and shoulder stock for stand alone use. 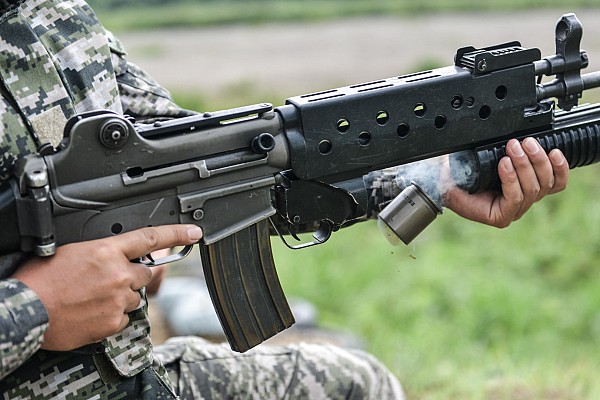 South Korean production model of the M203 produced by Deawoo. Features a forearm with venting holes similar to the original M203, but with different dimensions to suit the K2 assault rifle. 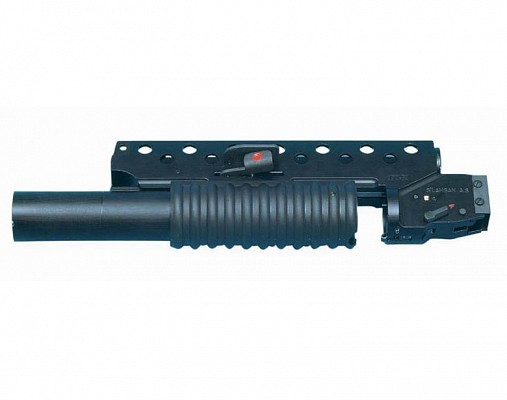 Turkish under barrel grenade launcher derived from the M203. Also has some design influences from the German HK 79. 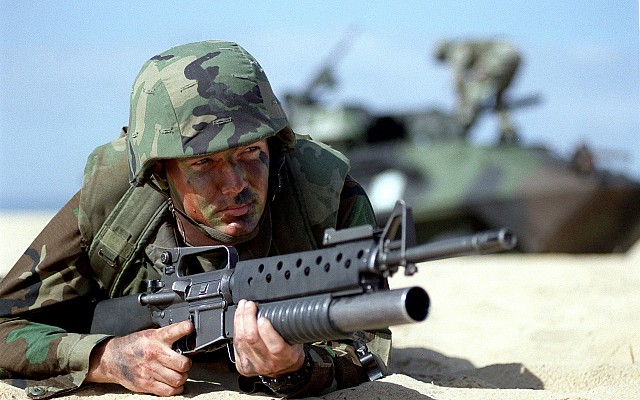 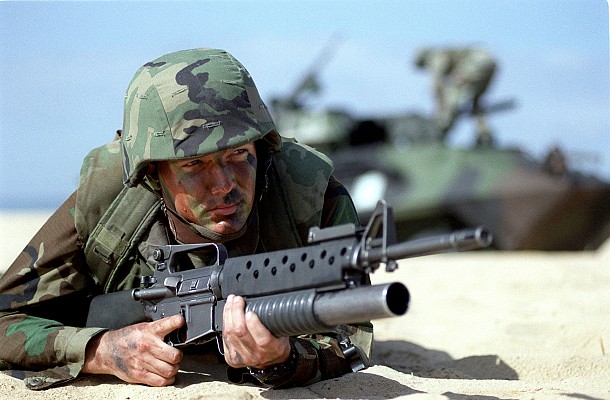 US Marine with M16A1 assault rifle fitted with M203 grenade launcher during an exercise in 1998. Note the distinct oversized vented handguard associated with the original M203. 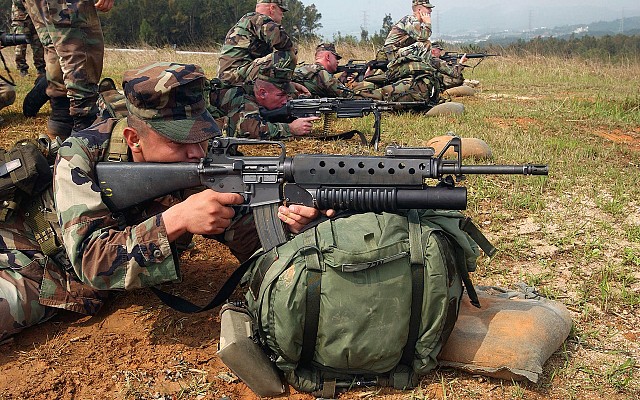 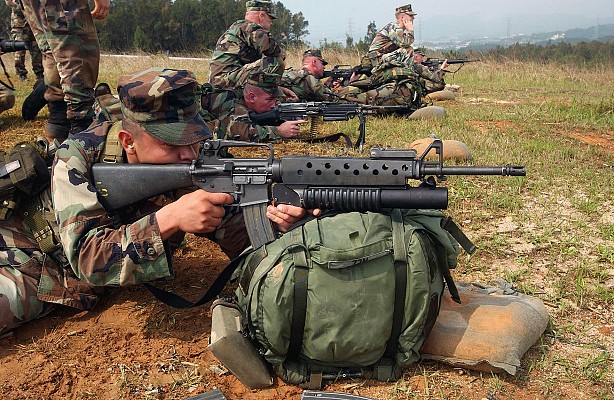 US Marine taking aim with a M16A2 assault rifle with M203 under barrel grenade launcher in 2002. 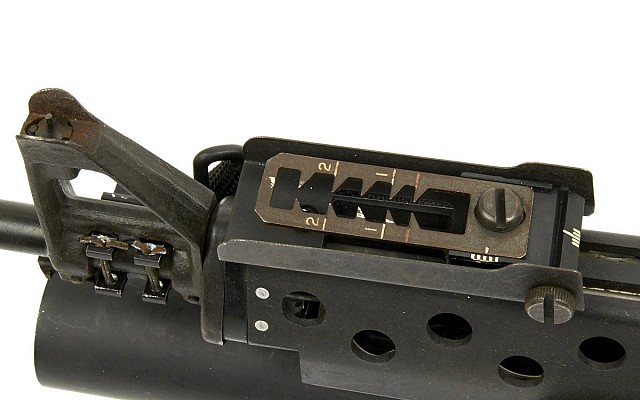 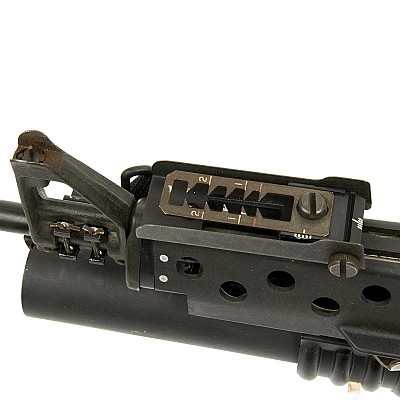 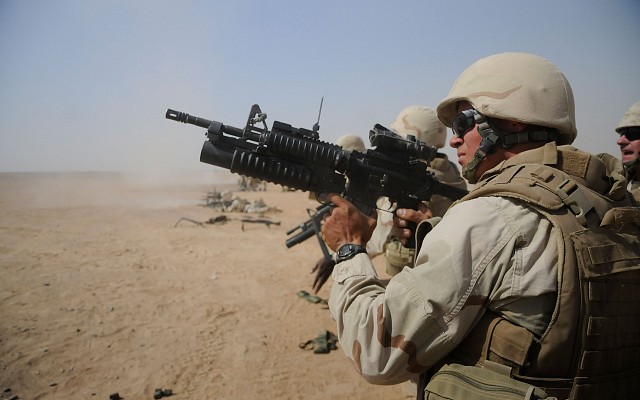 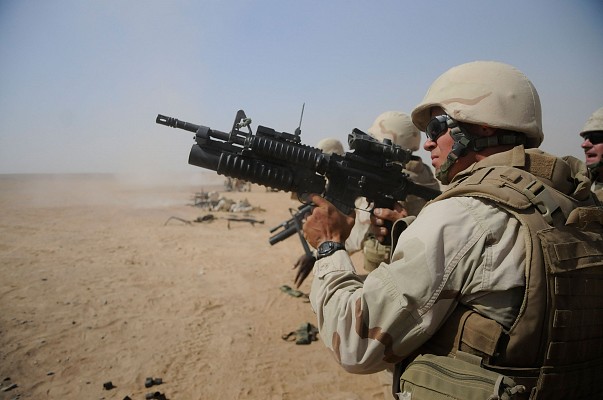 US Navy Seabee taking aim with M203A1 grenade launcher with 9-inch barrel attach to a M4-type assault rifle in Afghanistan in 2010. 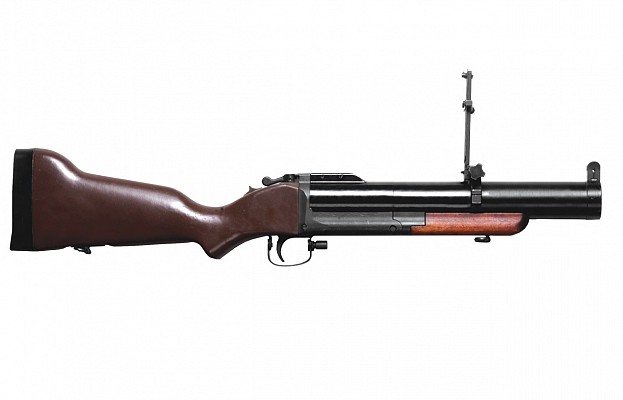 The M203 was developed to replace the M79. Both weapons fire the same 40x46mm NATO low velocity grenades.

The original M203 was developed for use on the M16 and M16A1 assault rifles, introduced during the Vietnam war and used until present day.