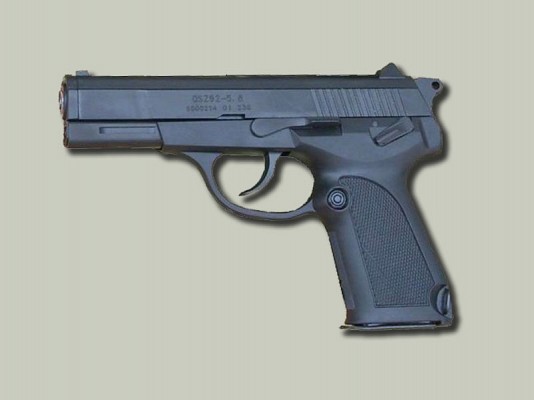 The QSZ92 is a short recoil operated pistol with a locked breech that is available in two calibers. The design is fairly conventional and features a manual safety and a dual stack magazine. The frame is made from polymer and the slide and internal mechanics are made out of metal. Two small rails in front of the trigger guard allow a laser or light to be fitted.

The QSZ92 is a semi-automatic pistol that is available in 9x19mm or the ingenious 5.8x21mm round with better armor piercing capabilities. The 9x19mm DAP-92 round used in this pistol is slightly more powerful than normal 9x19mm ammunition. The magazine size is 15 rounds in both calibers. The maximum effective range is quoted to be 50 meters.

The QSZ92 in 9mm is adopted by the Chinese law enforcement and the QSZ92 in 5.8mm by the military. Export variants are available and are also sold on the foreign market for civilian sales. 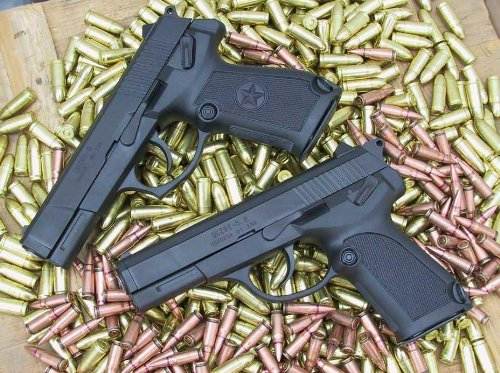 Left side view of QSZ92-9 on top and QSZ-92-5.8 below.
Source: www.thefirearmblog.com - © copyright lies with original owner

The QSZ-92 is a modern pistol of Chinese origin. It is believed that the 9x19mm model, named QSZ-92-9, was developed first and that the 5.8x21mm model, named QSZ-92-5.8, followed soon. Although the 5.8mm round is smaller than the 9mm round it has a similar magazine capacity since the 5.8mm round is bottle-necked. The 5.8mm model differs slightly to accommodate the different round and does not feature a Star on the grip plate.

The QSZ92G, or Gai for "improved", is fitted with an under barrel accessory rail introduced in the 2010's.

In Chinese military service the QSZ92 replaced the Type 59 pistol, the local production variant of the Makarov PM.