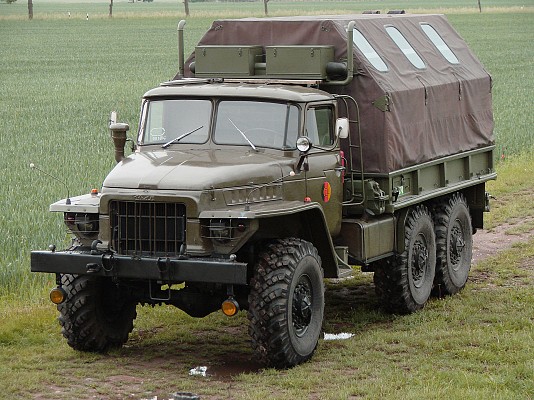 The Ural-375 is an early Cold War era tactical truck of Soviet origin. The Ural-375 has a 4.5 t payload capacity and fills the gap between the 3.5 t ZiL-131 and 7.5 t KrAZ-255. As a general purpose truck it was one of the most common and iconic Soviet vehicles.

The Ural-375 is a 6x6 tactical truck, that was also produced in 6x4 format for civilian use. The bonnet houses a V8 petrol engine. Early production models had a canvas roof and folding windshield. The Ural-375D with regular cabin is the most common version. A central tire pressure system is fitted and a 7 t winch is present most vehicles.

The Ural-375 can transport 4.5 t cargo in the field. Maximum towed load is 10 t. The chassis has been used to produce a wide range of specialist variants. These include tanker truck, tractor truck, various box body vehicles, the BM-21 Grad multiple rocket launcher system and various radar systems.

The V8 petrol engine produces 180 hp and the 6x6 drive provides good mobility in the field. A maximum speed of 75 km/h can be achieved. A major drawback is the fuel consumption, which is quite high. The Ural-375 has a good cross country mobility, even slightly better than its Ural-4320 successor.

The Ural-375 was produced in large numbers, with over 110.000 produced. It is an iconic Soviet vehicle that was also exported to many allies in the Warsaw Pact, the Middle East and Asia. From 1977 onward the Ural-4320 was introduced as a successor. However, the Ural-375 remained in production until the early 1990's. Many of these trucks are also in civilian use, especially in rural areas. 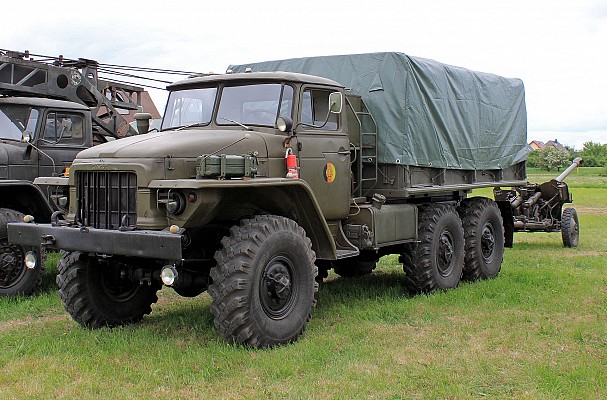 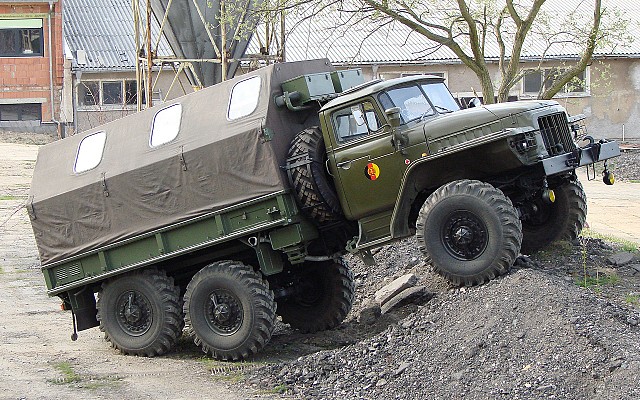 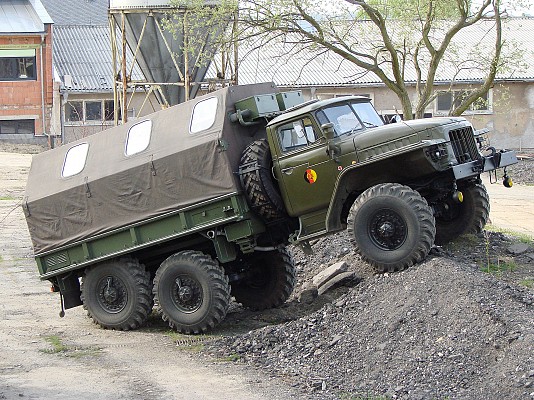 Former East German Ural-375D based maintenance vehicle parked on top of a hill to show off the off road capabilities. 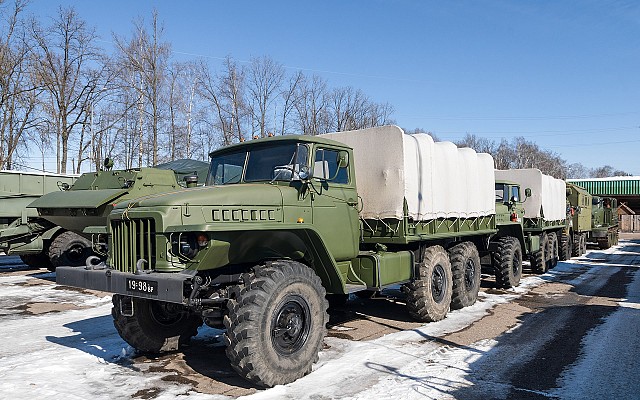 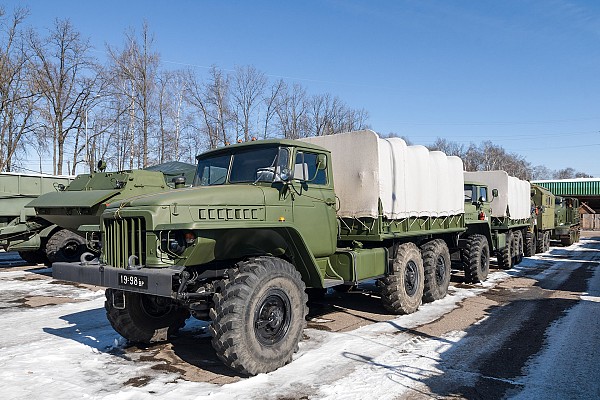 An Ural-375D with tarpaulin cover over the cargo area as seen in 2018. 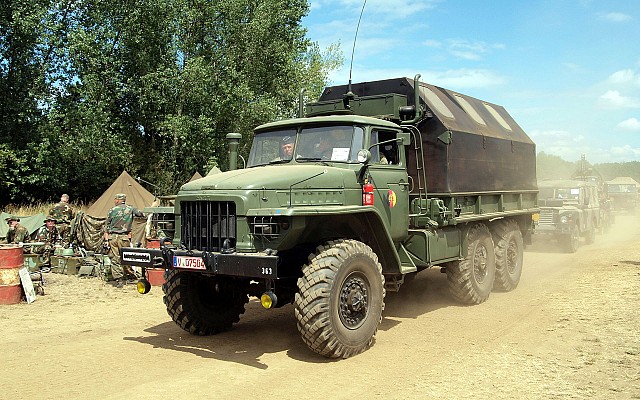 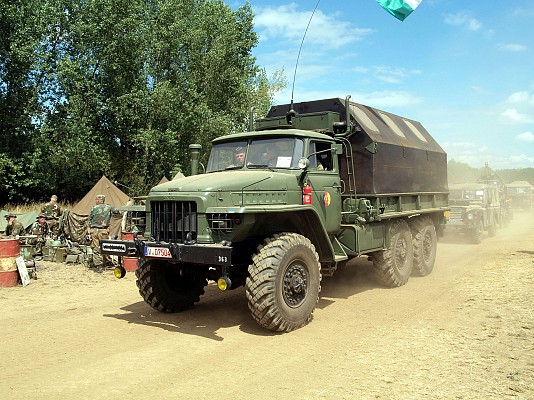 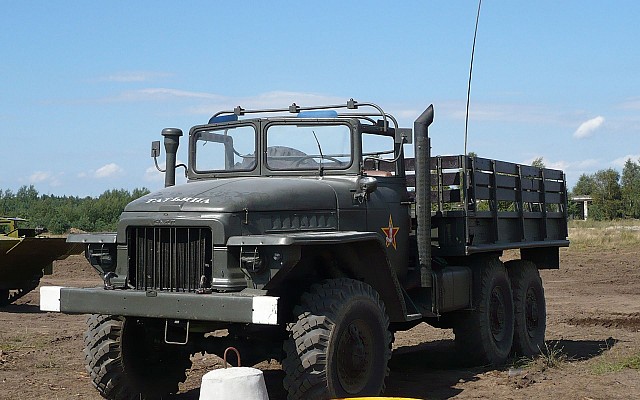 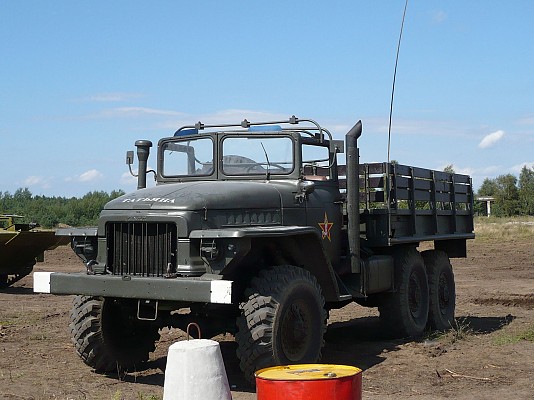 Original production model Ural-375 (no suffix) with its foldable windscreen and open roof that can be covered by canvas. 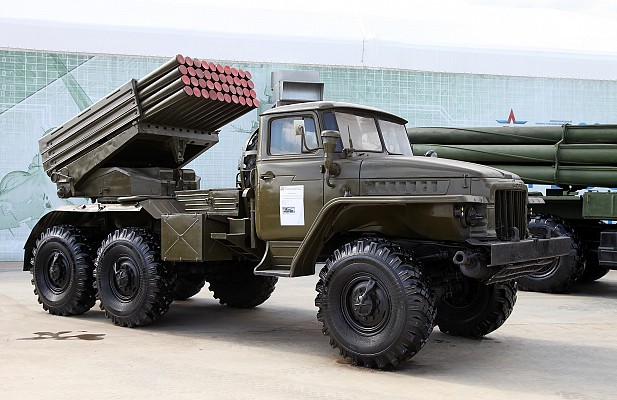 The 2B5 launch vehicle of the Grad 40-tube 122mm multiple rocket launcher is based on the Ural-375D. 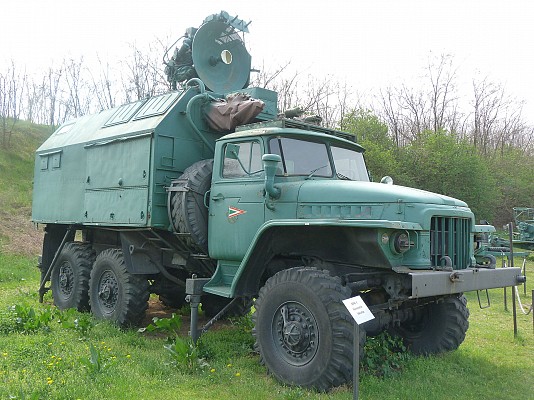 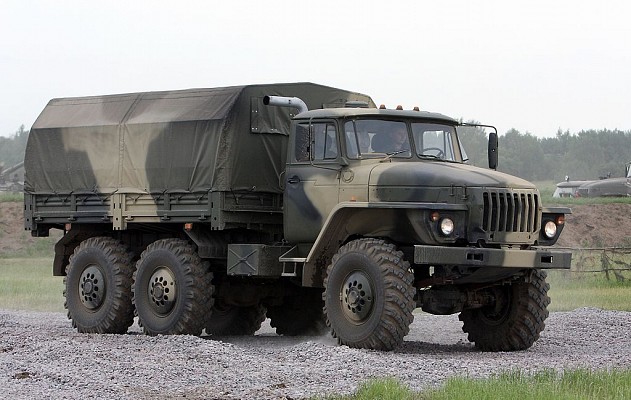