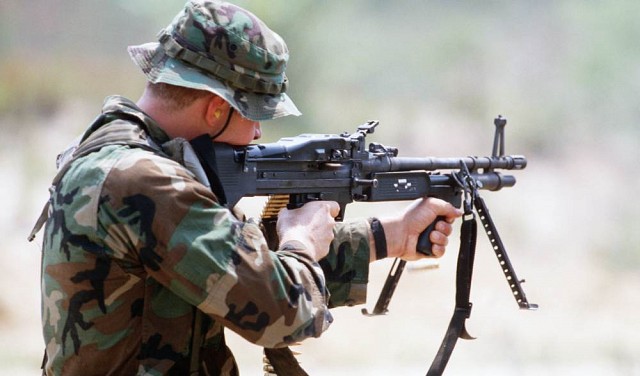 The M60-E3 is a late Cold War era machine gun of US origin. The design objective was to improve the suitability of the M60 in the infantry role. When introduced the M60-E3 was one of the lightest and most portable 7.62mm machine guns.

The M60-E3 retains the overall design and internal mechanism of the original M60. As such it is a belt fed gas operated weapon. The M60-E3 has been made much lighter by using lighter parts and thinner barrel. Ergonomics have been improved by fitting a forearm with vertical grip and placing the bipod further towards the rear.

The M60-E3 fires the 7.62x51mm NATO round from 50, 100 and 200 round disintegrating belts. With a rate of fire of 500 to 650 rpm the M60-E3 is very controllable despite its limited weight. The sustained fire capability is limited. Firing 100 rounds per minute requires a barrel change every 5 minutes. With 200 rounds per minute a barrel change is required every 2 minutes. 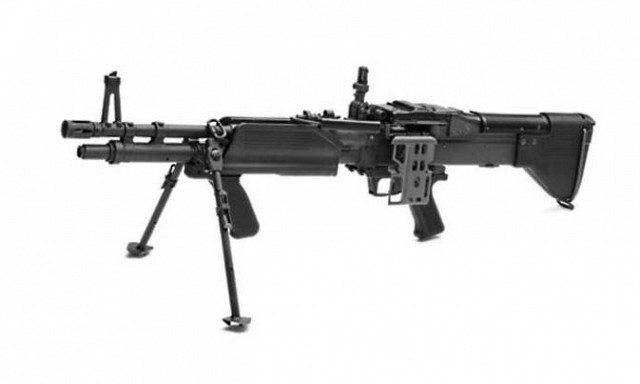 The M60-E3 is a lighter and more ergonomic redesign of the M60. It was produced in only one variant. Later on a shorter barrel was made available.

Due to its lighter barrel and less durable parts a vehicle mounted weapon based on the M60-E3 made little sense and was not developed.

The M60-E3 can be distinguished from the original M60 by the forward grip and bipod placement. The newer M60-E4 looks rather similar to the M60-E3. 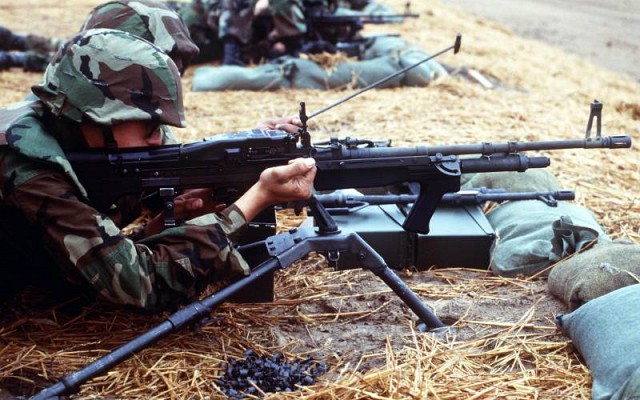 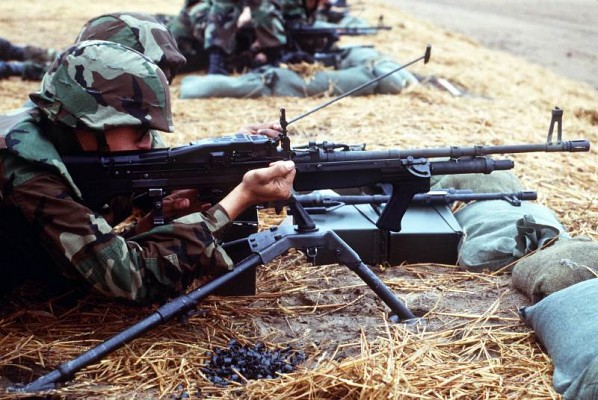 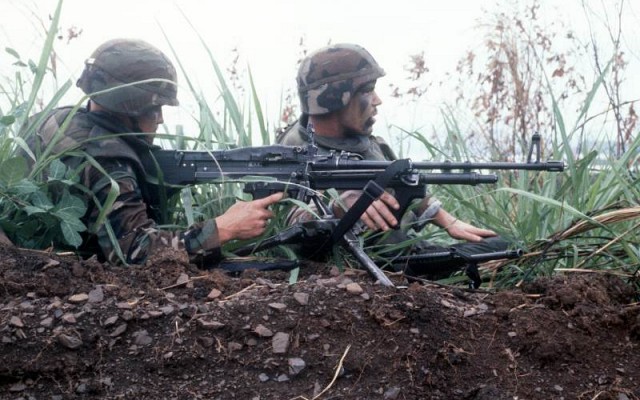 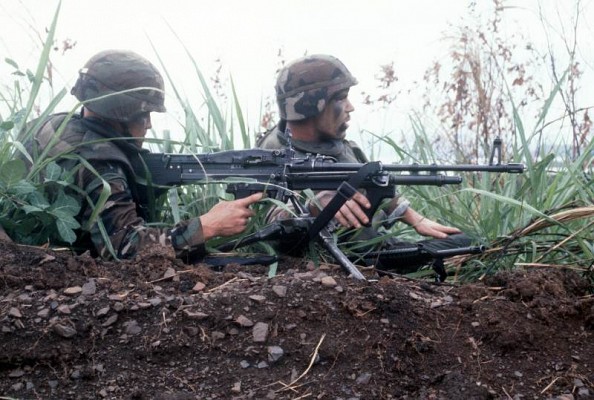 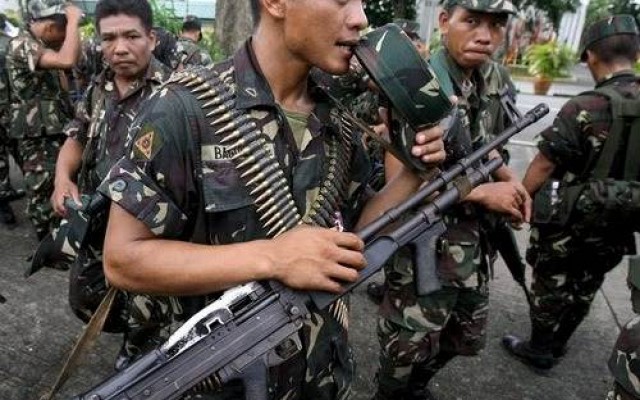 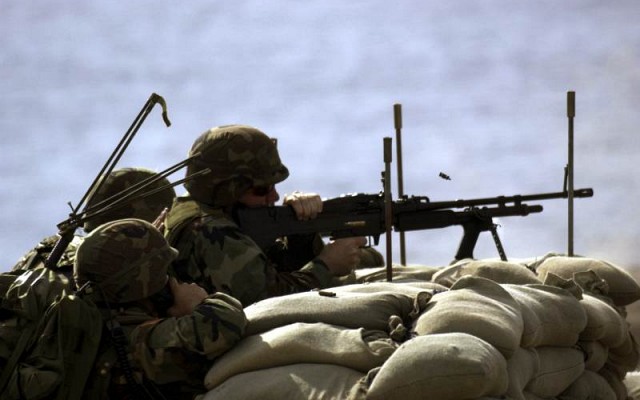 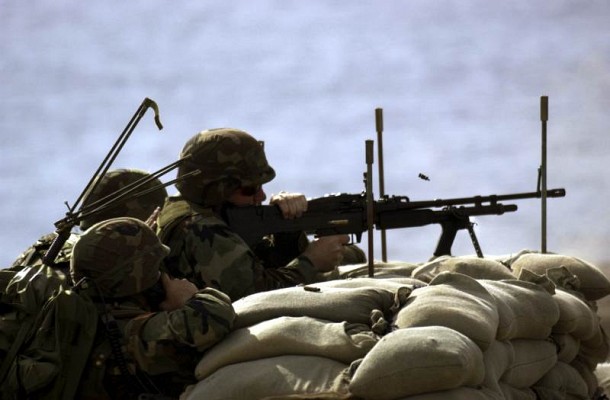 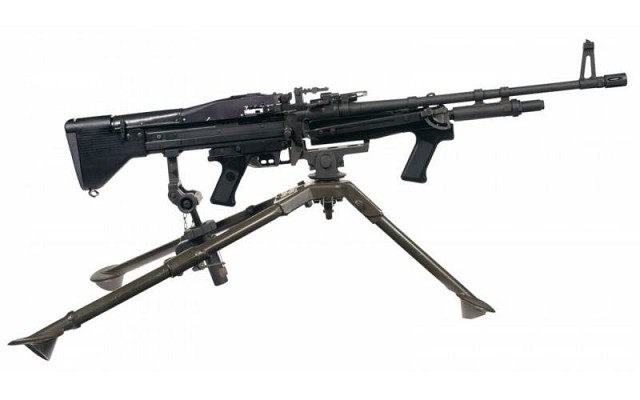 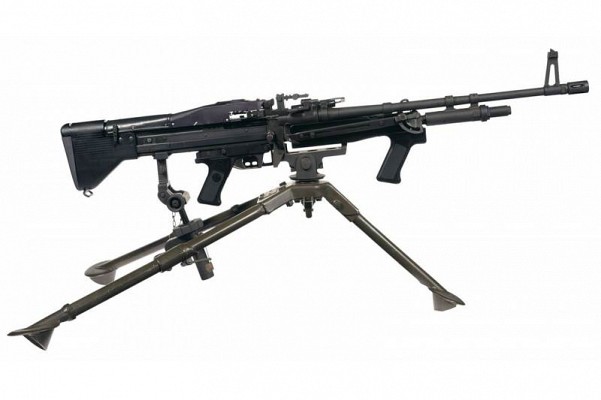 The M60-E3 has been derived from the original M60, which became an iconic weapon during the Vietnam war.