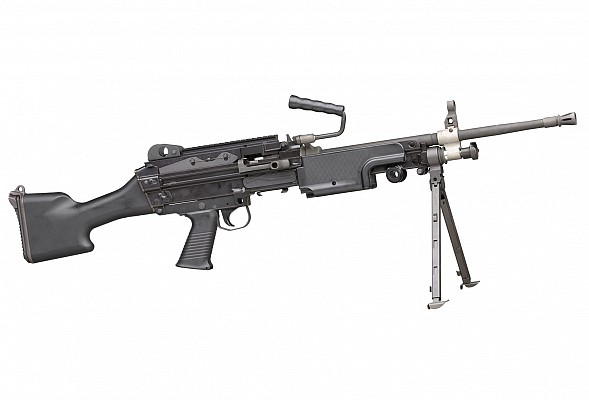 The Minimi is a late Cold War era light machine gun of Belgian origin. This was at first developed by FN Herstal in the 1970's in 7.62mm NATO as a lighter alternative to the FN MAG. To meet a US requirement it quickly adapted to 5.56mm NATO. In US service the Minimi is called the M249 Squad Automatic Weapon (SAW). The US adoption of the Minimi spurred widespread acquisition and also the development of various other 5.56mm belt fed light machine guns.

The Minimi is a gas operated machine gun using a long stroke gas piston and rotating bolt. It fires from the open bolt position for improved cooling and locks using a rotating bolt. It is a belt fed weapon with a backup magazine feed well. The barrel has a quick change mechanism and the carry handle attached to the barrel allows for swapping without gloves. Early models only had iron sights combined with optional rail for night sights. More recent models have Picatinny rails for mounting optics. Additional accessory rails can be added to the forearm to increase modularity.

The Minimi Para fires the 5.56x45mm NATO round. Upon introduction 200 round belts were used, carried in a large box attached to the receiver. Standard 30 round STANAG magazines are an alternative feed source, allowing the Minimi to use ammunition of squad mates if necessary. Since the 2000's the 100 round assault pouch developed for the Minimi Para is more commonly used. This is lighter and less bulky. The Minimi fires fully automatic only at a cyclic rate of fire of 700 to 850 rounds per minute. Point targets can be engaged to about 500 meters and area targets to about 800 meters. When using magazines the rate of fire is significantly higher, well over 1.000 rpm, often inducing stoppages.

The Minimi was first adopted in quantity by the USA as the M249 SAW. Subsequently many European and Commonwealth nations adopted the Minimi. Often two of these light machine guns replaced one medium machine gun in an infantry squad. The Minimi was also adopted by various nations in Asia and South America, including Japan and Indonesia. Over time various competitors were introduced, such as the Israeli Negev and German MG4. However, most full size Minimi have been replaced by the more compact Minimi Para model. Often by acquisition of new units or replacing various parts of existing Minimis.

Original production version with full length barrel and metal tubular stock. Introduced as the M249 ASW in US service in 1982. 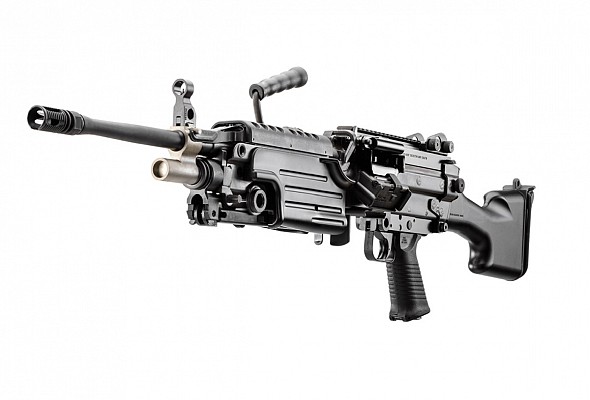 Variant developed in the US. Original M249s were updated using a Product Improvement Package. External differences include a fixed polymer stock and heat shield over the barrel.

FN Herstal update of the Minimi using some of the M249 PIP updates. The new polymer stock with space for hydraulic buffer is used. The heat shield is mostly omitted. Most Mk2 feature a Picatinny optics rail attached to the feed cover. The TR model adds tripple Picatinny rails to the forearm. 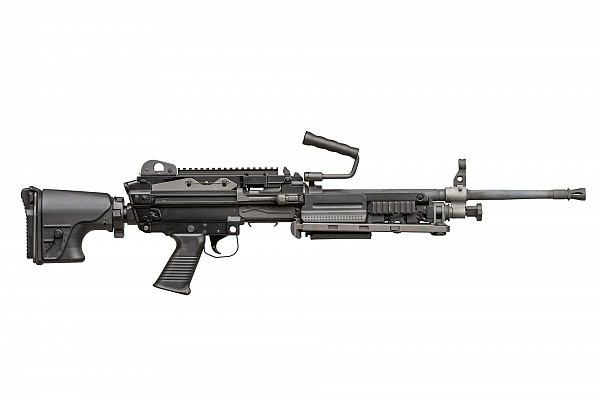 The Minimi Mk 3 is the latest iteration of the full size Minimi. This was first shown in 2013. The Mk 3 has triple Picatinny rails on the forearms by default and is available with retractable adjustable Tactical stock. The fixed polymer stock and Para retractable stock are offered as well. 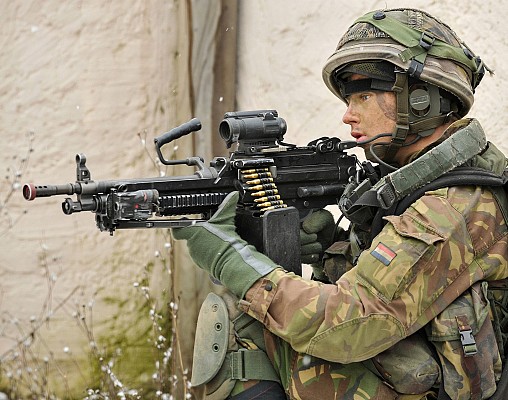 The Minimi Para is the compact model of the Minimi. It has a shorter barrel and a retractable stock. It was introduced as a specialist variant but has become the default variant in 5.56mm NATO. Many nations transitioned from the full size model to the Para over time. 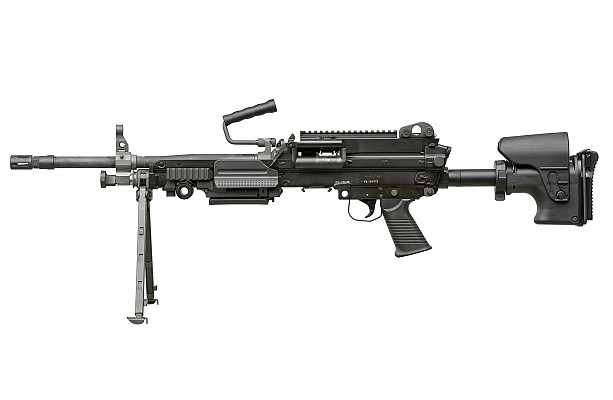 The Minimi 7.62 is the medium machine gun variant of the regular Minimi. It is chambered in 7.62x51mm NATO. This was first introduced in US military service as the Mk 48. The Minimi Mk 3 can be modified to Minimi 7.62 standard by changing several components and vice versa. 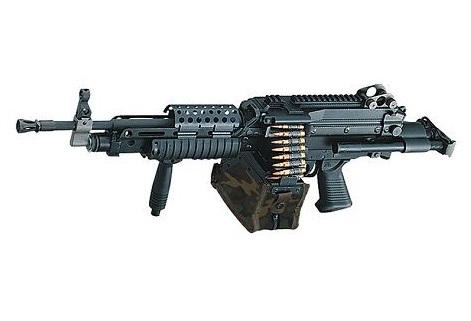 The Minimi SPW was created for special forces use. This is the lightest and most compact version of the Minimi. It omits the magazine feed option. The SPW offered modularity through Picatinny accessory rails at a time where regular models lacked this modularity. With updates of the Para model the SPW variant became superfluous. 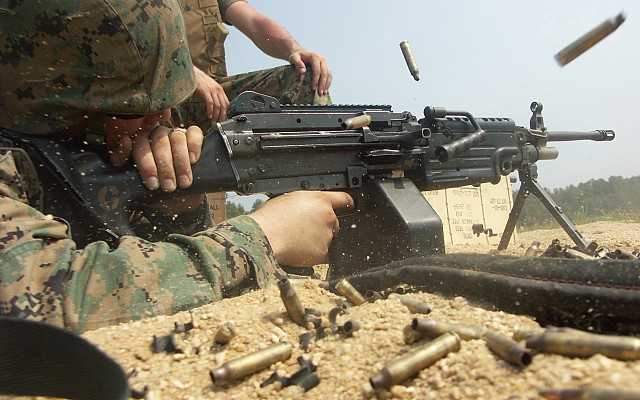 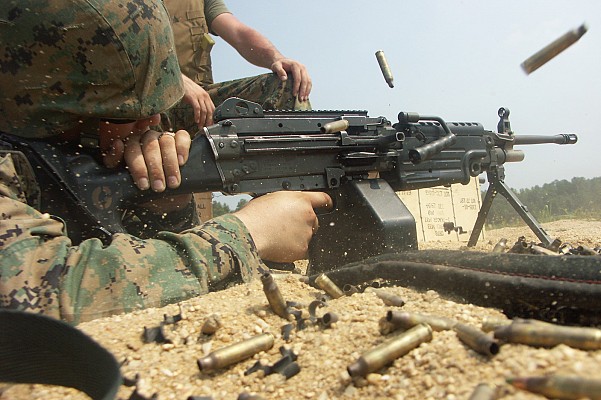 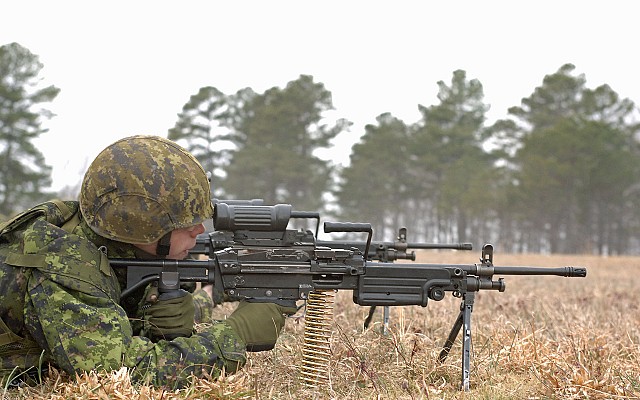 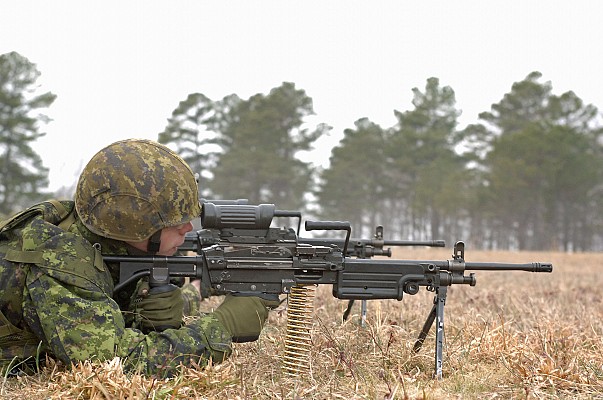 Canadian soldier firing his Minimi light machine gun, known in Canada as C9A1, during an exercise in 2009. 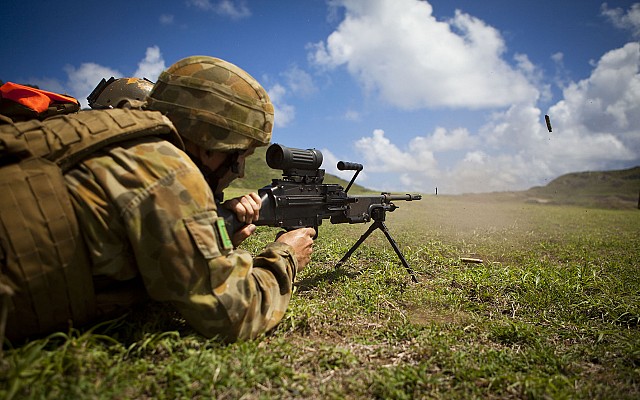 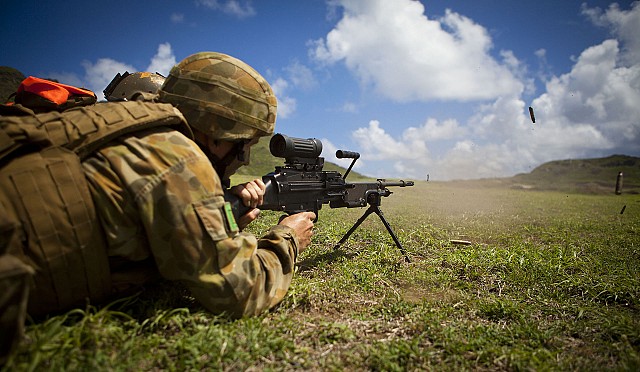 Australian soldier with FN Minimi (F89) in the woods during an exercise in 2017. 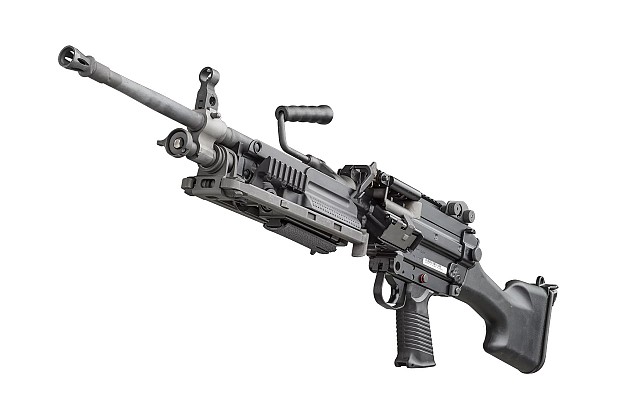 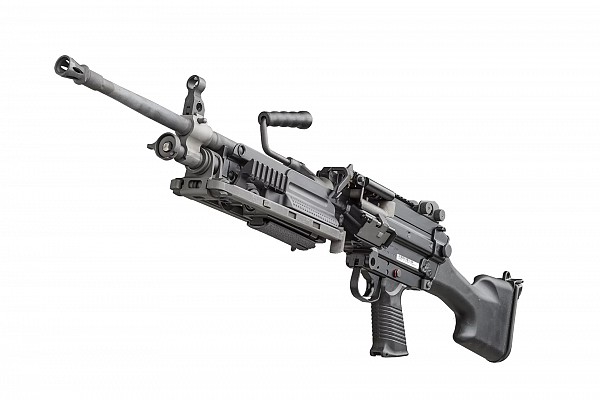 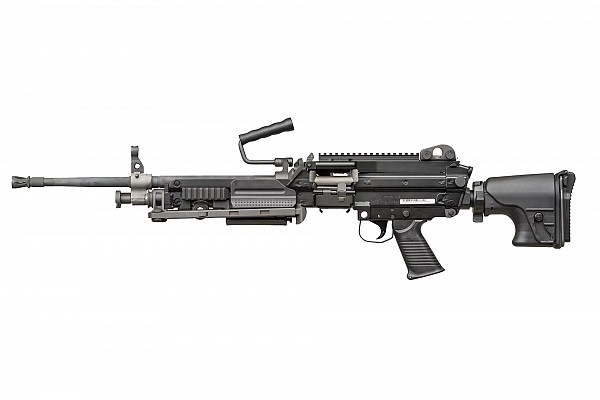 The South Korean K3 is heavily inspired by the FN Minimi. 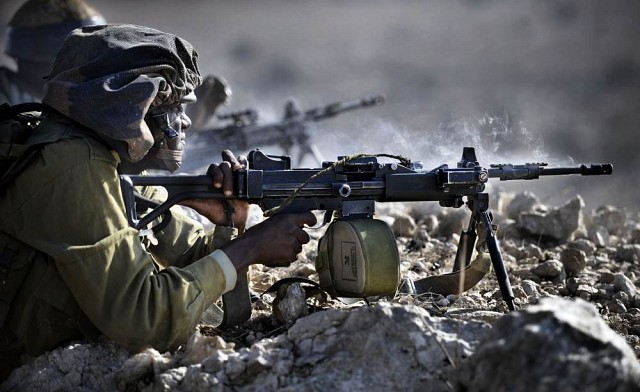 The Israeli Negev light machine gun is a direct competitor to the FN Minimi. 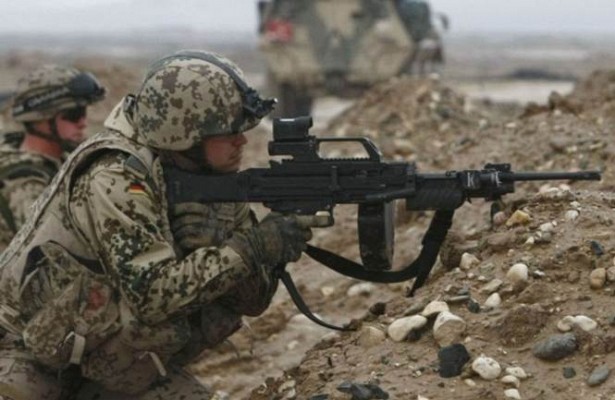 The MG4 was developed to meet a German requirement and is a direct competitor to the FN Minimi.