The MGL is a grenade launcher of South African origin. It was developed to provide more firepower than the M79. At the time of introduction the MGL was the first successful revolver type grenade launcher. Nowadays it is one of the most common stand alone grenade launchers next to the American M79 and German HK 69.

The MGL is a revolver type multi-shot grenade launcher. The revolver and rear cover are attached to a tubular frame. The barrel aligns with the top chamber and features a progressive rifling. The rear cover of the revolver can swing open to allow for reloading. A double action trigger is positioned at the pistol grip. The revolver is spring operated, but does not switch to a next round upon a misfire. This allows for a second try to fire the round. An occluded eye gunsight is mounted on top. The standard models have a metal shoulder stock that folds over the sight. Later models feature a polymer retractable stock.

The MGL fires standard 40x46mm low velocity grenades as used in most Western grenade launchers. The maximum range is 400 m, although the sights allows for only 375 m. The direct fire range is about 100 m with a minimum range of 30 m. An experienced operator can accurately fire up to 18 rounds per minute. That is about three times as much as a single shot grenade launcher. In theory all 6 rounds can be fired in 3 seconds, which can be useful during an ambush.

The first user of the MGL was South Africa since 1983. Up to this moment the MGL has been sold to over 30 nations and it has become a common sight particularly in South America. One of the major sales has been to the US Marine Corps, who adopted a heavily modified version as the M32. 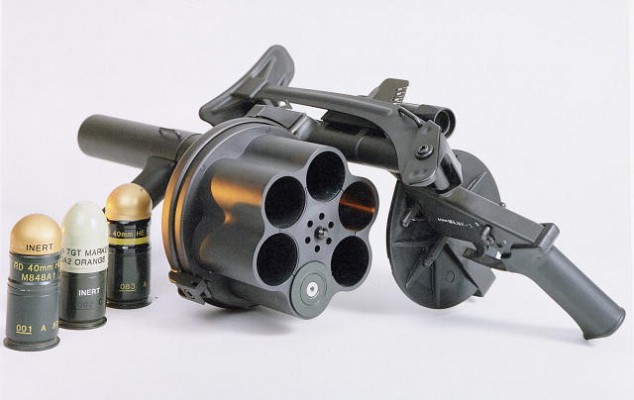 The MGL is a six shot grenade launcher The original MGL was produced from 1983 to 1996. Based on user experience the design was upgraded as the MGL Mk 1. The Mk 1 features some minor differences that increase reliability and ease maintenance. The major difference between the Mk 1 and the original model is the barrel, which is now made out of steel. Both the MGL and MGL Mk 1 can use rounds up to a length of 105 mm. 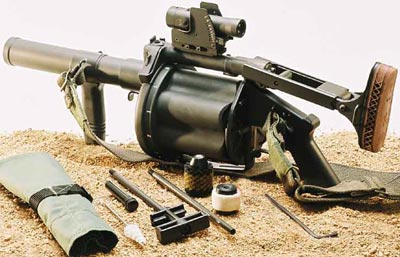 In order to support 40x46mm rounds that are longer the MGL Mk 1L was introduced in 2000. The Mk 1L has a longer cylinder and can fire rounds with a length of up to 140 mm instead of 105mm. The Mk 1L also features a Picatinny sight rail instead of the fixed sight unit and has a rubber buttpad. The latter two features were also adopted in 2004 on the original size MGL which was named the MGL Mk 1S. 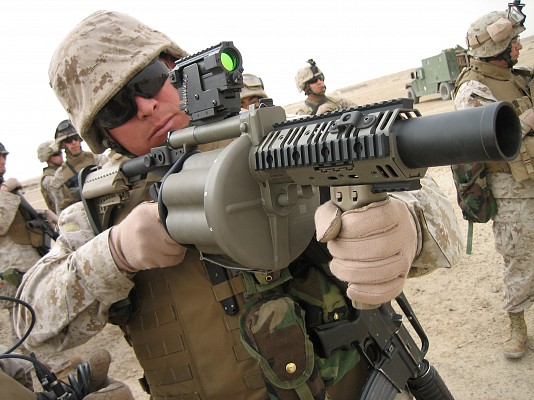 For a contract of the US Marine Corps the furniture and ergonomics of the MGL were upgraded by Milkor USA in 2005. The barrel is covered by a slotted barrel shroud that has been fitted with four Picatinny accessory rails. A retractable stock that functions similar to the one used on the M4 carbine is fitted.

The M32 MGL is described in a separate article. 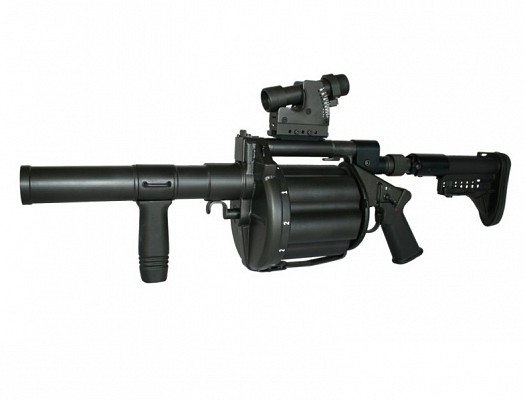 After the upgrades applied on the US license production models Milkor included some of these features on the MGL Mk 1L and Mk 1S, although the name hasn't changed. The upgrades include AR-15 type retractable stock and optional sections of Picatinny accessory rails clamped onto the barrel. 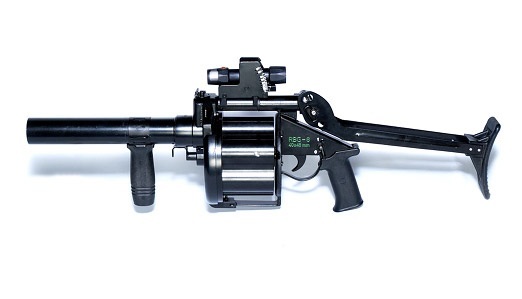 RGB-6
The RBG-6 is an unlicenced Croatian copy of the original model of the MGL. The RBG-6 differs in some minor details. As with the MGL Mk 1 the barrel is made out of steel. What sets the RBG-6 apart from the MGL series is the constant rifling of the barrel, whereas the rifling of the MGL progresses.
SPL-40L
MGL Mk 1L with short Picatinny rail section license produced in Vietnam for domestic use.
Multi Grenade Launcher
License produced version in India. Based on low resolution images this seems to be the MGL Mk 1S variant with a fixed tubular stock.
MGL MK-1
Colombian production model by Indumil. MGL Mk 1L version with AR-15 type retractable stock but no accessory rails on the barrel. 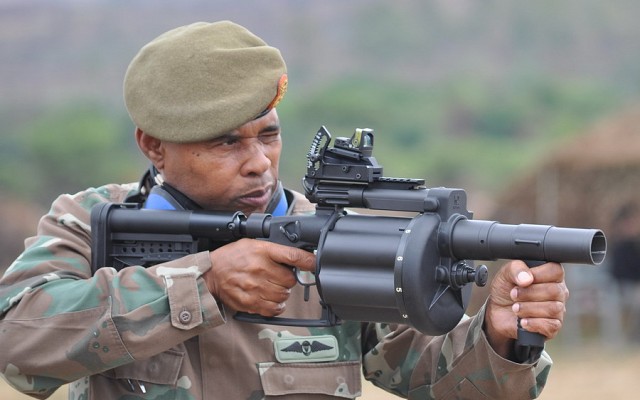 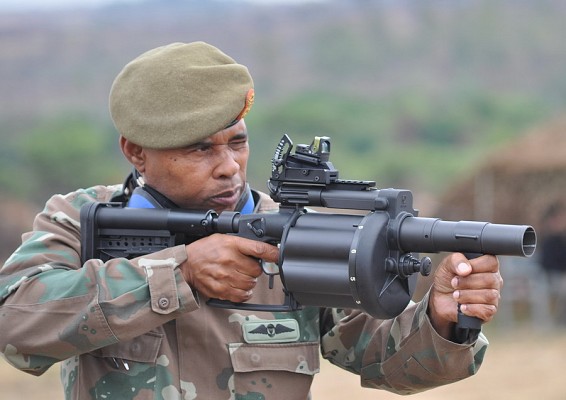 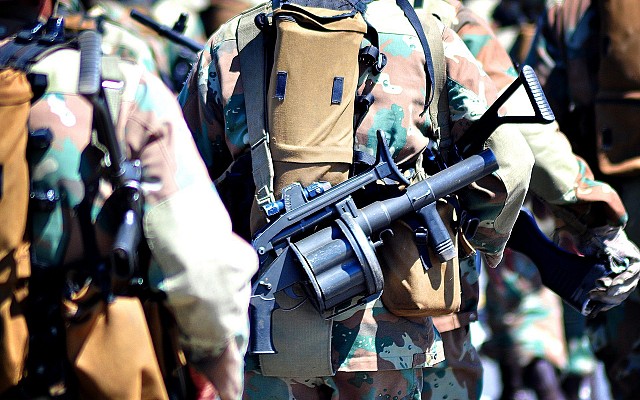 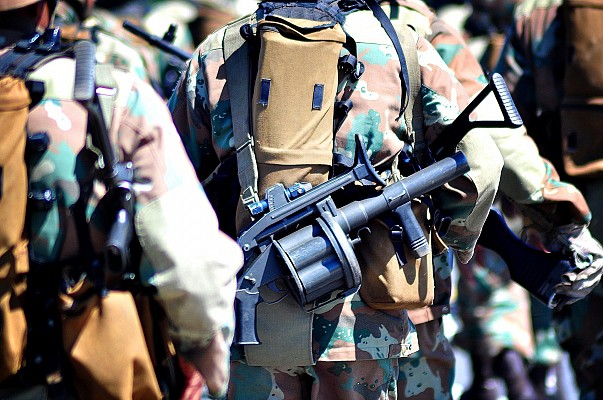 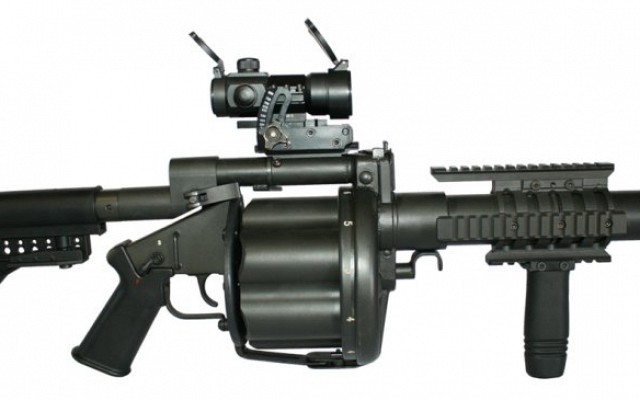 Right side view of MGL Mk 1S with quad Picatinny rail mounted on the barrel.