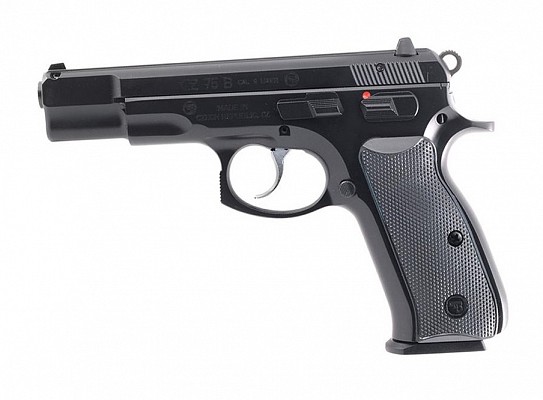 The CZ 75 is a late Cold War era of Czechoslovak origin. The CZ 75 proved to be a very influential design. Many Western pistol designs have their origins in the CZ 75.

The CZ 75 is a steel framed pistol with double stack magazine. Compared to many designs in Eastern Europe the CZ 75 has a larger magazine capacity and fires a slightly more powerful round. It is short recoil operated and locks with a tilting barrel.

The CZ 75 fires the 9x19mm Parabellum round from a 16 round magazine. The Compact model has a reduced 14 round capacity. The CZ 75 is semi-automatic and features a DA/SA firing mode. The effective range is about 25 meters.

The CZ 75 has been produced in large quantities, with over 1 million produced. The CZ 75 was adopted by some militaries and a wide range of law enforcement agencies in Europe, North Africa, Asia and South America. The CZ 75 is also popular as a pistol for target shooting with various specialized sporting models having been developed. 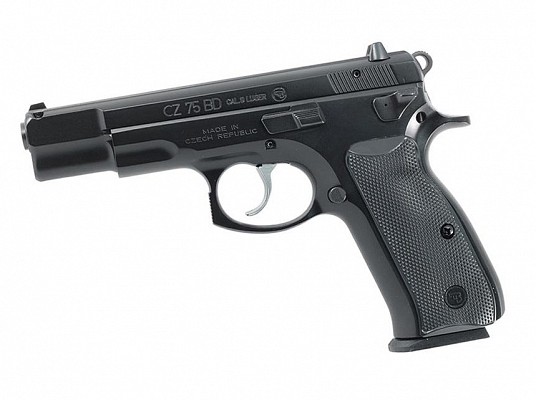 Original full size model. In production for over 40 years with minor upgrades. 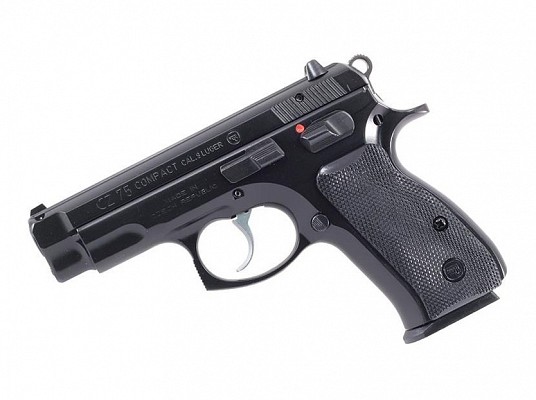 Compact model of the CZ 75. This has a shorter frame and shorter slide and barrel. Magazine capacity is reduced from 16 to 14 rounds. 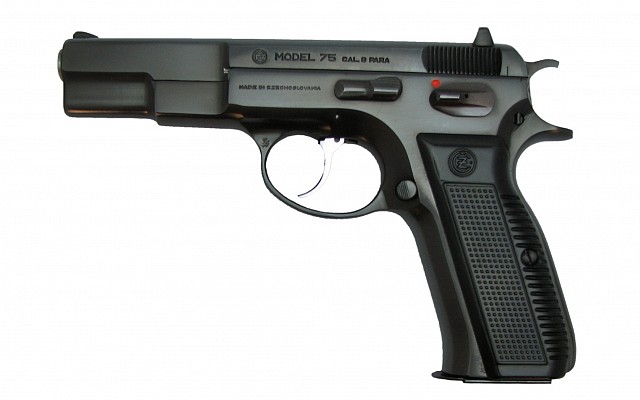 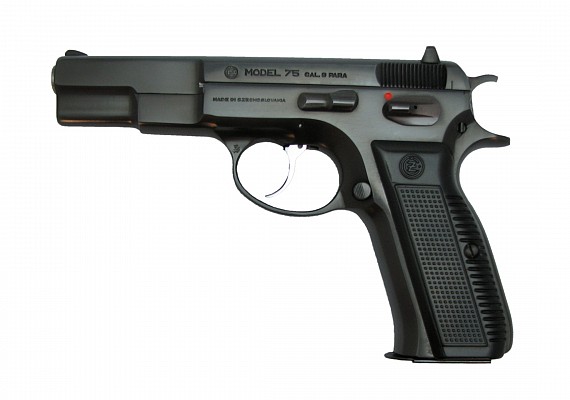 Early production model CZ 75 with shorter slide rail. These early guns were produced from 1976 to 1980. 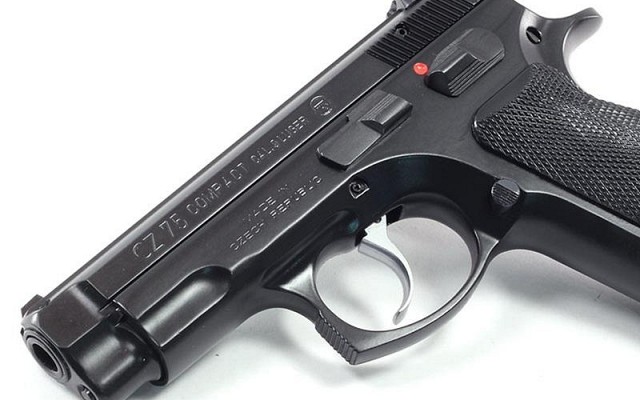 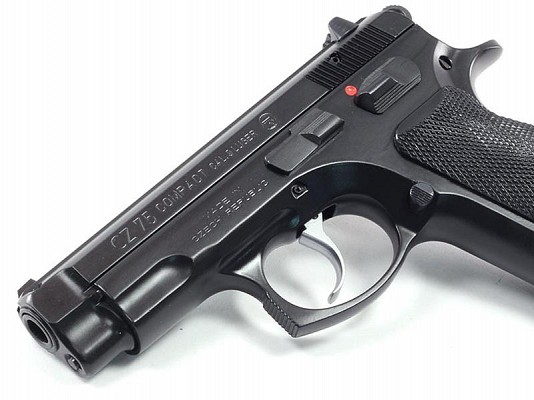 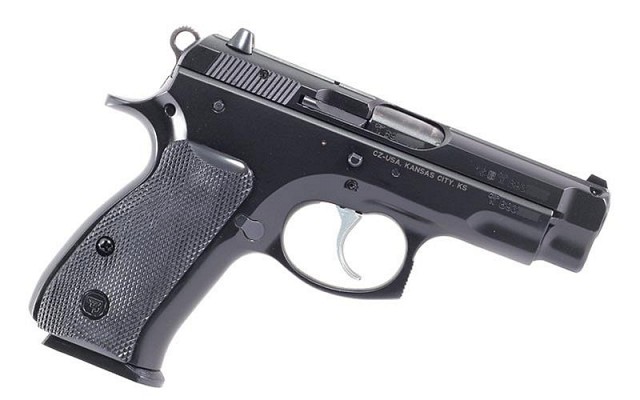 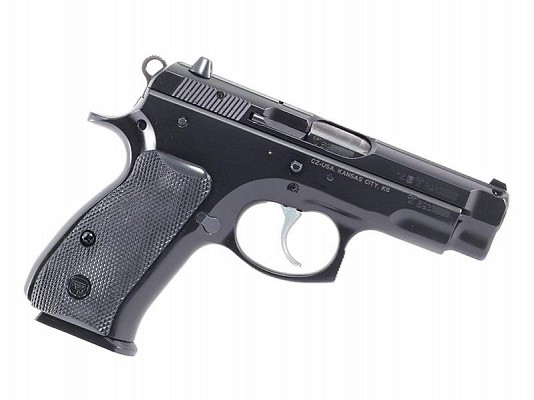 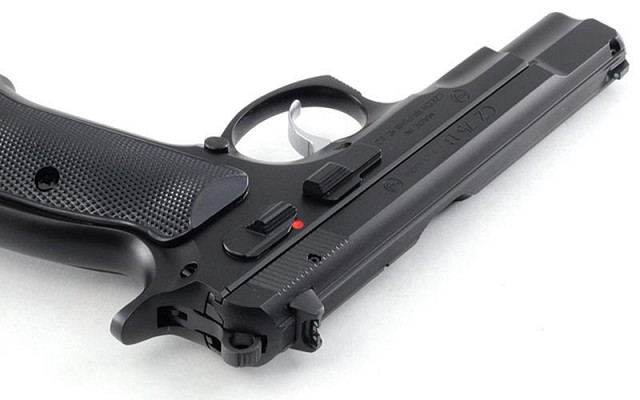 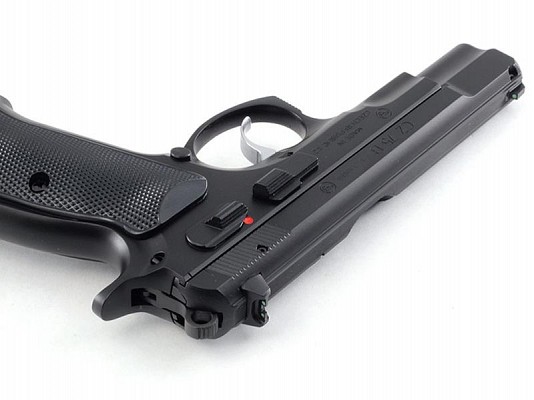 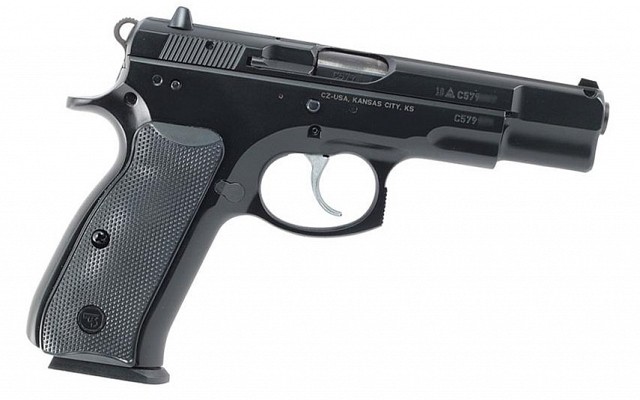 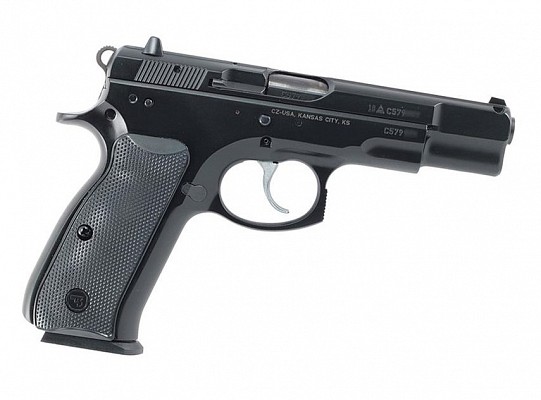 Right side view of CZ 75BD pistol. On the BD the safety doubles as a decocker.