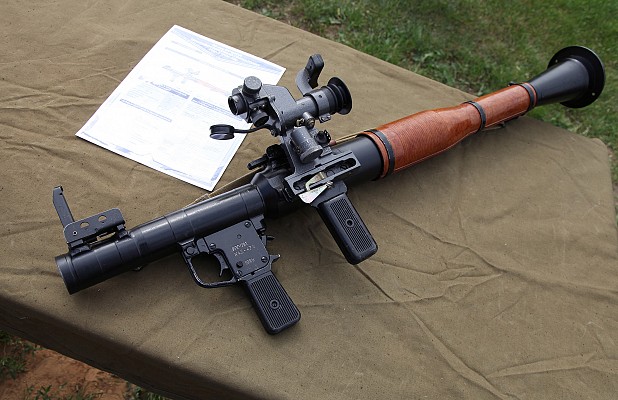 The RPG-7 is an early Cold War rocket launcher of Soviet origin. It was developed in the 1950's as a more capable successor to the RPG-2. The RPG-7 is an iconic Soviet weapon that has seen extensive use in nearly every armed conflict since the 1960's. The RPG-7 is the most widely used reusable rocket launcher in the world. Due to the development of more potent warheads it remains a capable weapon by todays standards.

The RPG-7 is a much improved version of the RPG-2. It consists of a resuesable launch tube with a 40mm diameter. The booster section of the weapon is loaded into the tube with the larger diameter warhead sticking out at the front. The metal launch tube is fitted with a pistol grip and trigger, iron or optical sight and a wooden or plastic heat shield. Unlike most reloadable rocket launchers it is usually not operated by a crew of two, although other personnel often carries additional ammunition.

The RPG-7 can be fitted with a variety of warheads. Most are for anti-tank used, but thermobaric and bunker buster ammunition is available as well. Early PG-7V HEAT rounds were capable of penetrating 280 mm of homogenous steel plate, the latest PG-7VR tandem HEAT rocket penetrates over 600 mm behind ERA. The effective range is about 200 to 300 meters against static targets. Heavier anti-tank warheads have a shorter range, while the thermobaric and high-explosive variants can be used at ranges over 500 meters using associated sight units.

The RPG-7 was the primary rocket launcher of all Soviet forces and their allies. It has been acquired by over 80 nations and is mainly used in Eastern Europe, the Middle East, Africa and Asia. Over 15 nations have produced direct copies or further developments of the RPG-7. 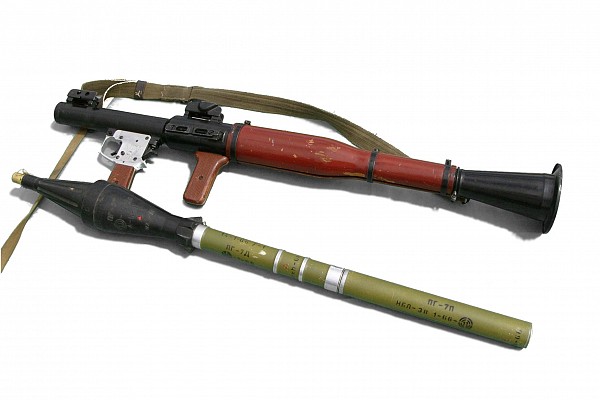 The RPG-7 is the original version of the RPG-7 launcher and was fitted with iron sights. The RPG-7V includes an optical sight, which increases the chance to hit. These fixed tube launchers are the most common models. 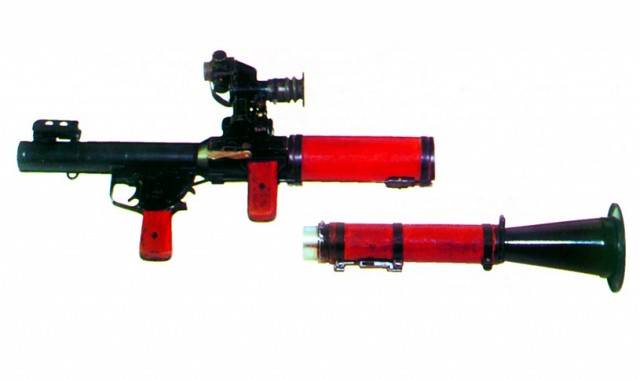 The RPG-7D is a version with a two piece launch tube. The wooden heat shield is much thicker as it threaded on the inside and connects both pieces of the launch tube. When taken apart it is much smaller, which is useful for airborne forces. 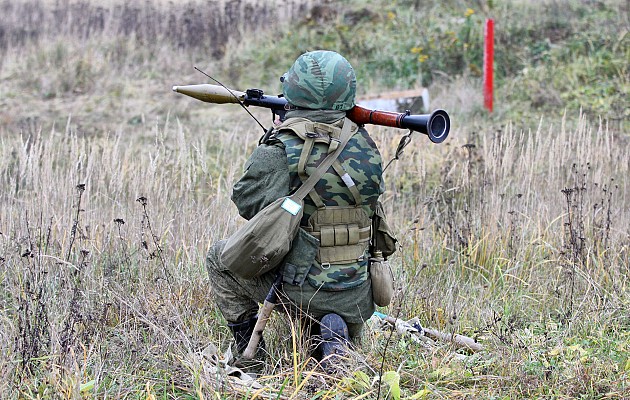 RPG-7
Original variant introduced in 1961. Features a mechanical sight only. This version remained in production for some time as cheaper export alternative to the RPG-7V.
RPG-7V
Variant introduced in the early 1960's. Adds a 2.7x magnification PGO-7V optical sight to the RPG-7, calibrated for use with the new range of PG-7V and OG-7V series of ammunition.
RPG-7D
Variant for airborne forces, first introduced in 1963. Launch tube can be disassembled in two pieces. Features the PGO-7V sight of the RPG-7V.
RPG-7V1
Small update of the RPG-7V introduced in 1988. Adds ability to launch the PG-7VR and TBG-7V rockets to the sight adjustment. Also allows for a removable bipod to be fitted..
RPG-7D1
RPG-7D with similar updated sight as RPG-7V1. Introduced in 1988.
RPG-7N and DN
RPG-7V or RPG-7D1 equipped with night vision sight such as PGN-1 in the RPG-7N, NSPU (1PN34) in N1 models or NSPU-M (1PN58) in the N2 models.
RPG-7V2
Current production model, introduced in 2001. Features the UP-7V universal sight, which increases the effective range of OG-7V and TBG-7V rockets significantly.
RPG-7D2 and D3
RPG-7D with the UP-7V sight as introduced on the RPG-7V2 in 2001. 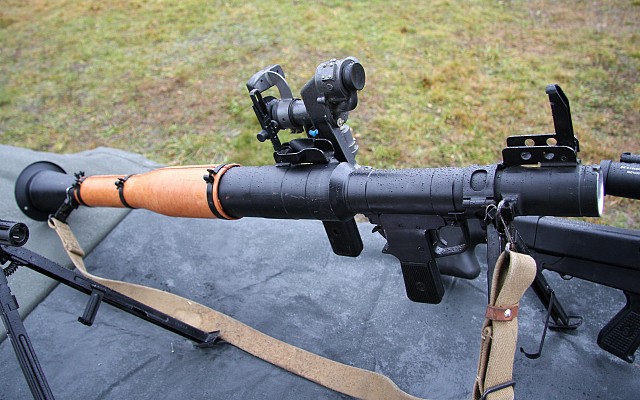 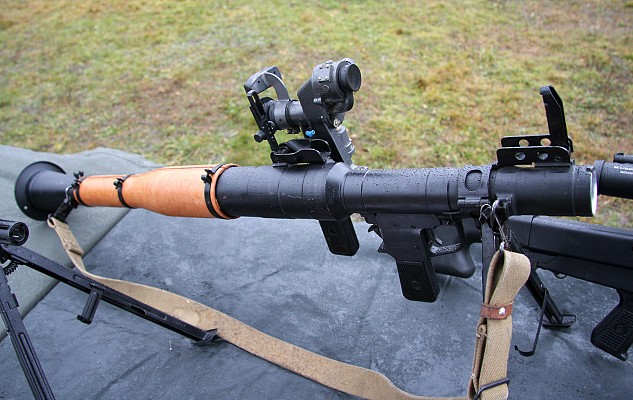 Russian RPG-7V1 rocket launcher resting on the optional bipod and seen without rocket. 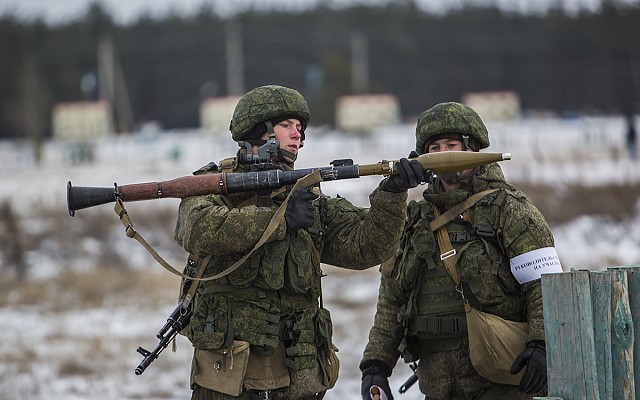 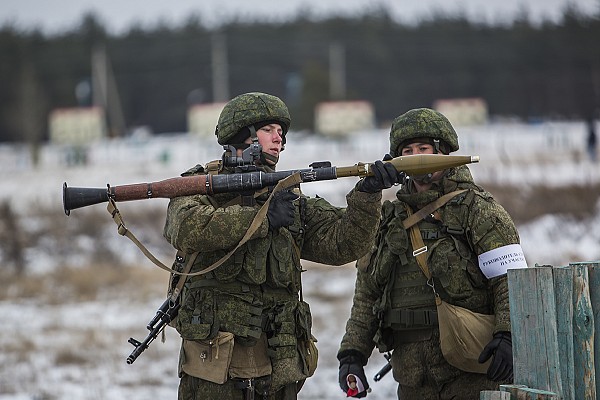 Several captured RPG-7 rocket launchers on display Kyiv, Ukraine in 2014. RPG-7V series seen in the center and RPG-7D1 below. List of foreign production models by nation of origin. 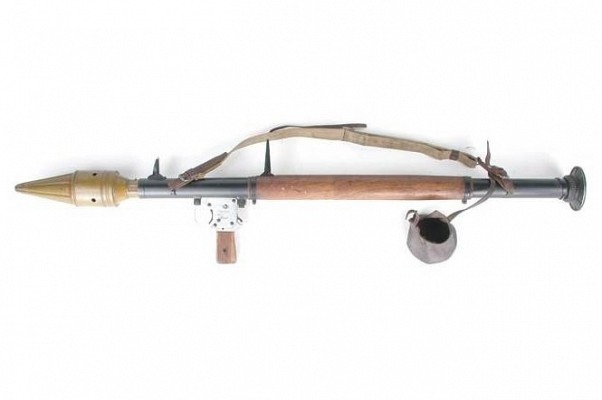 The RPG-7 is the successor to the RPG-2. At a glance both weapons look quite similar.