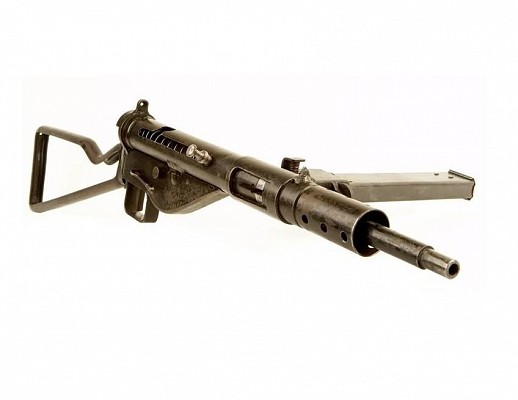 The Sten is a blowback operated weapon that fires from the open bolt position. The design is very simple with a tubular receiver, side inserted magazine that doubles as a grip and metal tubular grip and stock. The Mk I and V had a wooden furniture and were of reasonable production quality. The Mk II and III that made up the majority of the production were much cheaper and of limited quality, however still effective and reliable.

The Sten fires the 9x19mm round from 32 round magazines. It fires only fully automatic at a rate of fire of about 550 rpm. Due to the open bolt design the maximum range is about 100 meters. The silenced versions were usually fired in short burst or semi-automatically due to their tendency to heat up.

The Sten was widely used by British and Commonwealth forces during World War 2. It was supplied to various allied and resistance forces. After the war it was briefly used by various European nations but it was quickly replaced in Western service by more modern sub machine guns. Many were scrapped or ended up third world nations. 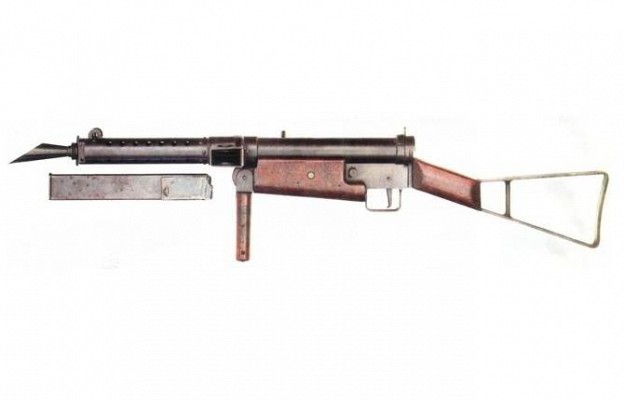 The Mk I is the original version of the Sten and was much more complex and of better quality than the later Mk II and Mk III. The Mk I can be identified by its forward grip, barrel sleeve and flash hider. 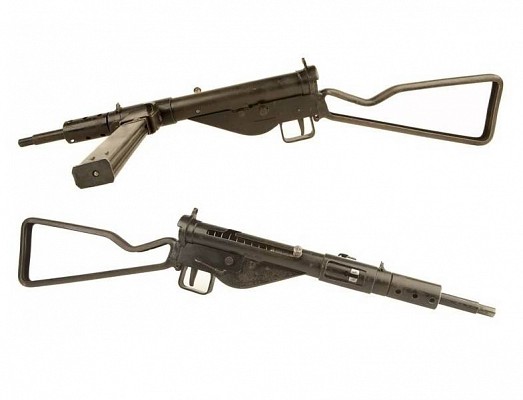 The Sten Mk II is a much simplified version of the Mk I. It is easier and cheaper to produce, but production quality and ergonomics have been reduced. No wooden parts are used and a metal strut is used as stock. The Mk II was the most numerous version of the Sten to be produced, followed by the quite similar Mk III. 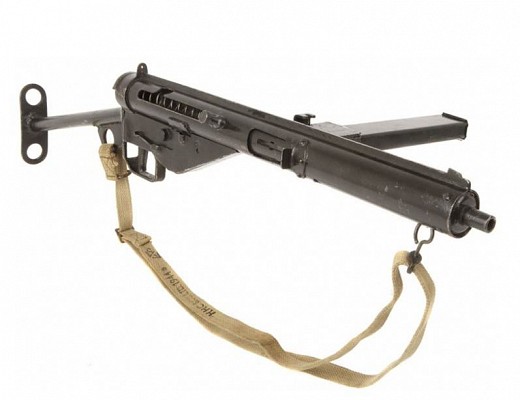 The Sten Mk III is very similar to the Sten Mk II but has a unified receiver and longer barrel shroud. In the Mk III the magazine housing is fixed and cannot rotate. It was produced with the same metal strut stock as the UK production model of the Mk II. 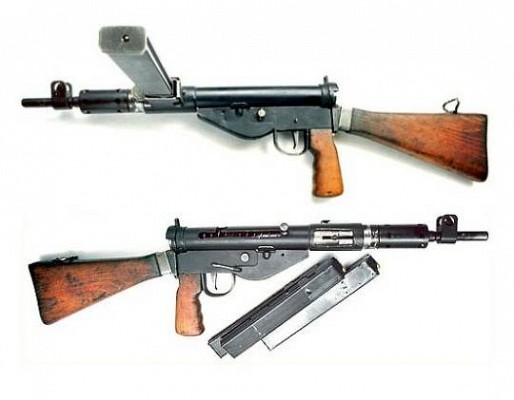 The Sten Mk V is a Mk II with wooden stock and improved ergonomics. It has a longer barrel than the Mk III, a bayonet mount and Enfield No.4 rifle forward sight. 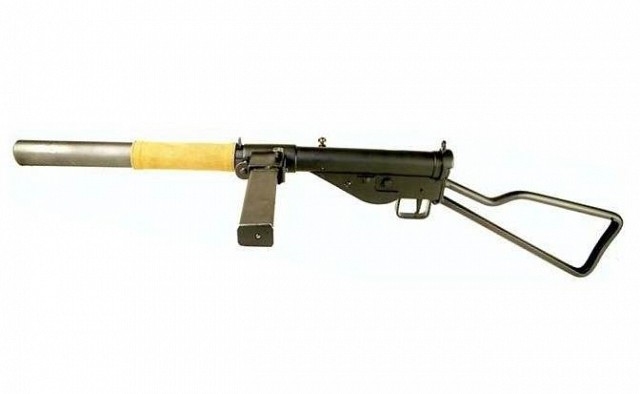 The Sten Mk IIS is a silenced version of the Sten with a long integrated silencer. This version was issued for special operations use. A piece of canvas cloth is wrapped around the silencer to act as a forward grip since the silencer tends to heat up quickly. 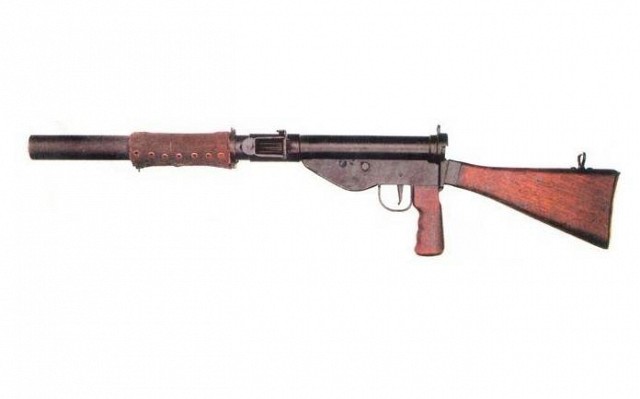 The Sten Mk VI is a silenced version of Sten Mk V. It has a similar role as the Mk IIS but comes with the wooden furniture and improved quality of the Mk V.

The American M3 sub machine gun was also developed during World War 2 as a low production cost alternative to the earlier Thompson. 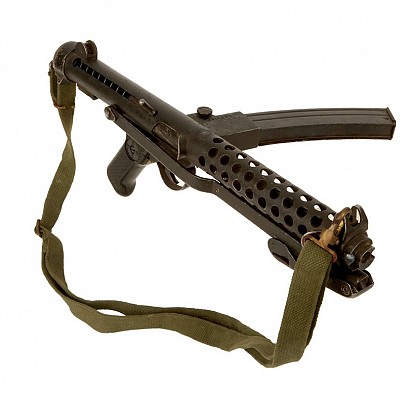 The Sterling sub machine gun was the successor of the Sten in UK military service. The Sterling has a much higher production quality than the Sten and proved more accurate and reliable.