The M20 recoilless rifle in use with US forces during the Korean war.
Source: US Army (photographer unknown) - © public domain

The M20 is a breech loaded recoilless rifle with a rifled barrel to spin stabilized the projectiles during flight. It uses a conventional breech loading mechanism and fires a variety of 75mm rounds. An optical sight is fitted that can be used for both direct and indirect fire. The M20 uses the M1917 tripod and requires at least two men to operate.

The M20 fires 75mm rounds through a rifled barrel. The ammunition types include HEAT, HE, HEP and WP. When fired in a ballistic trajectory the round may reach well over 3 km, but the effective range is about 400 meters for HEAT rounds and 1 km for HE rounds. The armor piercing ability is 100 mm RHA which made it difficult but not impossible to take out a Soviet T-34 tank. Against infantry and bunkers the M20 proved very effective, even at extended ranges.

Most M20 were mounted on the M1917 tripod and can be carried over short distances. The M20 with M1917 tripod could also be easily carried by a jeep and be fired from the vehicle, allowing it to reposition quickly. The M20 was also used on a pintle mount on the M29 Weasel.

The primary user of the M20 was the United States that extensively used the M20 during the Korean War. By the 1970's the M20 was completely replaced by guided anti-tank missiles and during the transition period many M20's were exported. China also produced and used a copy of the M20 and exported it to many communist allies. Nowadays the M20 is considered obsolete, but limited quantities remain in use in third world nations. 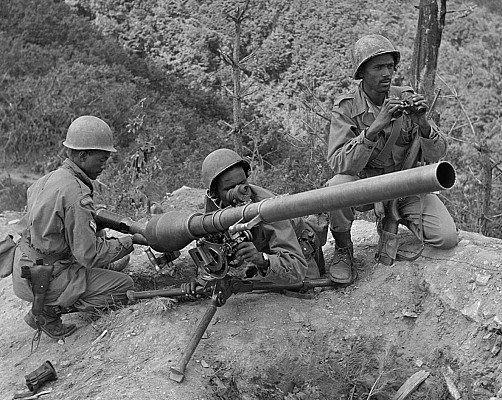 The M20 is a recoilless rifle of conventional design. It is breech loaded, has a rifled barrel and is usually fired from a tripod.

The M20 can be identified by being much larger than the 57mm M18 and having a much lighter tripod than the larger 106mm M40.

M20
US production model issued with the M1917A1 tripod mount.
Type 52
The Type 52 is a direct copy of the American M20 produced in China. Instead of a tripod mount a two wheel mount with third leg is used.
Type 56
Improved model produced in China. The Type 56 has new optical sights and uses a different lightweight tripod. It can also fire a more capable fin-stabilized HEAT warhead. 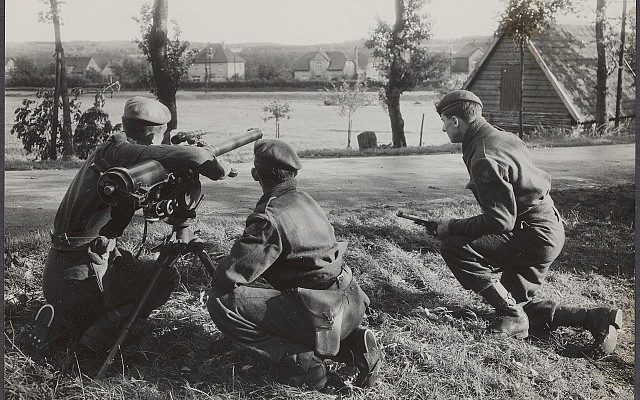 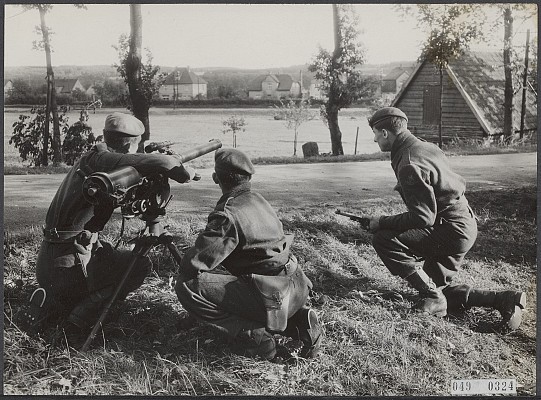 Soldiers, presumably Dutch, manning a 75mm M20 Recoilless Rifle during an exercise in West Germany in 1954. Sergeant Reckless a highly decorated US Marine Corps artillery horse in the Korean War pictured beside a 75mm recoilless rifle. A 75mm M20 Recoilless Rifle on public display in a museum in the Philippines. Chinese production 75mm Type 52 recoilless rifle on display in a museum in Israel. 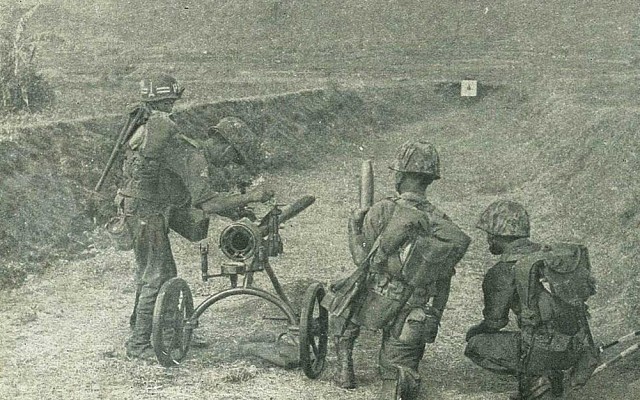 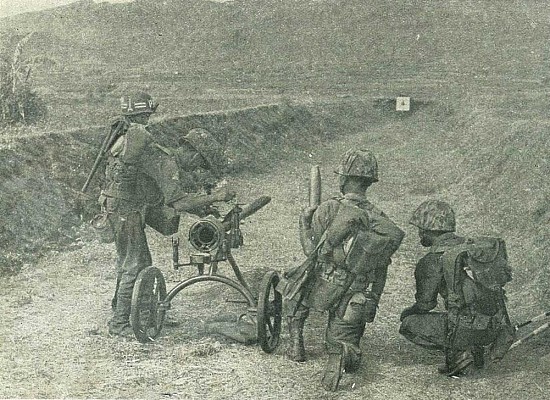 The US military developed a light, medium and heavy recoilless rifle at the same time.