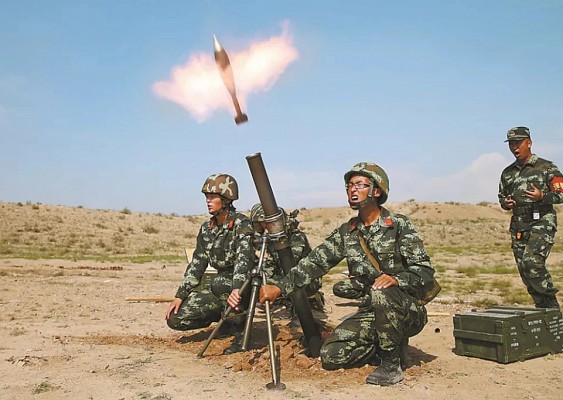 Chinese soldiers firing their 82mm PP87. Note that the shell has only just left the barrel.
Source: daydaynews.cc - © Copyright lies with original owner

The PP87 is a late Cold War era medium mortar of Chinese origin. It was developed to replace the Type 53 and Type 67 82mm mortars in Chinese service. It is the first Chinese mortar in that is also available in NATO standard 81mm caliber. This mortar is widely used by Chinese forces.

The PP87 is an improved version of the older Chinese Type 67 mortar. Its main novelty is the recoil buffer that is wrapped around the barrel. A conventional bipod and triangular baseplate are fitted. It fires 81mm mortar round of Chinese design, but NATO ammunition can also be used. Based on the same design the W84 is available for 82mm Soviet rounds and as the long range W91 which features a longer barrel.

The PP87 is slightly heavier than the Type 67 mortar it was to replace, but is still man portable. The weight increase is a result of the stronger barrel required when firing shells with more propellant.

The PP87 has been adopted by Chinese forces since the late 1980's. At first it was thought this meant a change to 81mm ammunition. However, it seems it was adopted in 82mm to be able to fire older stocks of ammunition as well. For export it is available in both 81mm and 82mm. Various nations have adopted quantities of these mortars over the years. In Chinese service the PP87 is used alongside the 100mm PP89, which looks rather similar, but has two horizontal supports in the bipod. 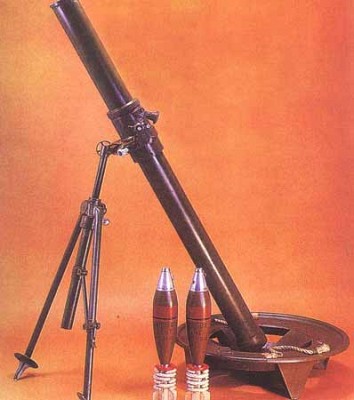 Improved mortar design introduced by Norinco in the mid 1980's. First Chinese mortar to introduce the buffer sleeve design. The W84 has a round baseplate of a similar design as 60mm mortars introduced at the same time. 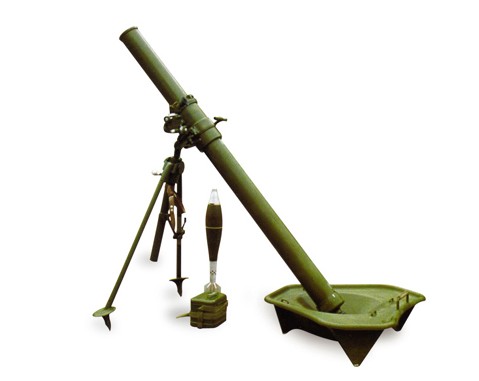 Updated W84 design in order to meet domestic requirements. This design returns to the triangular baseplate and was designed and tested in both 81mm and 82mm calibers. Adopted in Chinese service as the PP87 and available for export sales in both calibers as the W87.

Long range mortar chambered in 81mm NATO. This has a longer and sturdier tube in order to fire ammunition with more propellant attached. It also uses a much sturdier round bipod to cope with the increased recoil. The W91 fires about 6 km with modern ammunition and 8 km with long range ammunition. Never offered in 82mm variant. 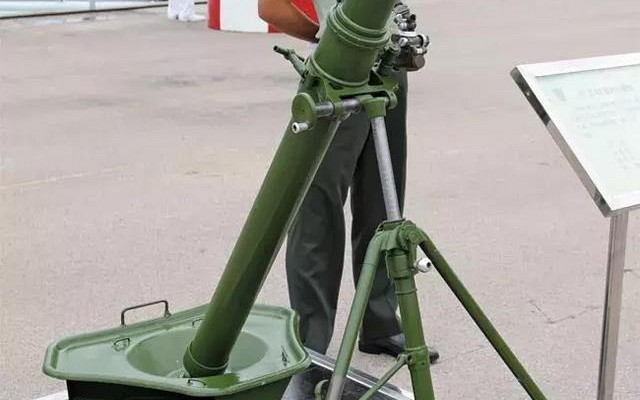 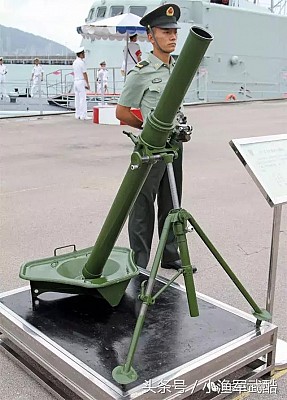 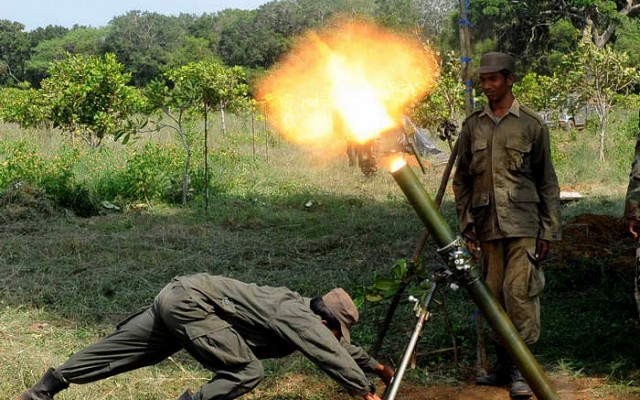 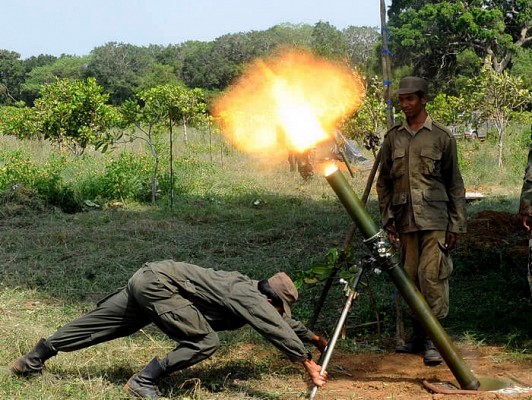 Chinese W87 mortar in service with Sri Lanka in 82mm being fired. 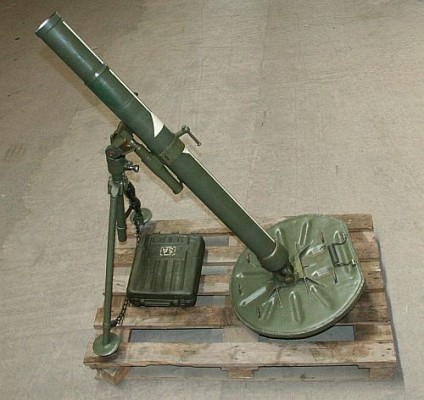 The PP87 replaced some of the last Type 55 mortars in Chinese service. The Type 55 is a copy of the ubiquitous Soviet World War 2 era medium mortar.