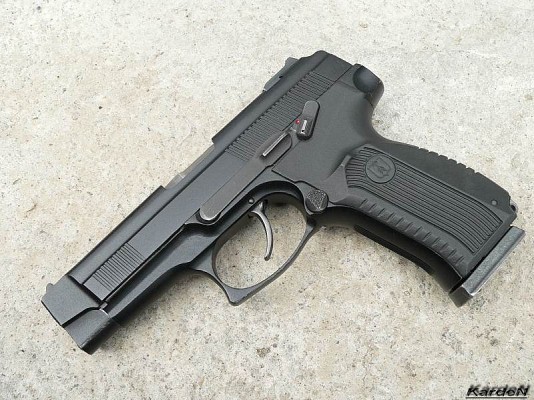 The Yaragin PYa is a modern pistol of Russian origin. It was developed in the 1990's as a replacement for the ubiquitous Makarov PM pistol. The PYa is named after is developer and is also known as the MP-443 Grach. In 2002 it was selected as the standard sidearm for all Russian forces.

The PYa is a double action pistol that uses a simplified version of the Colt-Browning short recoil system. Unlike most modern pistols the PYa follows a classic sturdy design with a steel frame. Overpressure 9x19mm ammunition is fired from a double stack magazine. Ambidextrous safety and magazine release is fitted. The MP-446 Viking is a similar sized civilian alternative that does not fire overpressure ammunition and uses a single stack magazine.

The PYa fires 9x19mm rounds from a 17 round magazine. Both standard and overpressure rounds can be fired. These include the powerful 7N21 and 7N31 armor piercing rounds. It is not available in other calibers. The PYa is reported having reasonable accuracy and good reliability. Maximum effective range is quoted as 50 meters.

The PYa was selected as the new standard issue service pistol for Russian forces in 2002. The GSh-18 and Gyurza (SPS) have also been acquired in smaller quantities. Despite these purchases the venerable Makarov PM remains the most numerous pistol in Russian service. The PYa and its civilian models are available for export. 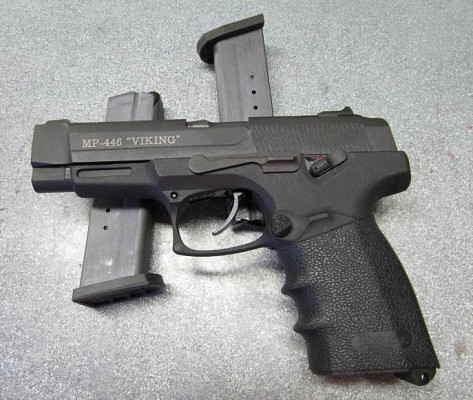 Civilian model of the MP-443. Has a thinner barrel and cannot fire overpressure ammunition. The polymer frame and single stack magazine make it lighter than the PYa. The frame also has accessory rails. 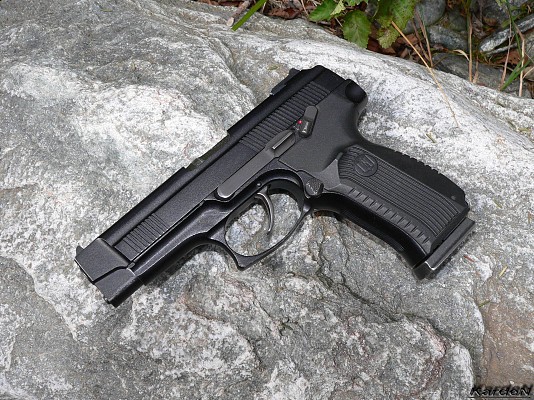 Left side view of Yaragin PYa. 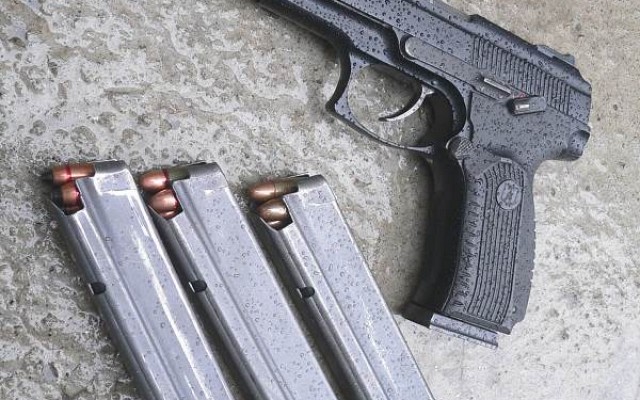 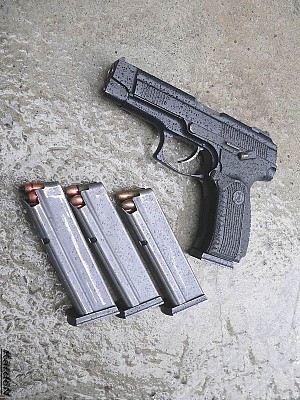 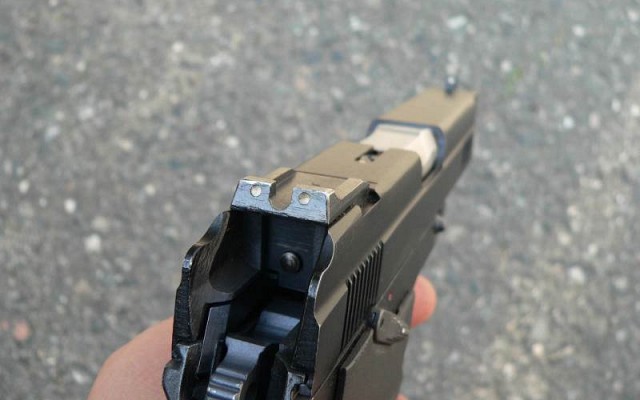 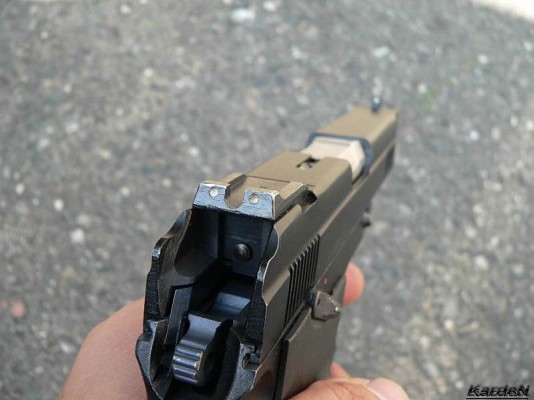 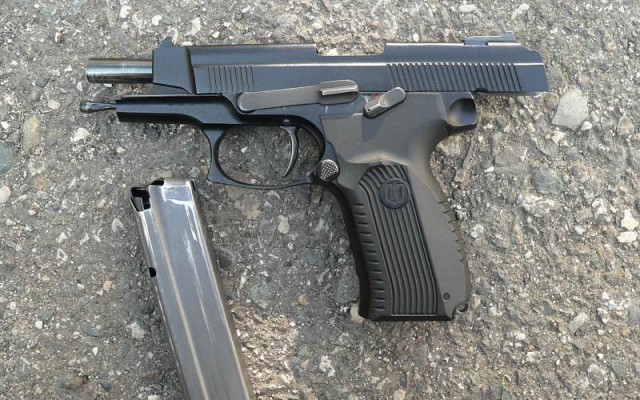 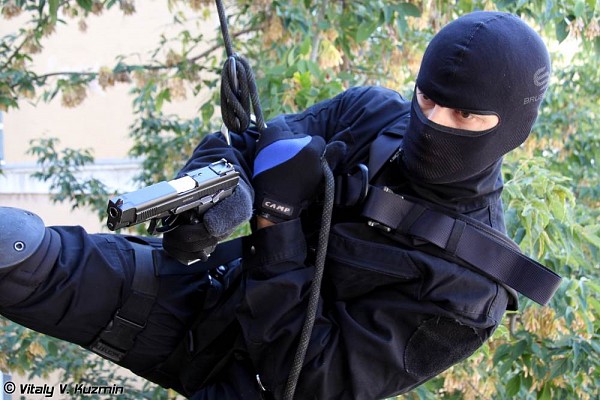 A Yaragin PYa or MP-443 held by an operator of the Moscow OMSN. 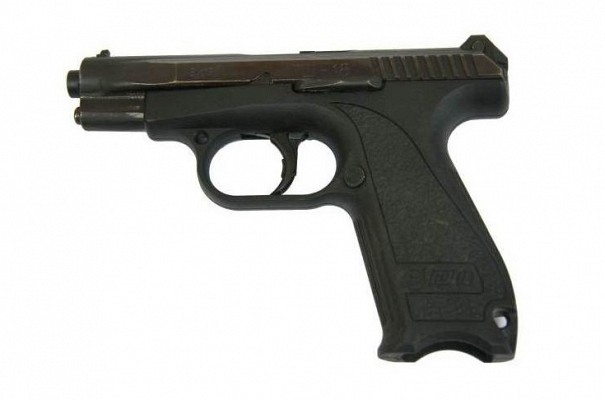 The GSh-18 was developed as a competitor to the PYa. The PYa was selected over the GSh-18.

The Gyurza stems from the same trails to replace the Makarov PM with a more capable pistol. Unlike the PYa and GSh-18 it uses special 9x21mm ammunition.