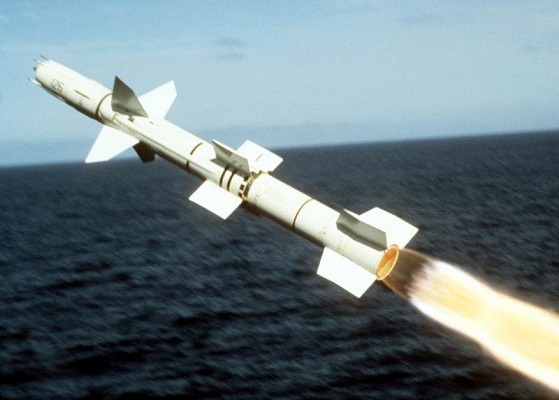 The RIM-8 Talos is an early Cold War era surface to air missile of US origin. It was developed in the 1950's to provide the US navy with a long range weapon to defend against bombers and guided missiles. Considering its age the Talos missile had a very good performance. Its range and firepower were unparalleled. This performance was achieved at the cost of being a very large and expensive system. The missiles are as large as a fighter aircraft and weigh as much as a small truck. Only a handful of cruisers was fitted with the Talos missile.

The Talos is a very large missile and has a two stage design. A solid booster provides initial velocity. The missile uses radar beam riding until switching to semi-active radar homing in the terminal stage. The missile has high speed and long range, but lacks maneuverability.

The Talos missile uses semi-active radar homing. Four radar antenna can be seen mounted on the nose. The nuclear variants lacked these antenna since terminal guidance is not required. The targets are acquired and illuminated by ship mounted radar systems. The Talos is used in conjunction with the AN/SPW-2 missile guidance radar and the large AN/SPG-49 target illumination and tracking radar. A pair of each radar is mounted in order to guide two missiles at once

The original Talos missiles had a maximum range of about 90 km. Production soon switched to an improved version with 185 km range. The maximum speed is around Mach 2.5. Either a conventional 135 kg continuous rod HE warhead or W30 2 -5 kt nuclear warhead is fitted. The nuclear warhead would also be effective in the land attack role.

The Talos missile was only used by the US Navy on a limited number of ships. Three Vietnamese MiGs were destroyed using the Talos. Additionally the RIM-8H was used against various radar systems. The Talos missile was decommissioned by 1979. The remaining missiles were reconfigured into the MQM-8 Vandal target drone. This remained in service until 2005. 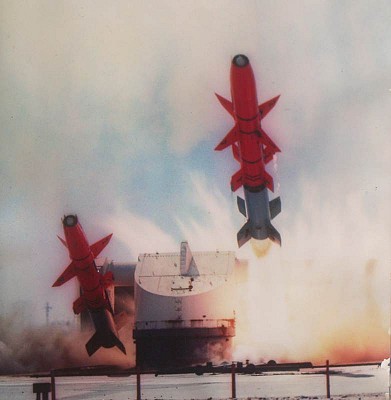 Land based test launch with RIM-8B being launched and RIM-8A on other launch rail.
Source: US Navy (photographer unknown) - © public domain 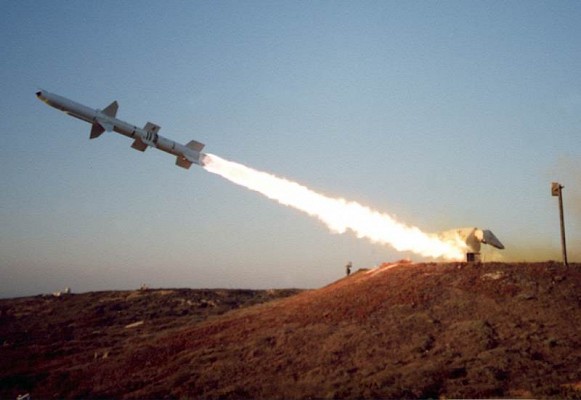 Upon decommissioning the remaining stock of Talos missiles was repurposed as a target drone. These were designated MQM-8 Vandal. 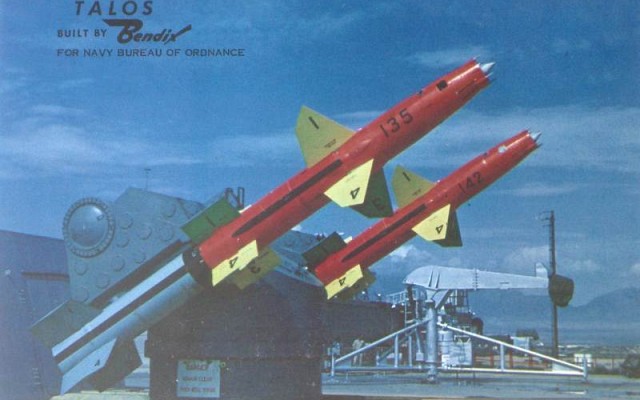 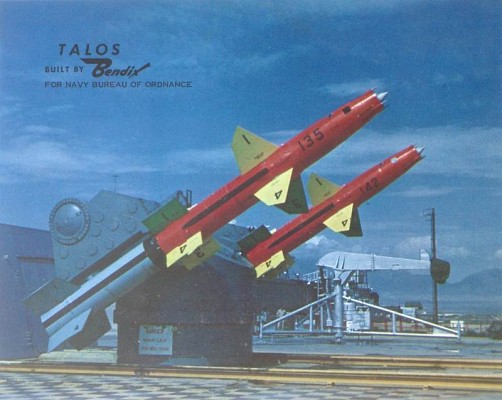 Old photo of Talos system. The missile is painted red and the booster section is grey. 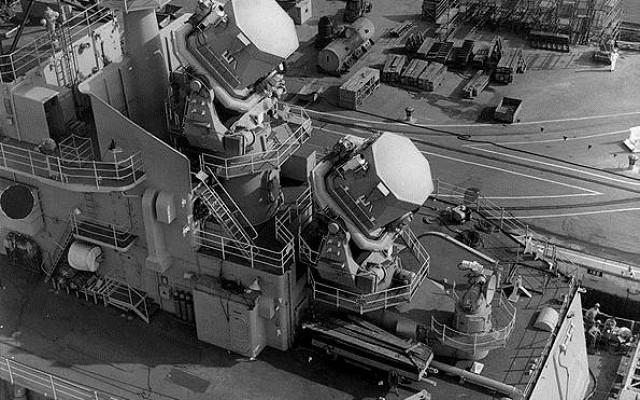 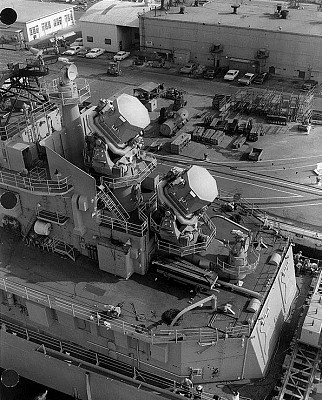 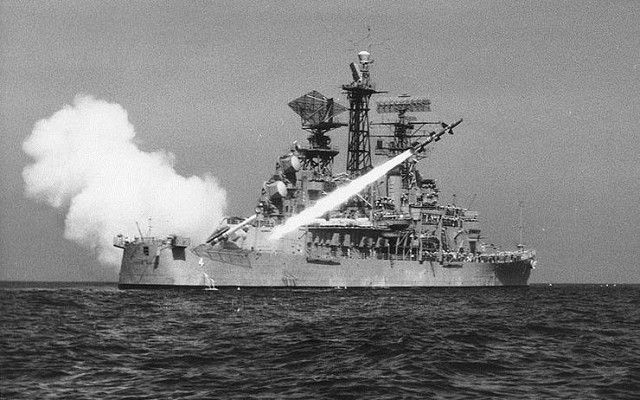 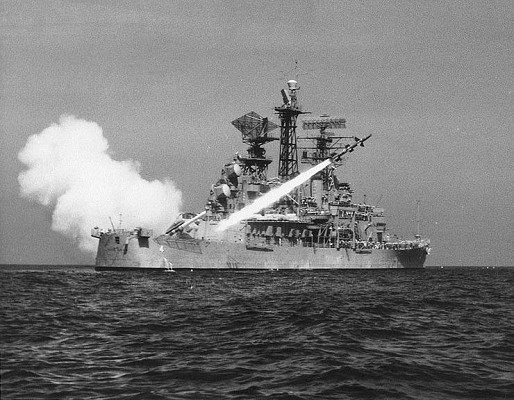 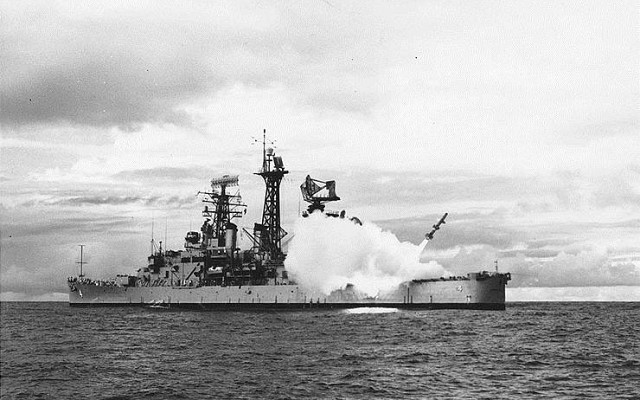 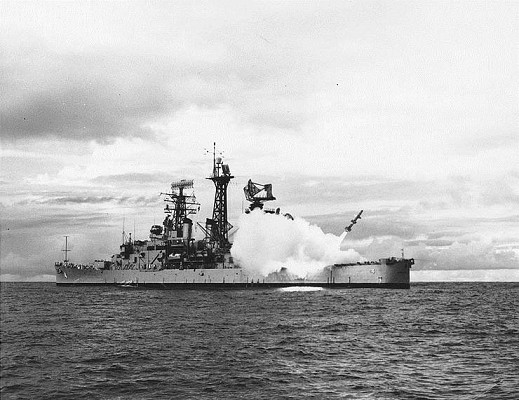 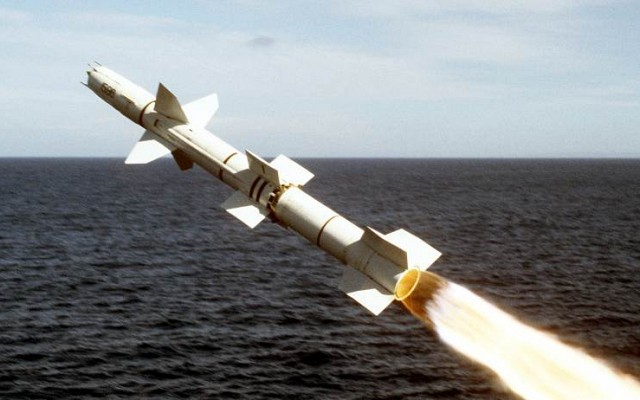 A Talos missile being launched.