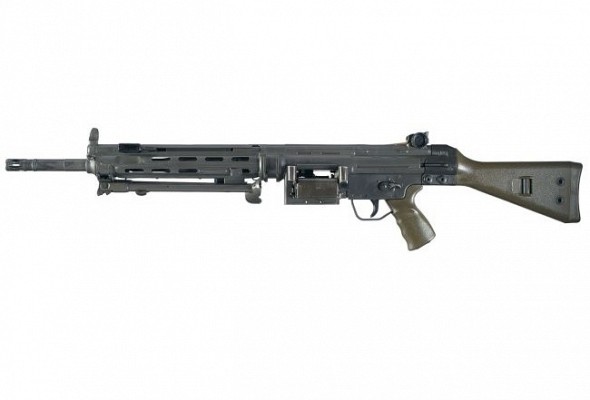 The HK 21 is an early Cold War era machine gun of German origin. It was developed to supplement the G3 battle rifle and about half of the parts are interchangeable. The HK 21 was a quite unique machine gun upon introduction. It was much lighter and allowed for semi-automatic fire. Also the HK 21 is a modular design that allows for both a change in feed mechanism and in caliber.

The HK 21 is derived from the G3 battle rifle and uses the same roller locked delayed blowback method. In order to turn the G3 in a machine gun a quick change barrel and belt feed mechanism are added, as well as numerous other changes. The HK 21 variants come in three production models. The originals models from 1961 are rather basic and feature a G3 stock and non-adjustable bipod.

The HK 21 is belt fed and fires the 7.62x51mm NATO round. The cyclic rate of fire is about 900 rpm. Unlike many machine guns the HK 21 also allows for semi-automatic fire, and fires from a closed bolt. This allows for better accuracy, but is less efficient in heat dissipation.

The HK 21 was produced for export sales. Several nations adopted it. One of the main users was Portugal, which also produced the HK 21 under license. West Germany did not adopt the HK 21 since the MG3 was already in service. This first iteration was replaced in production in the mid 1970's by the HK 21A1 pattern, which is described separately.

The first generation of HK 21 series machine guns can be identified by having a regular G3 type stock. The A1 and Export generation are described in different articles.

In this generation the HK 21 is the most common model, followed by the HK 11. The HK 21 and HK 11 are practically identical. By changing the belt feed mechanism for the magazine adapter the HK 21 can be converted into HK 11, and vice versa.

The HK 23 and HK 13 are chambered for the 5.56x45mm M193 round. These weapons are nearly identical to their 7.62x51mm counterparts. The only differences are the feed mechanism, barrel and rear sight. This can be set up to 1.000 m and has a ballistic match to the 5.56mm round.

HK 21
Belt fed machine gun in 7.62x51mm NATO. Main production variant of the first generation of HK 21.
HK 11
HK 21 pattern machine gun fitted with magazine adapter for 20 round G3 magazines or 50 round drum magazine. Besides the magazine adapter both are identical.
HK 23
Variant of the HK 21 chambered in 5.56x45mm M193. Looks very similar to the HK 21, but has a different feed mechanism, barrel and rear sight.
HK 13
HK 23 fitted with magazine adapter. Uses the 25 round magazines of the HK 33 series assault rifle. 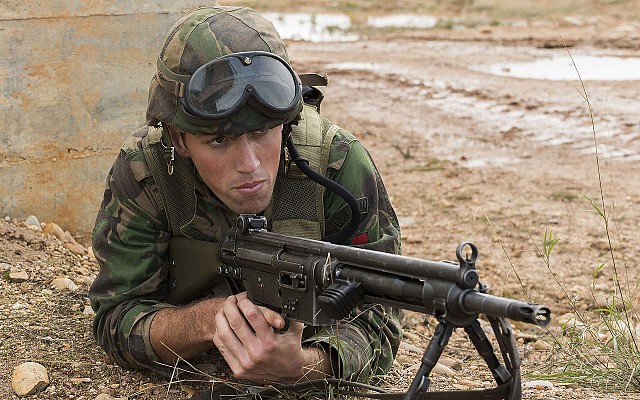 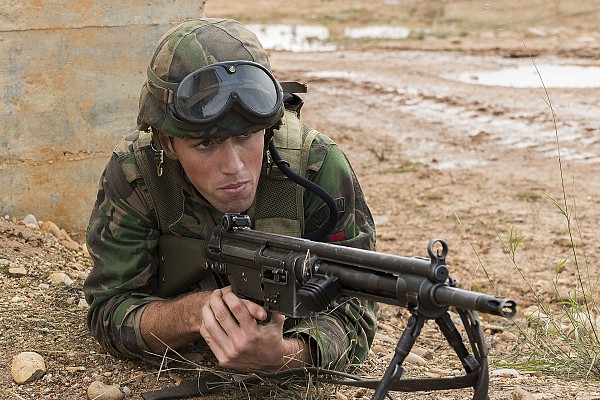 Portuguese soldier seen with HK 21 machine gun during an exercise in 2015. 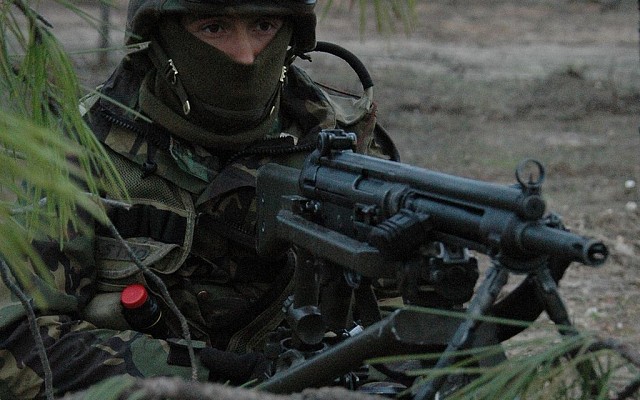 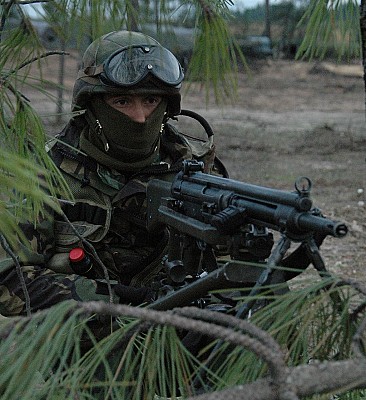 Portuguese soldier seen with HK 21 machine gun on a tripod mount during an exercise in 2015.