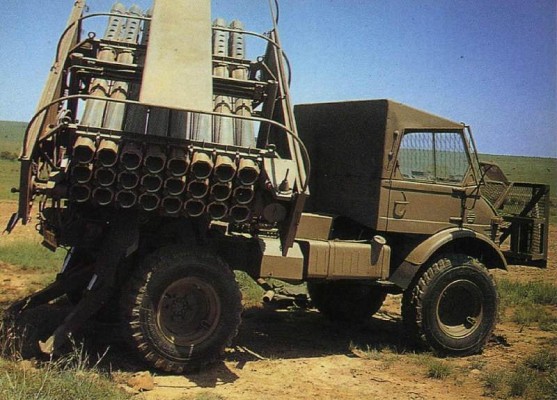 The Valkiri is a late Cold War era multiple rocket launcher of South African origin. The design is based on the Soviet BM-21 Grad, but was slightly improved in order to counter it from longer distances. The name Valkiri is Afrikaans for "Valkyrie".

The Valkiri is based on the Unimog 4x4 truck chassis. It is a small vehicle and when fitted with a tarpaulin cover it looks like an ordinary Unimog truck as used in the South African army. Two outriggers are placed at the rear and are lowered before firing. The Valkiri Mk I can only fire the original standard range rockets. The product improved Mk II, which is described in a separate article, can fire longer range rockets from its 40 round launcher and is based on a SAMIL-100 6x6 truck with armored cab.

The Valkiri is fitted with a 24 round launcher for the 127mm unguided and spin stabalized rockets. The effective range is 22 km and the rate of fire is one rocket per second. The 22 km range is slightly more than the 20 km range of the original Soviet BM-21.

The Mk I is based on an unarmored vehicle without additional mine protection. A tarpaulin cover can be fitted over the launcher to disguise it as a normal truck. The crew is exposed during firing and reloading.

The Unimog chassis has a good mobility on paved and dirt roads. With the long distances involved in the South African Bush War wheeled vehicles were deemed preferable due to their lower fuel consumption and posing less demands on the supply train.

The Valkiri was adopted by South Africa and entered service in the 1982. Only 25 vehicles have been produced. These were used extensively during the Bush War. Due to the end of the war and the introduction of the Bateleur the Valkiri has been removed from active service. A number of these vehicles is retained in storage. 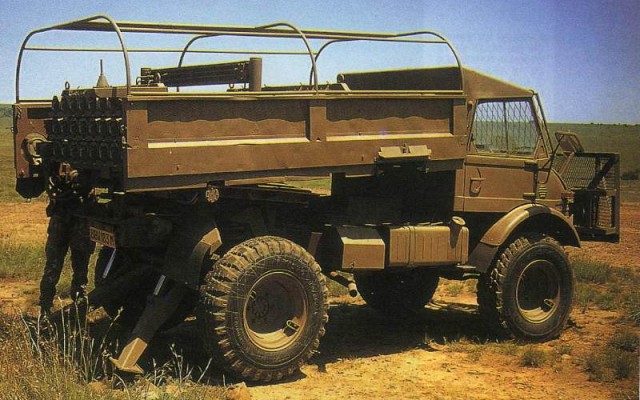 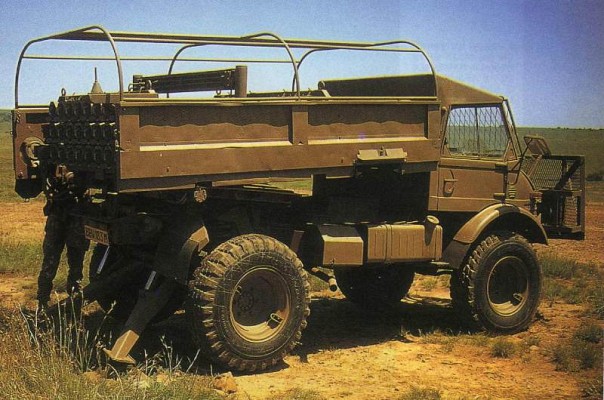 Valkiri Mk I in the travelling configuration, with tarpaulin it looks like an ordinary truck. 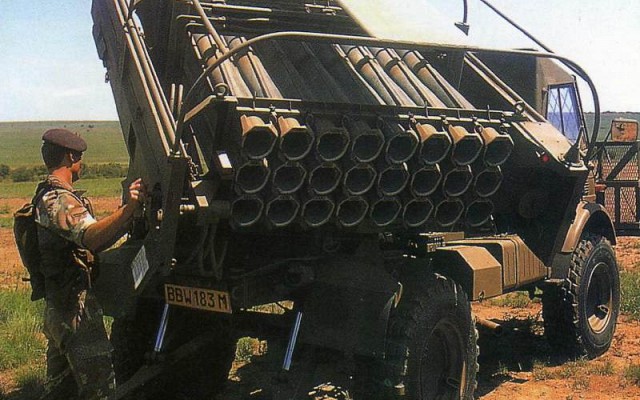 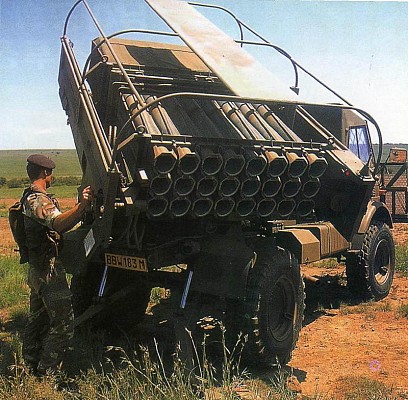 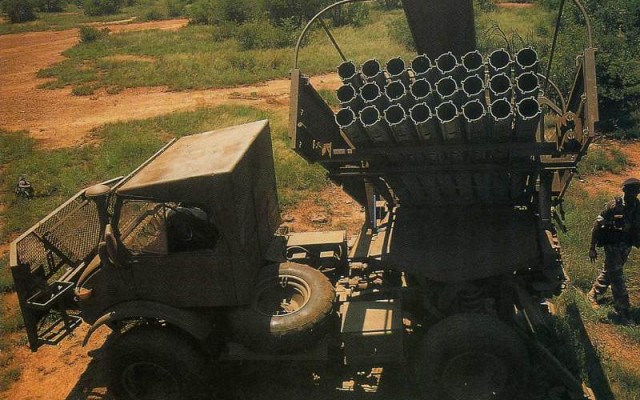 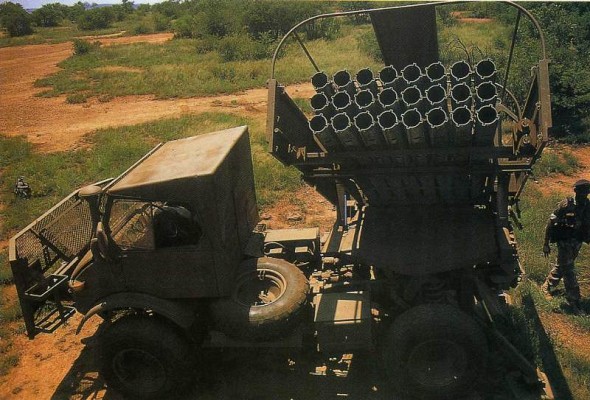 Top view of Valkiri Mk I in a firing position.

The Valkiri was developed in response to the BM-21 used by opposing forces during the South African Bush War. 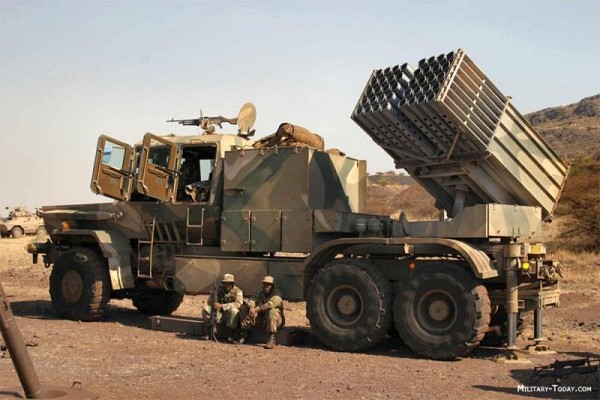 The Valkiri Mk II, adopted as the Bateleur, is an improvement over the Mk I. The Mk II can fire new longer range rockets and is based on an armored an mine protected SAMIL 100 6x6 truck chassis.