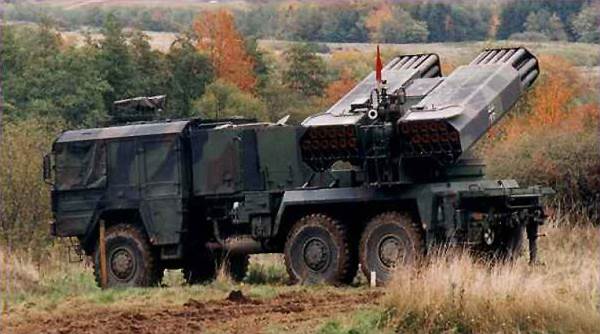 The LARS is a late Cold War era multiple rocket launcher of German origin. It was developed in the 1960's to complement tube artillery. Conceptually the LARS is similar to the widely used Soviet BM-21 Grad. No LARS sytems remain in use today.

The LARS essentially is a truck based trainable launcher for unguided artillery rockets. The 110mm diameter artillery rockets are spin stabilized and use solid rocket fuel. Reloading is done manually by the three man crew. A firing unit consists of four launchers plus ammunition trucks. Originally the system was based on the Magirus-Deutz Jupiter 7t 6x6 truck, but was rebuilt in the 1980's on the more mobile MAN Kat 1 6x6 truck.

The LARS has 36 launch tubes for 110mm artillery rockets. All tubes can be fired in 18 seconds. The minimum range is 6.5 km and the maximum range is 14.7 km. Three types of ammunition are available: fragmentation, anti-tank mines and smoke. For self-defense a 7.62mm MG3 machine gun is fitted on a ring mount on the cabin roof.

The armored cabin of the LARS 1 provides limited protection against small arms fire and shrapnell. The LARS 2 is a softskin vehicle. No NBC systems are fitted. The somewhat limited range of the LARS makes it vulnerable to counter battery fire.

The LARS was acquired only by Germany and was used by the German army. In the 1980's the LARS was improved as the LARS 2 by converting existing vehicles to a MAN 7t 6x6 truck chassis and by adding an artillery radar to each four vehicle unit. Since the mid 1990's the LARS was supplemented in German service by the American M270 MLRS system, known in Germany as MARS. Last units were replaced in the year 2000, ending the service life of the LARS.

The LARS 1 is the original production model of the LARS. It is based on the Magirus-Deutz Jupiter 178D15A 7 ton 6x6 truck chassis. A firing unit exists of four LARS 1 plus several transport trucks carrying additional ammunition. The LARS 1 is easily identified by its two banks of 18 launch tubes in conjunction with the bonnet truck chassis. 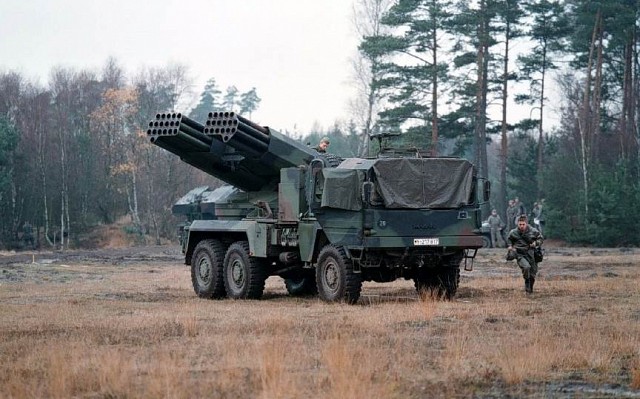 The LARS 2 is a product-improved version of the LARS 1. No new LARS 2 were produced, all have been converted from LARS 1. The LARS 2 replaces the Magirus-Deutz Jupiter chassis with a newer MAN Kat 4520 7 ton 6x6 truck chassis. Additionally a fire-control radar unit, known as FERA, was added to each four vehicle firing unit. 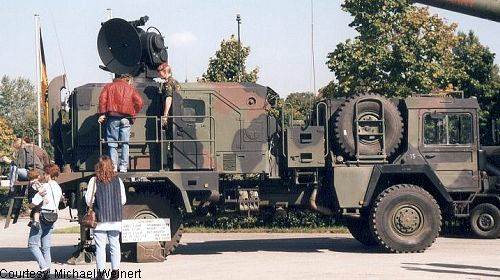 FERA is a fire-control system that was developed for use in conjunction with the LARS 2 system. It consist of a radar derived from the Oerlikon-Contraves Fieldguard system and a MAN 5t 4x4 truck chassis. 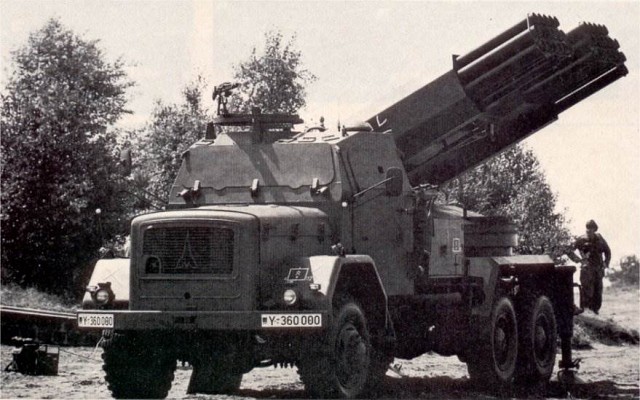 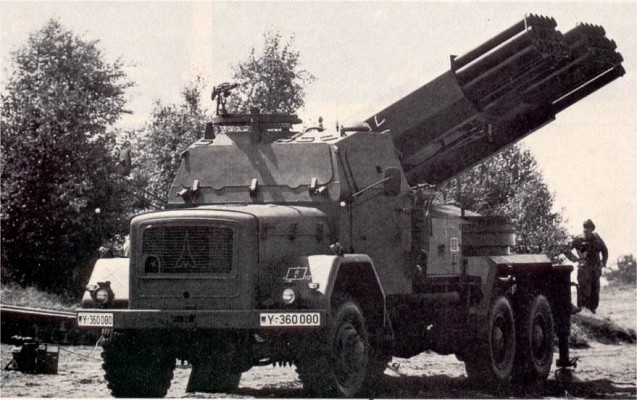 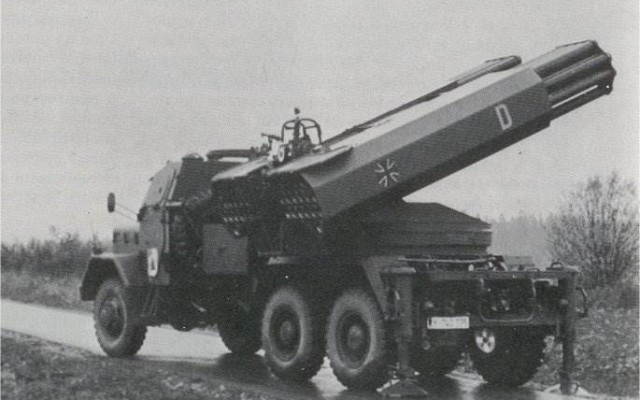 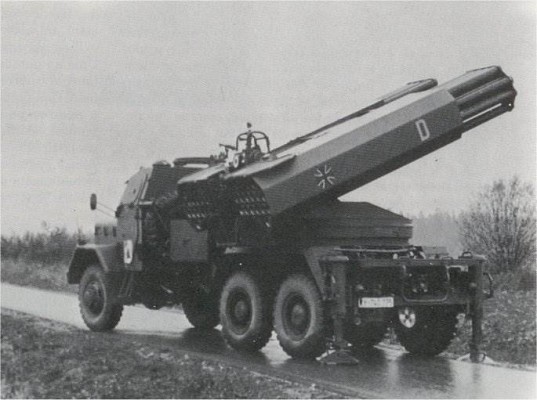 Rear left view of LARS 1 multiple rocket launcher in the firing position. Note that the two jacks are the rear of the vehicle are lowered. 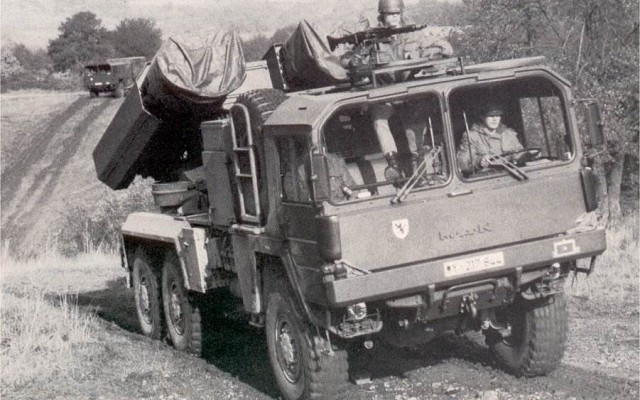 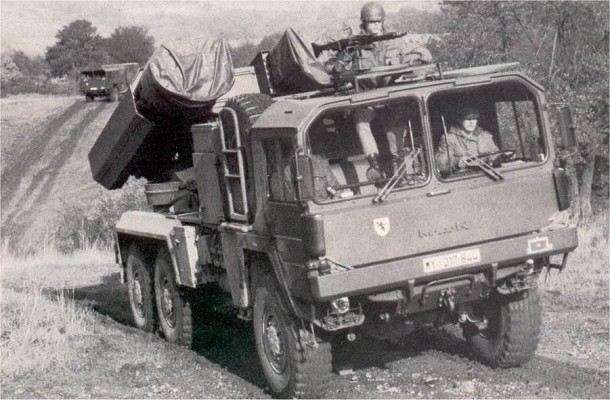 Forward view of German army LARS 2 on the move. 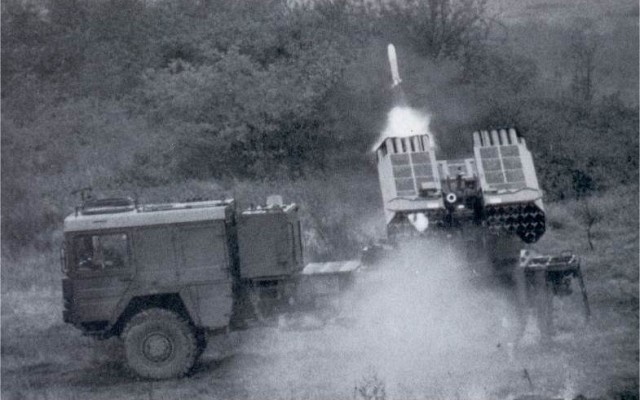 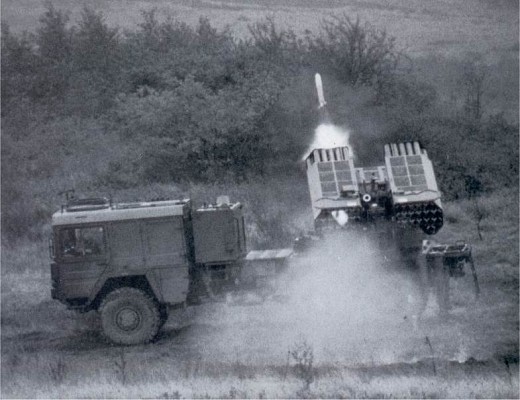 Left side view of LARS 2 firing a 110mm rocket. 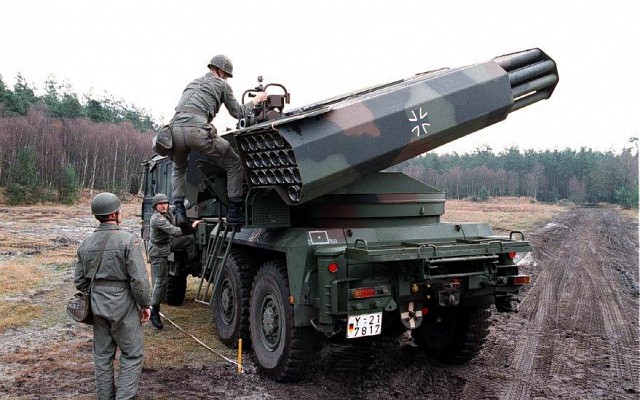 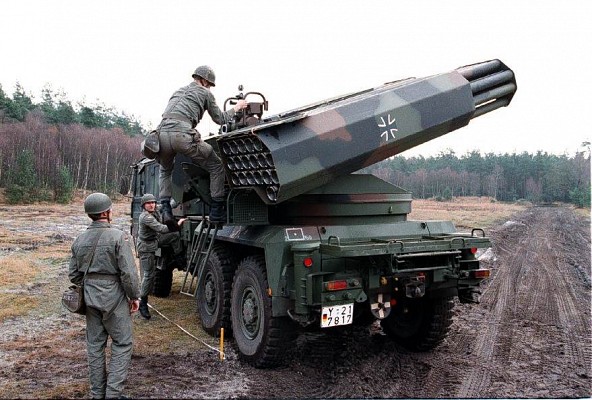 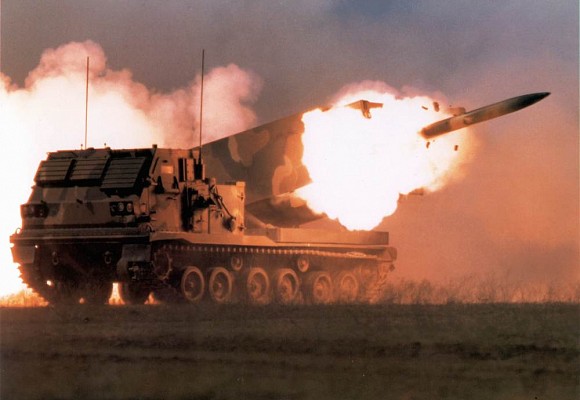