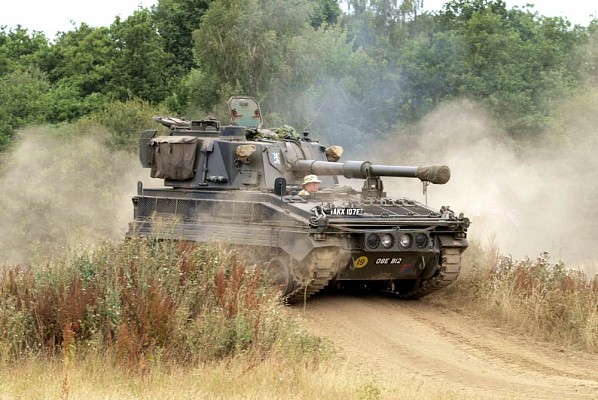 The Abbot is an early Cold War era self-propelled howitzer of UK origin. The ordnance developed for the Abbot was later used on the towed L118 Light Gun.

The Abbot is based on the chassis of the FV 432 armored personnel carrier and shares most automotive components. The engine and drivetrain are mounted at the front hull and small turret it located at the rear. The Abbot uses a 105mm gun of a design derived from naval ordnance. It uses a new range of 105mm shells, although 105mm NATO shells can be fired.

The 105mm gun provides a maximum effective range of 17.4 km. With NATO standard ammunition this range is reduced to 15.0 km. The maximum rate of fire is 6 to 8 rpm. A total of 40 rounds are carried, including a number of HESH rounds intended for direct fire. A 7.62mm Bren L4 light machine gun is pintle mounted on the turret roof for self defense.

The Abbot has a steel hull that provides protection against small arms fire and shell splinters. It can be operated under full armor protection without any of the crew exposed. Smoke grenade dischargers and NBC system are fitted.

The tracked chassis provides good all terrain mobility. The Rolls-Royce K60 240 hp multifuel engine provides a maximum speed of 47 km/h. With the trim vane erected and floation devices fitted the Abbot is amphibious.

The Abbot was acquired by the UK and India. In UK service the Abbot was replaced in the 1990's by the larger and more capable AS 90. The Abbot remains in Indian service. 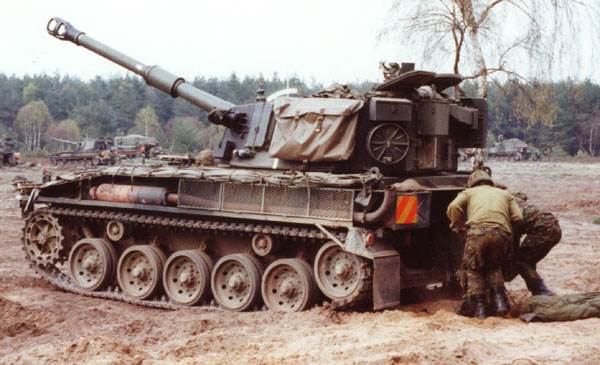 Variants of the Abbot 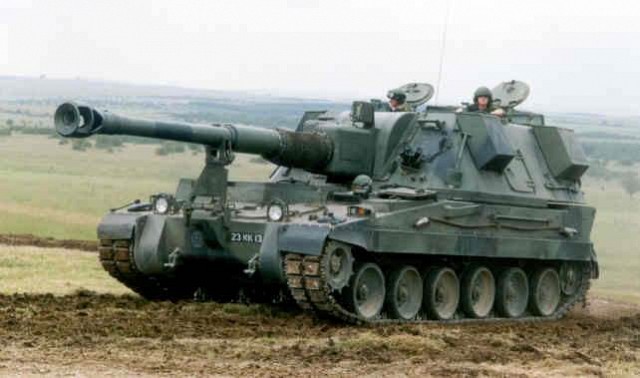 In the United Kingdom the Abbot was supplemented and replaced by the larger and more capable AS90 self-propelled howitzer.

Read more about AS90 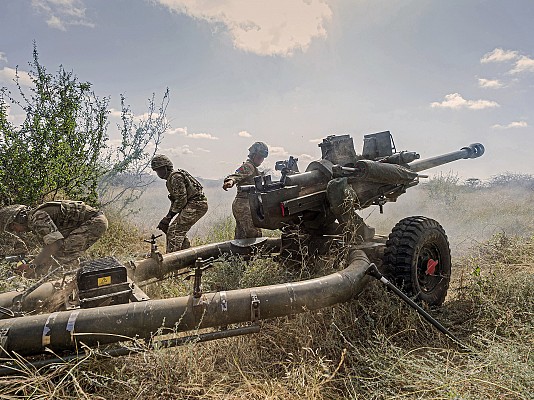 The ordnance of the Abbot was used in a modified form on the L118 Light Gun.