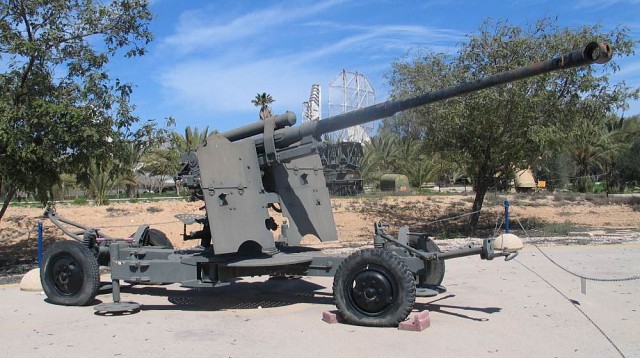 The KS-12 is consists of a large 85mm cannon fitted on a turntable on a four wheel chassis. In the firing position the weapon rests on jacks and outriggers. A gun shield is fitted to most units as the KS-12 also has a secondary role as a direct fire weapon. The KS-12 is manually loaded and traverse and elevation are manual as well, resulting in a crew of 7. Fire control is normally provided by a PUAZO-6 or -12 fire director and SON-9 fire control radar.

The KS-12 fires fuzed 85mm fragmentation ammunition against aircraft and armor piercing rounds against armored vehicles. Since it is manually loaded the rate of fire is only 15 to 20 rounds per minute. The KS-12 has a maximum horizontal range of 15.5 km and vertical range of 10.5 km. The longer barreled M1944 may reach 18 km and 11.6 km respectively. Against ground targets the maximum range is about 8 km.

The KS-12 is a very heavy system that cannot be moved by hand. It is normally towed by a ZIL-157 or other 6x6 truck. The truck also transports the crew and usually carries 150 rounds of ammunition. The PUAZO fire director and SON-9 fire control radars are also towed by truck.

The KS-12 was widely used by Soviet forces during World War 2 and is claimed to have taken out over 4.000 Axis aircraft. After the war it was soon replaced in russia by the KS-19 and KS-30, but remained in use with other Eastern European nations and was widely exported. China produced the KS-12 under license and Soviet export models were common in Asia, the Middle East and Africa during the Cold War. Nowadays the KS-12 is only found in active use in third world nations. 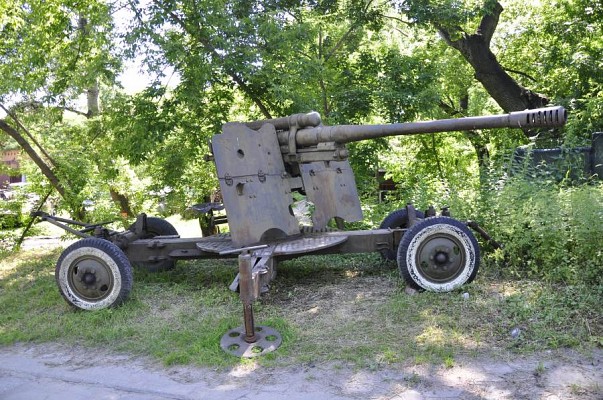 The KS-12 is the original model and is also known as the M1939 and 52-K. The 85mm ordnance with multi-slotted muzzle brake is mounted on a turntable on a four wheel chassis that is stabilized by four outriggers. The KS-12 was the most common model used during World War 2 and was supplemented by the improved KS-12A.

The KS-12A is upgraded version of the original KS-12 and is also known as the M1944. It differs in having a longer monobloc ordnance with single baffle muzzle brake, resulting in a longer range. The KS-12A is also more often found with a gun shield than the KS-12. The Chinese Type 56 is a direct copy of the KS-12A. 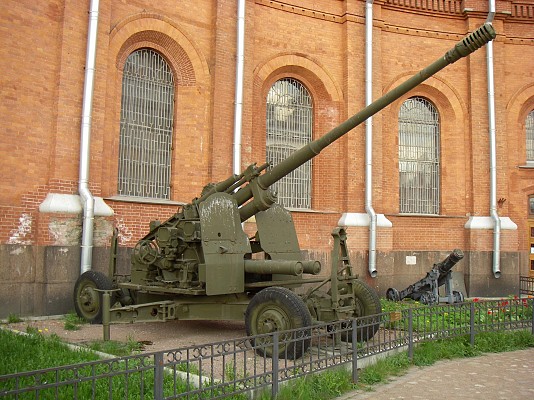 The KS-12 was replaced by the KS-19 in the early stages of the Cold War.

The 100mm KS-19 can reach higher altitudes and is more effective against high flying bomber aircraft.