Forward view of 2S7 Pion on the move during the 2015 Ukraine conflict.
Source: Unknown author - © copyright lies with original owner

The 2S7 is based on a highly modified and stretched T-80 chassis. Four crewmembers are seated in the front cabin, the engine is mounted behind it and three crew members are in the rear compartment. The ordnance is mounted at the rear. A giant spade at the rear is lowered to provide stability while firing.

The 2S7 is fitted with the massive 56-caliber 203mm 2A44 howitzer. With standard ammunition it has a range of 37.4 km and a rocket-assisted projectile can be fired out to 47.5 km. The rate of fire is 1.5 rounds per minute. Four rounds of ammunition are carried on the 2S7 with the remainder on a support vehicle. The improved 2S7M carries 8 rounds and has a rate of fire of 2.5 rpm. No secondary armament is fitted.

The steel armor protects the crew against small arms fire and shell splinters when on the move. In the firing position the crew members are exposed since the ordnance is mounted in the open. An NBC system is fitted, but smoke grenade launchers are not.

The 2S7 is based on a tracked chassis that provides a reasonably good cross country performance given its size and weight. The 780 hp V-46 diesel engine provides propulsion. Even with this amount of power the 2S7 remains a quite slow vehicle. The improved 2S7M uses the more reliable 840 hp V-84 diesel engine.

The 2S7 Pion was used by many USSR nations. It is estimated that over 1.000 units have been built. Today the 2S7 is relatively uncommon as with the end of the Cold War the need for such a powerful weapon system has faded. 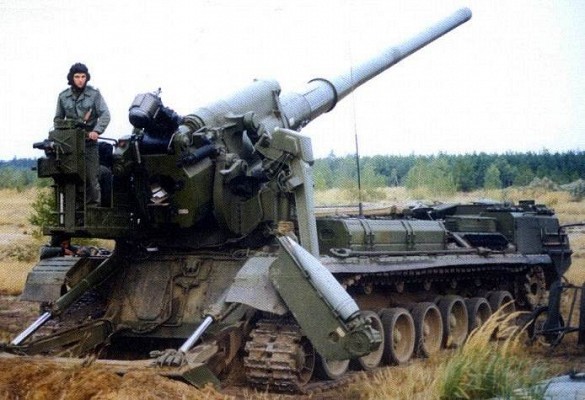 Variants of the 2S7 self-propelled howitzer

2S7 Pion
The 2S7 Pion is a massive tracked self-propelled howitzer. The chassis is based on the T-80 main battle tank. The 2S7 is fitted with a 203mm L/56 2A44 howitzer.
2S7M Malka
The late production variant is designated 2S7M. It was designed under the Malka program. The 2S7M is fitted with a more powerful and reliable engine, is fitted with newer radios, carries 8 rounds of ammunition and has an increased rate of fire of 2.5 rounds per minute. 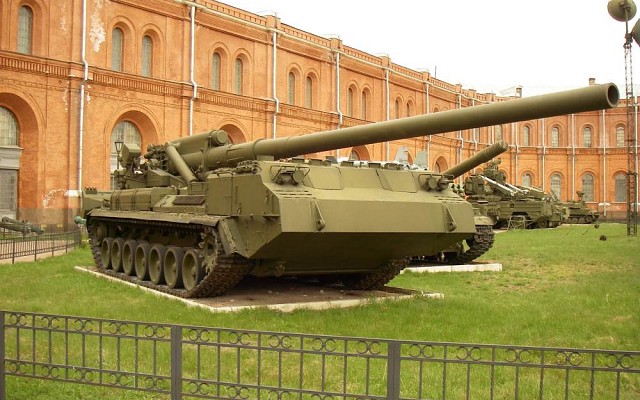 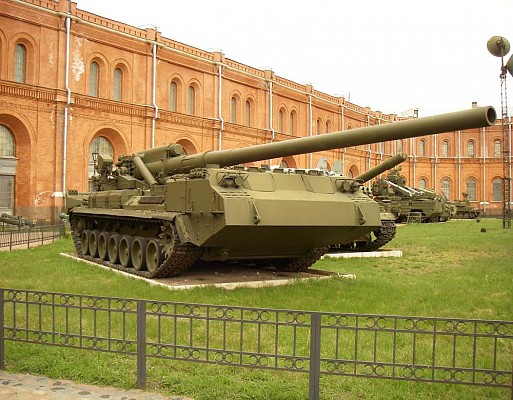 Forward view of former Soviet 2S7 Pion in a museum 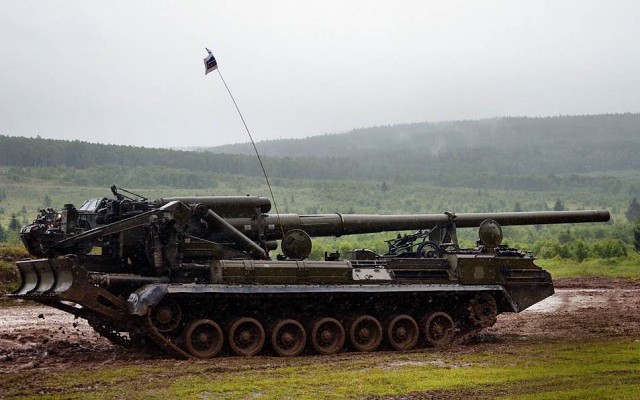 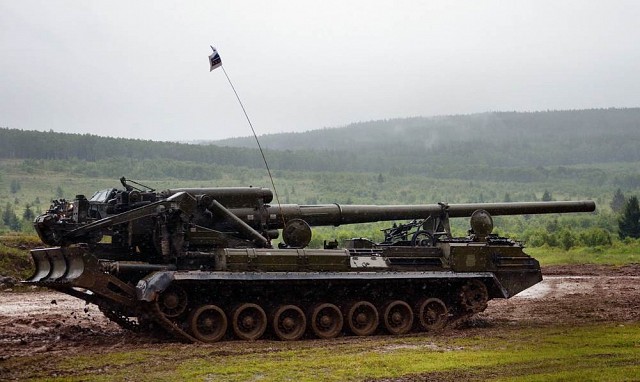 Right side view of 2S7 on the move. 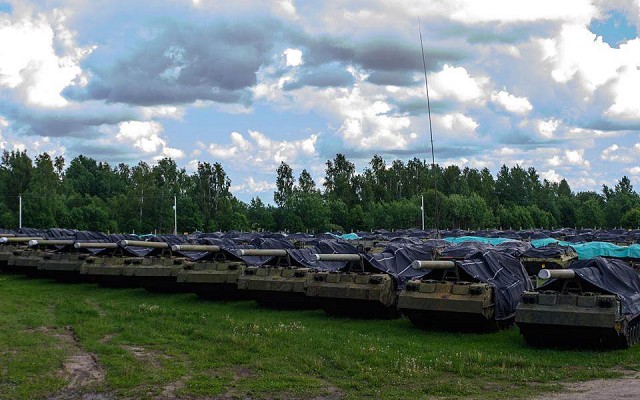 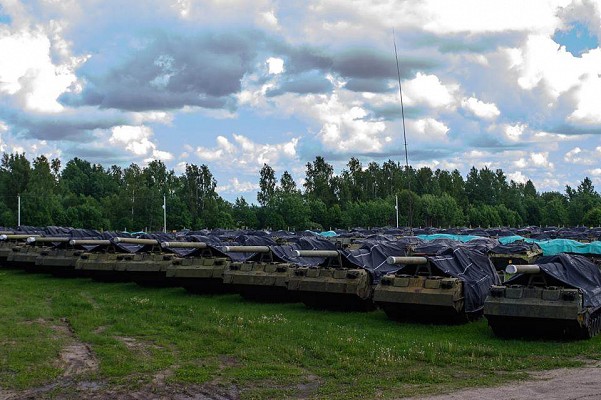 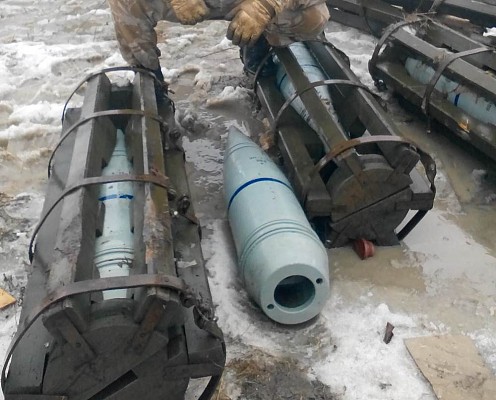 The 2S7 Pion uses a range of ammunition specifically developed for this long barrel howitzer. 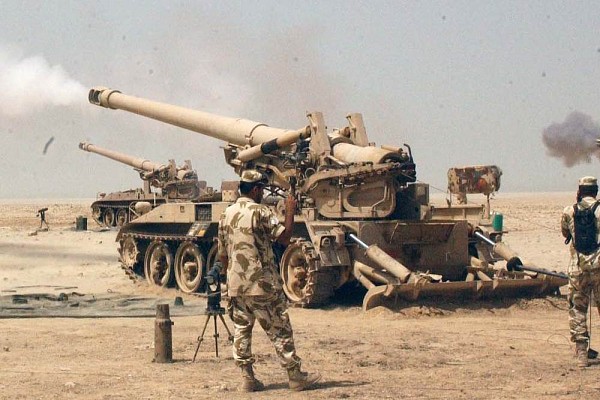 The American M110 self-propelled howitzer can be considered the NATO counterpart of the 2S7 Pion. It is armed with a 203mm howitzer, but fires shells that a bit lighter and has a shorter maximum range.