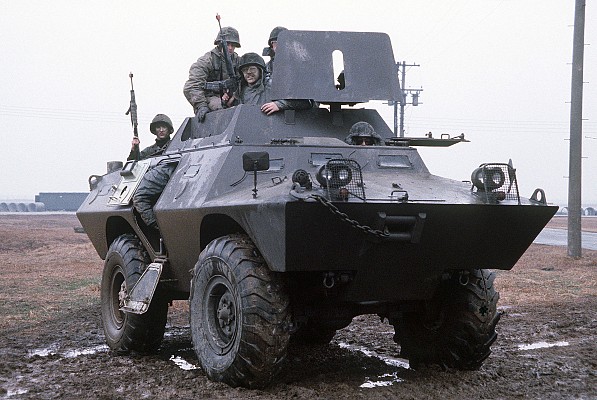 The V-100 Commando is an early Cold War era armored car of US origin. It was developed as a private venture by Cadillac Gage in the early 1960's. The V-100 is the first variant of the Commando series of armored cars that was produced for several decades. Some were adopted by US forces as the M706.

The V-100 is an armored car with a monocoque steel hull. It can be fitted with several variations of a small turret, or with a (partial) parapet for pintle mounted weapons. The engine is located at the rear located at the rear left, allowing for a small passage to a door at the rear right. In addition there is a door on either side.

The steel hull protects the crew from regular small arms fire and shell splinters. The armor is not rated against .30 caliber AP ammunition and heavy machine gun fire. The tires are of the run flat type.

The V-100 is powered by a Chrysler V8 petrol engine. This produced a maximum of 200 hp and allows for a maximum road speed of 100 km/h. The V-100 is amphibious and is propelled in the water by its wheels. The V-100 is the early model of the Commando series of armored vehicles. All subsequent versions of the Commando have an improved suspension, increasing load capacity and reducing break downs.

The V-100 was exported to several nations and adopted by the US Army and Air Force is small numbers. The US used the V-100 in Vietnam for rear area patrol duties and airfield protection. Some former military V-100 were provided to several local law enforcement SWAT teams, the Los Angeles Police Department being a well known user. 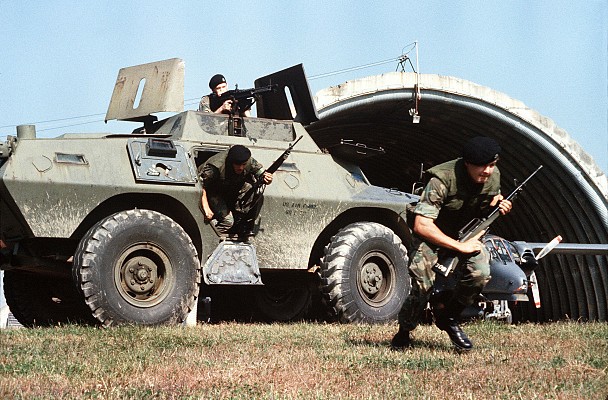 The V-100 is the original model of the Commando. At first it was known just as the Commando. The V-100 designation was used several years later. It is also known under the US military designation or M706. Although the V-100 was trailed with various turrets with machine guns, grenade launchers and 20mm autocannon. Only a number of relatively basic models saw service. 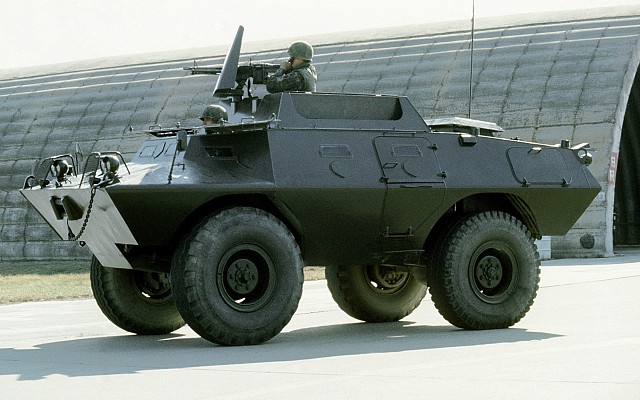 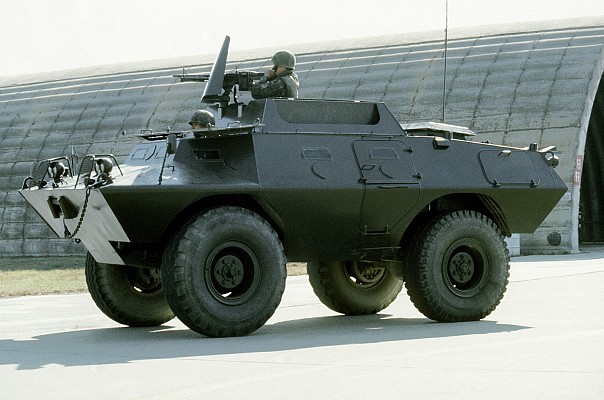 US Air Force security police patrol an air base in 1980 in their XM706E2 armored car. 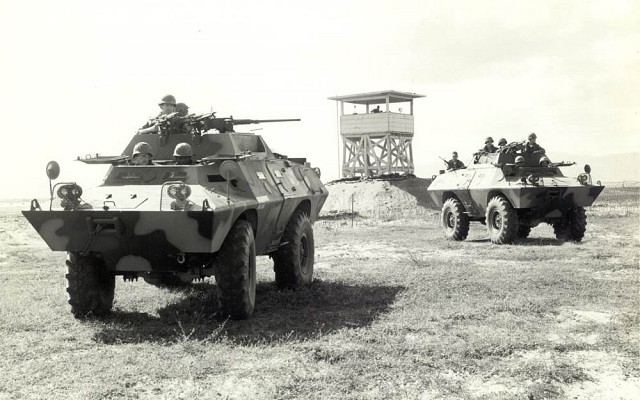 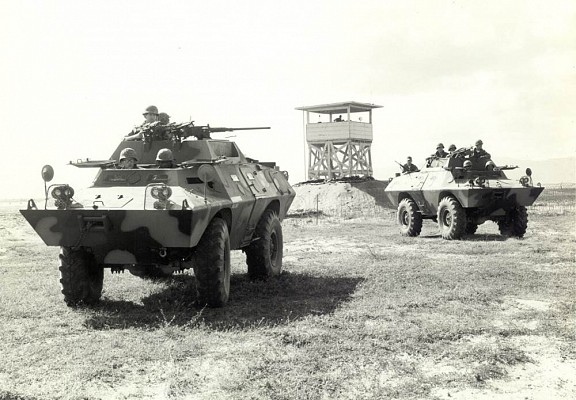 In US military service most of the M706 variants were armed with pintle mounted 7.62mm M60 machine guns.

Some vehicles in US military service were armed with the 12.7mm M2HB heavy machine gun. 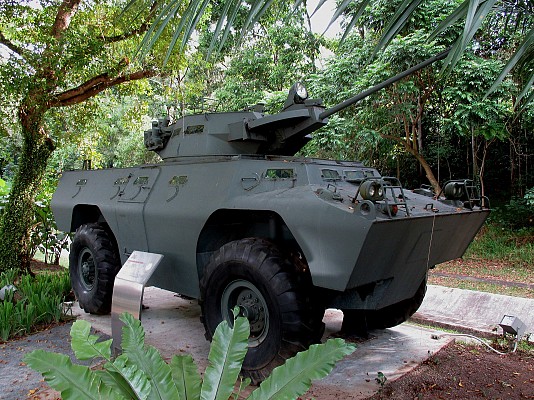 The V-200 is an enlarged version of the V-100, allowing it to carry more troops and making it a more suitable platform for weapons carriers. 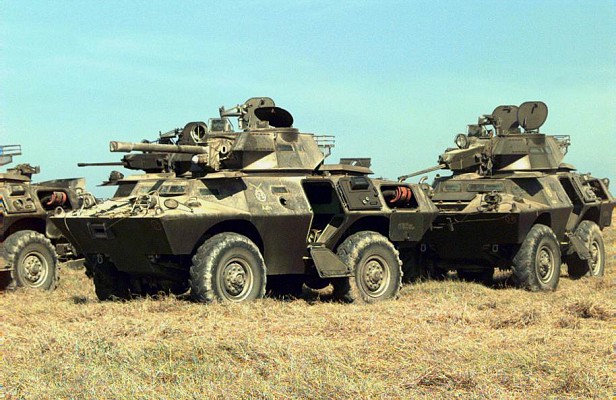 The V-100 was replaced on the production line with the V-150. This has a similar size as the V-100, but its improved suspension and axles allow for more armament options.