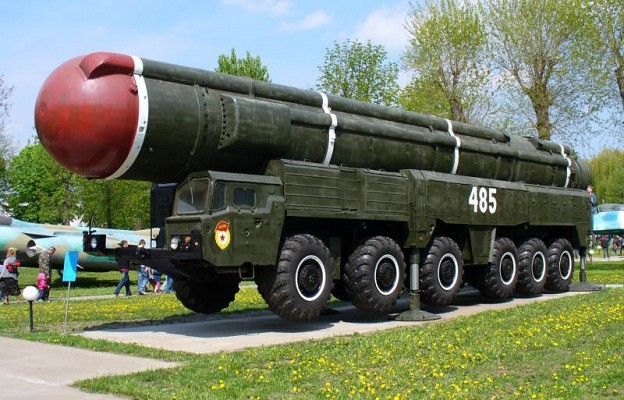 The RSD-10 Pioner is a Cold War era intermediate range ballistic missile system with nuclear warheads of Soviet origin. In the West it is known by the NATO reporting name SS-20 Saber and it is also known as the RT-21M. The name RSD-10 Pioner stands for Raketa Sredney Dalnosti "Pioner", which is Russian for Medium-Range Missile "Pioneer". The RSD-10 was developed concurrently with the longer range RT-21 Temp-2S (SS-16) and shared a similar first and second stage. The RSD-10 was notable for two reasons. First, it was the first Soviet solid fuel nuclear missile, thus providing a true road mobile fast reaction system. Second, it was a move away from the strategy of mutually assured destruction towards smaller yield pinpoint strikes.

The RSD-10 is a two stage missile using solid fuel and inertial guidance. The payload is either a single high yield nuclear warhead or three lower yield MIRVs. The major tactical advantage of the RSD-10 is the highly mobile six axle all terrain MAZ-547A launch vehicle. The launch vehicle fulfills the roles of transporter, erector and launcher. Four large jacks are used in the launch position. The survivability of the RSD-10 system is rather good due to its mobility and limited launch time.

The RSD-10 has a range of 5.500 km and CEP of about 550 meters. Originally the RSD-10 was fitted with a single 1 MT warhead. At the same time a version with triple MIRV warhead with 5 to 50 kT yield each was developed and became the most common model. There is no version with conventional warhead.

The USSR was the sole user of the RSD-10. In was in use from 1976 to 1988. All missiles and launch vehicles had been destroyed by 1991. Some remain in museums. The RSD-10 has no direct replacement, but it can be argued that the role of the RSD-10 has been taken over by the much longer range RT-2PM Topol (NATO: SS-25) system that is employed since 1988. 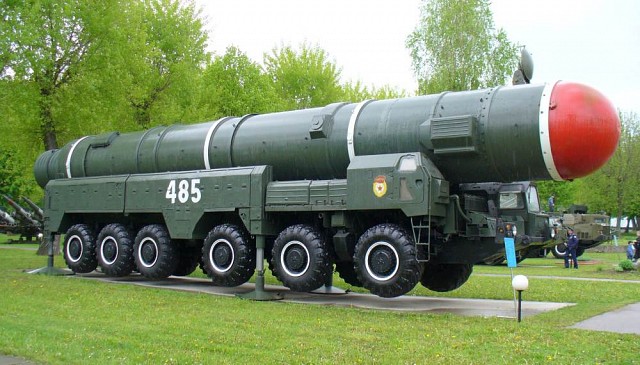 The launch vehicle holds a single solid fuel two stage missile. The original missile had a single warhead and was called 15Zh45. The 15Zh53 missile has three warheads. 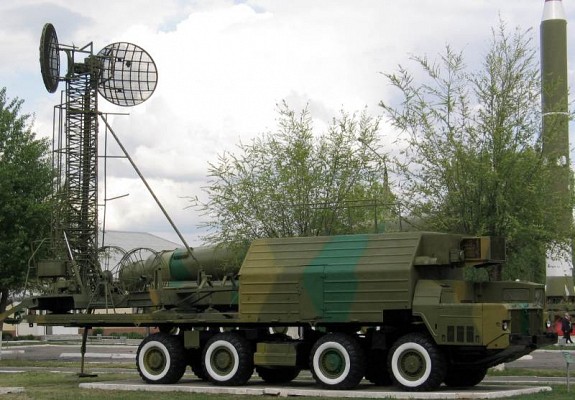 The 15V75 tropospheric communication vehicle provides long range communication. This vehicle is based on MAZ-543A chassis. Reportedly this system is also known as MS-2. 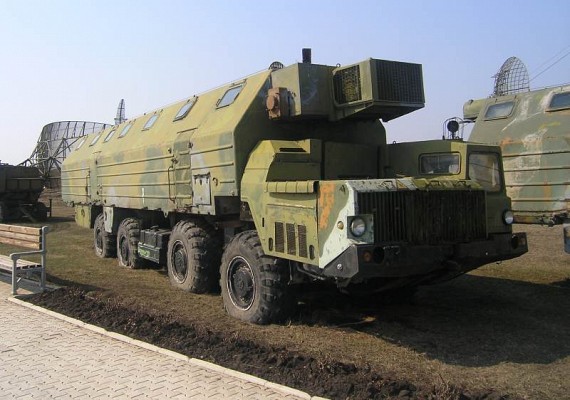 The 15T118 is a road mobile command post vehicle. This is based on the MAZ-543A 8x8 wheeled chassis. 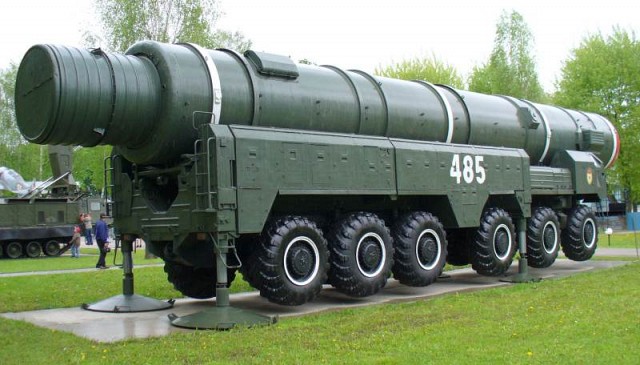 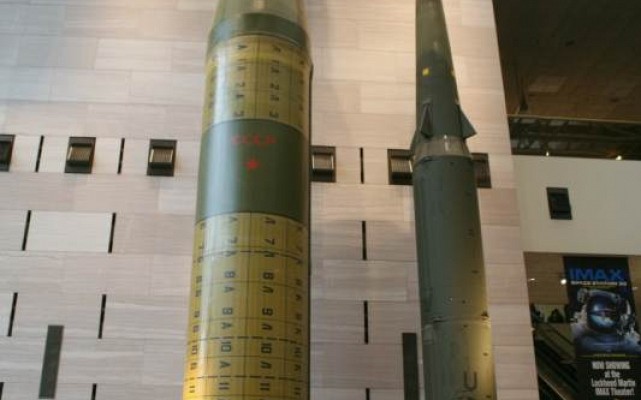 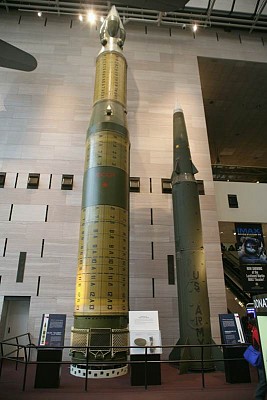 A Pioner-UTTH missile alongside Pershing II missile in a museum. Note the two stage design with tripple MIRV warhead. 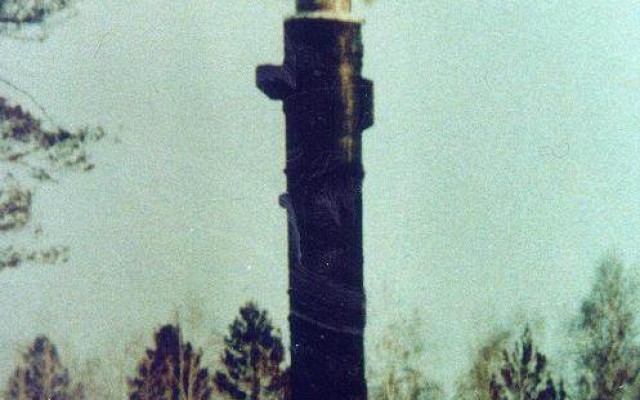 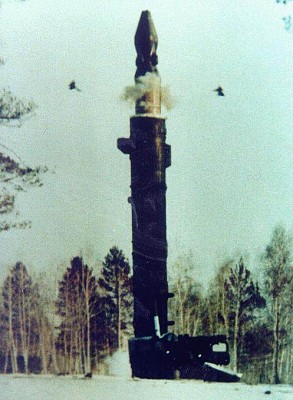 A Pioner-UTTH missile being launched during testing. 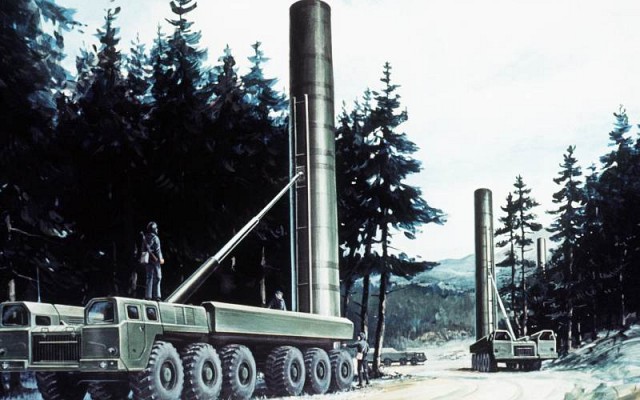 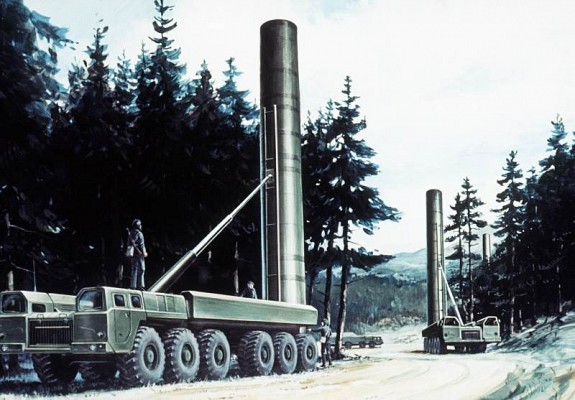 Artist impression of RSD-10 in the launch position. 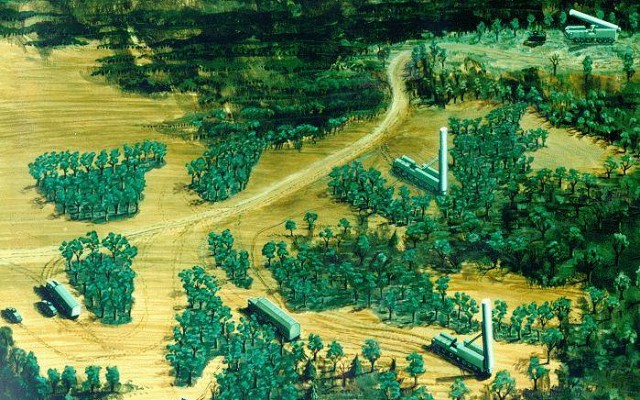 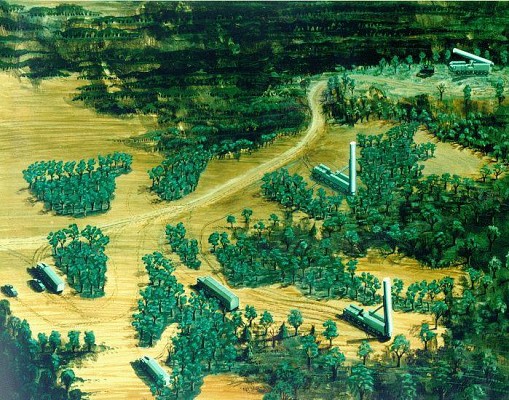