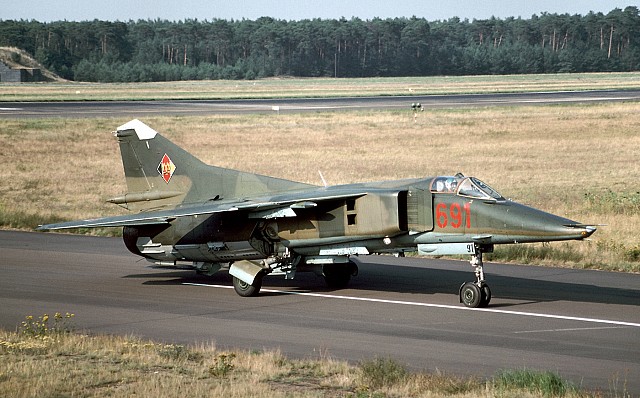 The MiG-23BN is a late Cold War era ground attack fighter of Soviet origin. It was developed to meet Soviet requirements for a new generation of new ground attack fighter. The Mikoyan design bureau was looking at a new design, but budget restraints and requirement to deliver soon drove the design towards the MiG-23 that was on the production line. In time the MiG-23BN was further developed in the MiG-27, which has a different nose with much improved visibility in the air to ground role.

The MiG-23BN is based on the MiG-23ML fighter aircraft. The radar is replaced with a targeting and navigation system for a wide range of air to ground ordnance. The layout of the hardpoints is a bit different with two fuselage hardpoints and all six capable of 500 kg payload. The pre-production batch of MiG-23B had the AL-21F-3 engine and older Sokol-23S. The main production MiG-23BN model has the R-29B-300 engine, which was only slightly derated compared to the fighter variants. This allows the MiG-23BN to carry out a low level supersonic dash.

The MiG-23BN is fitted with the Sokol-23N sighting and navigation system. There is no radar system.

The MiG-23BN can operate from austere airfields. The variable geometry wings allow for a limited take-off and landing run, while being capable of sustained supersonic flight at high altitude. The MiG-23BN is also capable of temporary supersonic speed at sea level, increasing its survivability near the target area. Ferry range is 1.350 km and combat range is 550 km with a high-low-high flight pattern.

The MiG-23BN was adopted by Soviet frontal aviation and exported to many nations with close ties to the USSR. The MiG-23BN was extensively used in various conflicts in the Middle East. Iraq used the type throughout the Iran-Iraq war. 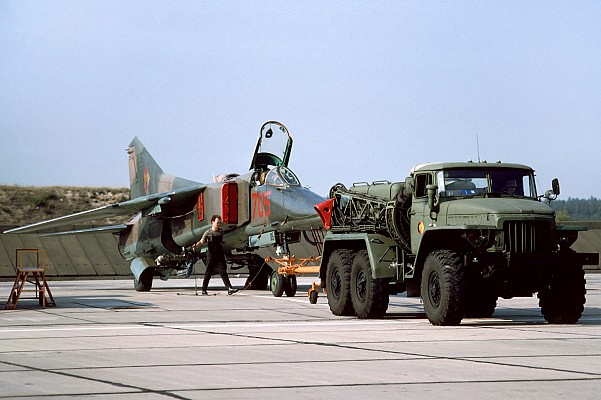 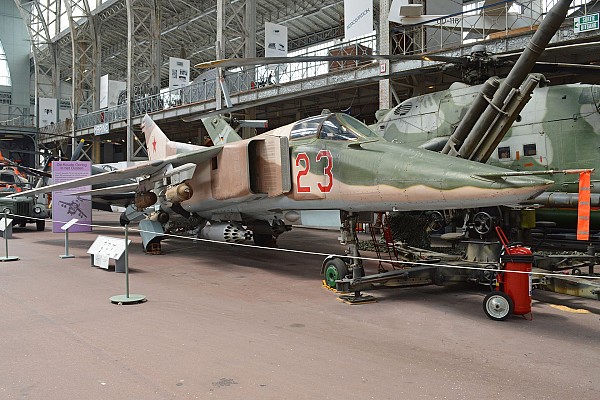