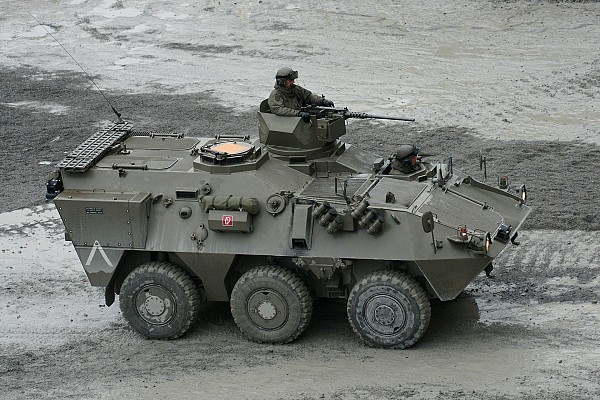 The Pandur is a late Cold War era armored personnel carrier of Austrian origin. It was developed in the early 1980's as a private venture and was exported to various nations. Production is now focused at the improved Pandur II, which is available in 6x6 and 8x8 versions.

The Pandur comes in a variety of versions. The baseline vehicle is a 6x6 steel chassis with the engine in the front right and driver at the front left. Steering is on the front four wheels. The purpose and layout of the rear compartment depends on the version. A long wheel base version was developed to allow for more internal space. An amphibious version of the chassis was developed, but never placed in production.

The armored personnel carrier, which is the most numerous version, is armed with a 12.7mm M2HB heavy machine gun. Additionally there is an infantry fighting vehicle with 25mm M242 Bushmaster autocannon, a fire support vehicle with 90mm cannon and mortar carrier with 81mm L16 mortar.

The all welded steel armor provides protections against small arms fire and shell splinters from all arcs. Over the frontal arc there is protection against 12.7mm AP projectiles fired from a 100 m distance. Most vehicles are fitted with spall liners and mine protection mats are optional. Smoke grenade dischargers are fitted to all versions and an NBC system is optional.

The first user of the Pandur was Austria. With a total of 60 vehicles Belgium was one of the major users. For trails the USA bought a batch of 12 vehicles but did not order more. Kuwait ordered the widest range of variants, including those with heavier armament. In Slovenia the Pandur was produced under license as the Valuk. Currently production has switched to the improved Pandur II. The most produced version of the Pandur is the armored personnel carrier. It was acquired by Austria, Belgium Slovenia and the USA. Besides the small open turret and seating for infantry it is completely similar to the baseline Pandur. The small open turret fitted with a 12.7mm M2HB heavy machine gun. A 7.62mm MAG machine gun can also be fitted. The Slovenian Valuk differs in having a ramp at the rear instead of two doors. 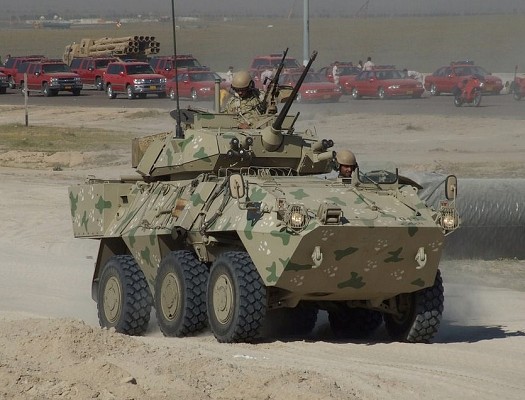 The infantry fighting vehicle version of the Pandur was acquired by Kuwait. The Pandur IFV is fitted with the LAV-25 turret. The vehicle is based on the long wheelbase Pandur chassis to allow space for infantry next to the turret. 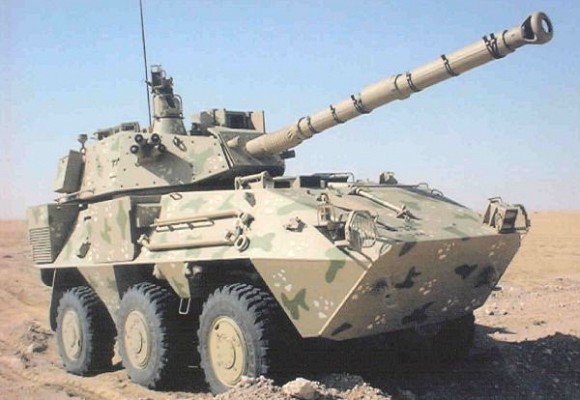 The fire support vehicle version of the Pandur is designated Pandur ARFSV, which stands for Armored Reconnaissance Fire Support Vehicle. Prototypes were fitted with both the LCTS-90 and TS-90 turrets both fitted with a 90mm cannon. Kuwait adopted the version with the LCTS-90 turret. The turret is fitted onto the baseline Pandur and some of the ammunition is stowed in the hull. 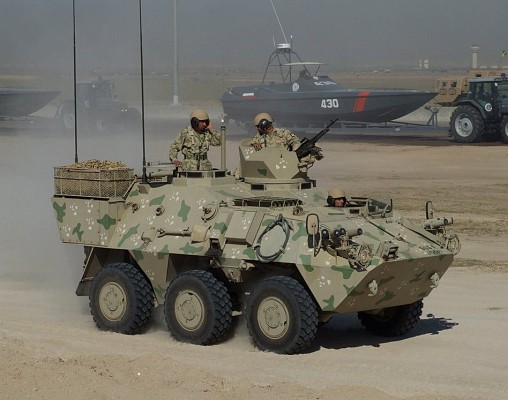 The command post version of the Pandur is based on the armored personnel carrier. Instead of infantry it carries radios and other command equipment in the rear compartment for four operators. 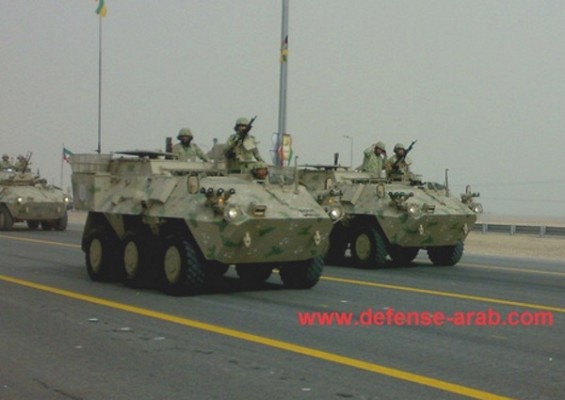 For Kuwait the Pandur was also produced as a mortar carrier. The official designation is the Pandur Armored Mortar Carrier 81 (AMC81). It is fitted with a 81mm L16 mortar that is fitted onto a turntable. Hatches in the roof allow the mortar to be fired from within the vehicle. The ammunition and crew are carried within the vehicle.
A version with a 120mm mortar called the AMC120 was developed, but was never produced. 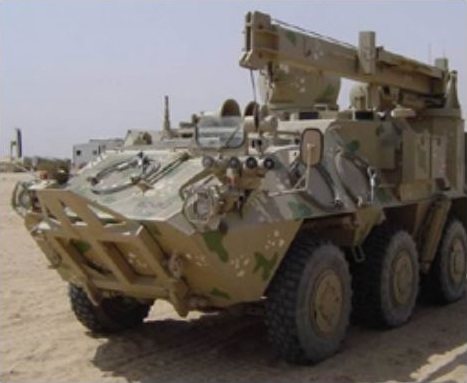 The baseline Pandur chassis also serves as a repair and recovery version. It is very similar to the APC version, except that instead of infantry it carries spare parts and is fitted with a crane. It was acquired by Kuwait and Belgium. The Belgian maintenance version lacks the crane.

The 12.7mm M2HB heavy machine gun is the most common type of armament found on the Pandur. The 7.62mm FN MAG is used as armament on vehicle operating behind the front line, such as the command post or mortar carrier. The MAG is also used as coaxial armament on the IFV and ARFSV variants. 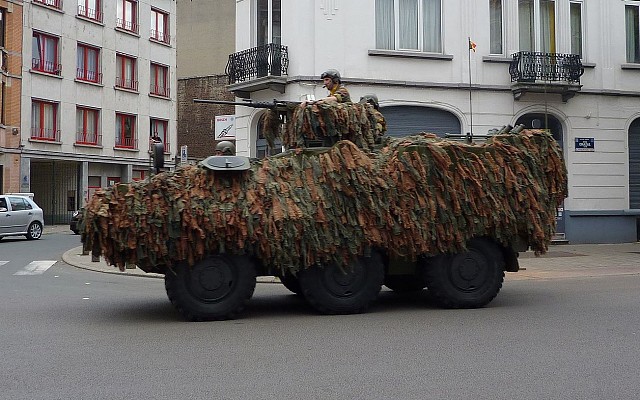 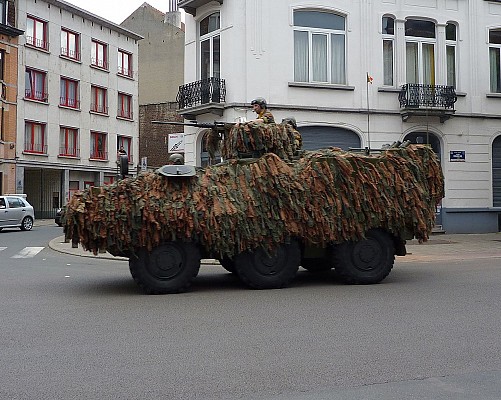 Belgian army Pandur in armored personnel carrier configuration. Fitted with camouflage and armed with 12.7mm M2HB in small one man turret. Seen in the streets of Brussels in 2009 en route to public event. 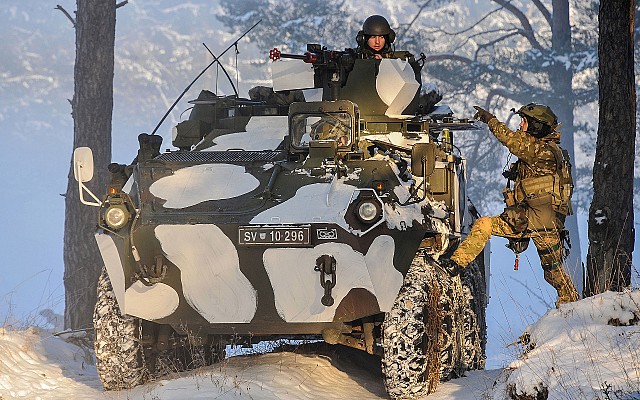 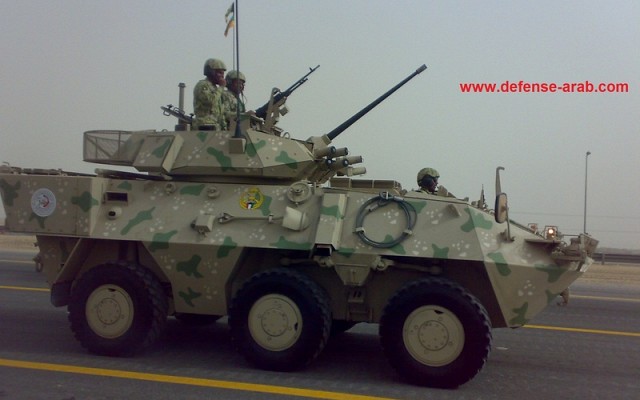 Right side view of Kuwaiti Pandur I in infantry fighting vehicle configuration with 25mm autocannon in two man turret. 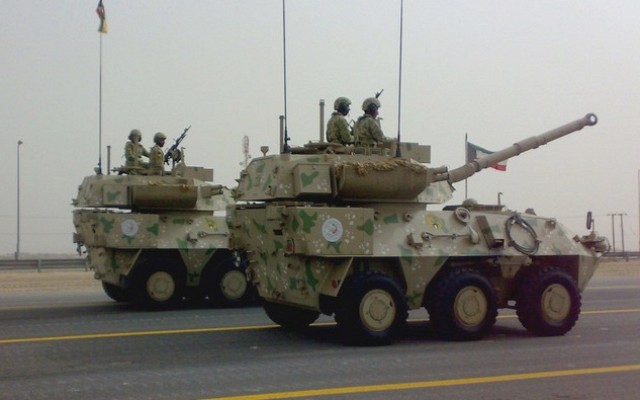 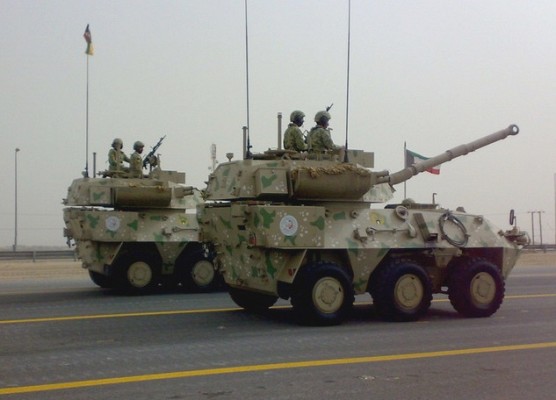