The Hecate II is an anti-materiel rifle of French origin. The design is based on the Ultima Ratio series of sniper rifles. It was developed by PGM Précision in the early 1990's at the request of the French military.

The Hecate II has the same layout as the Ultima Ratio series of sniper rifle, but the design has been heavily modified to make it suitable for the 12.7x99mm caliber. The Hecate II is a bolt action rifle with a free floating barrel and removable wooden stock. The heavy barrel with smooth surface is fitted with a massive muzzle brake. A bipod is fitted as standard. It is possible to mount a silencer instead of the muzzle brake.

The Hecate II fires the 12.7x99mm round from a 7 round detachable box magazine. Due to its heavy barrel the Hecate II is capable of good accuracy with proper ammunition. The maximum effective range is 1.800 meters. In French service the Hecate II is often employed with high explosive incendiary or armor piercing incendiary ammunition. It is possible to mount a suppressor to reduce firing signature.

The Hecate II is the standard anti-materiel rifle in French service and has been adopted by several foreign users, including Switzerland. 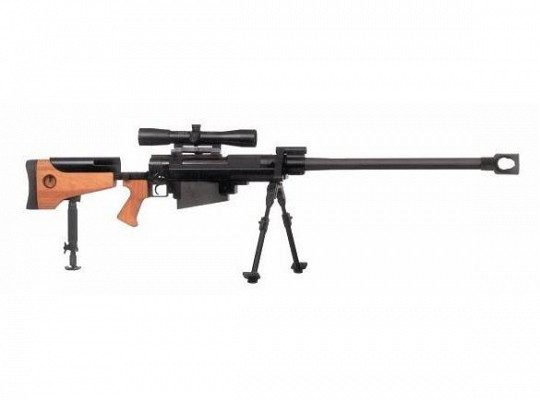 The Hecate II is a bolt action anti-material rifle chambered for 12.7x99mm rounds. There are no variants of the Hecate II although over time the production models slightly changed. Early models had a M60 bipod, which later changed to a fully adjustable bipod. The latest models feature a longer top accessory rail and two smaller rails at the sides. The SCROME J10 scope is the standard optic associated with the Hecate II.

The Hecate II can be fitted with a silencer instead of the muzzle brake. The suppressor is produced by Ops Inc and is massive in size and weighs about 2.5 kg. The silencer reduces, or even eliminates, the flash signature upon firing. The sound is reduced as well, but not to the same extent as suprressed weapons of smaller caliber. 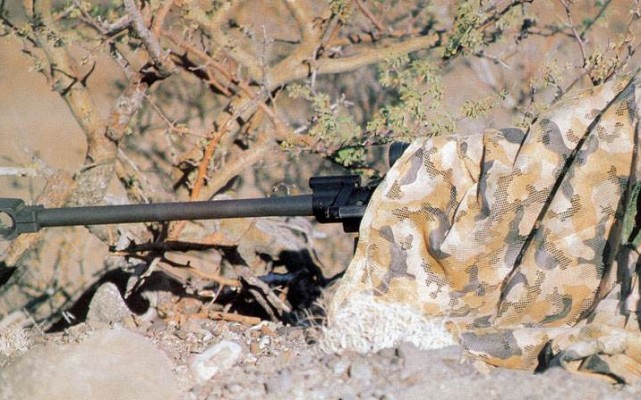 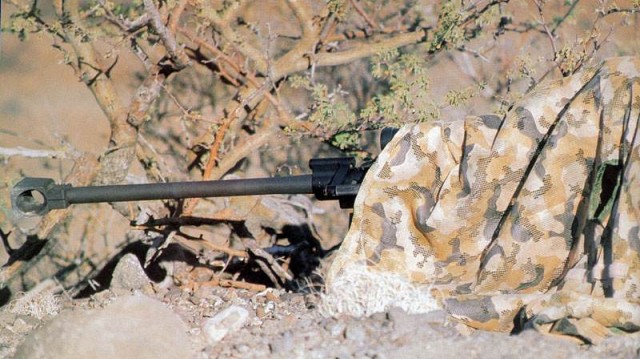 Hecate II in use with sniper under camouflage netting. 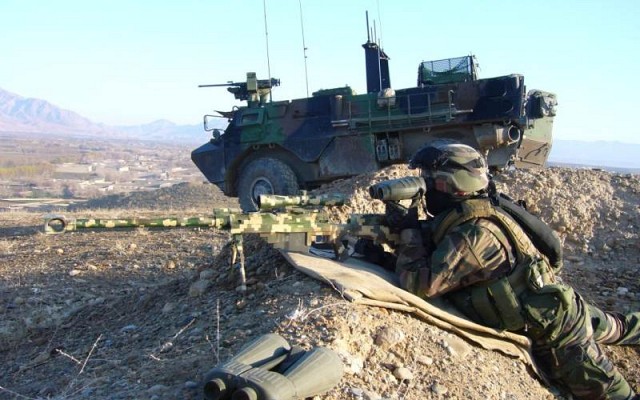 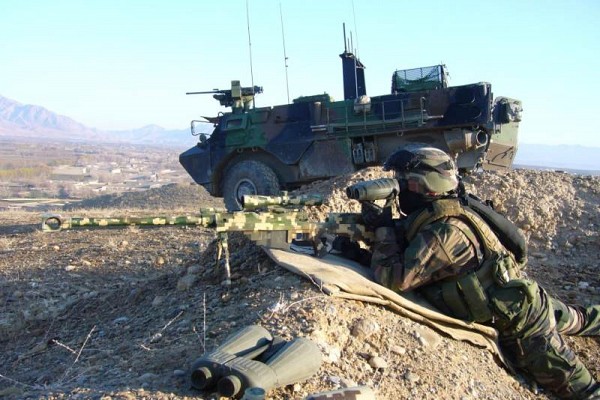 A Hecate II in use in Afghanistan painted with digital camouflage.