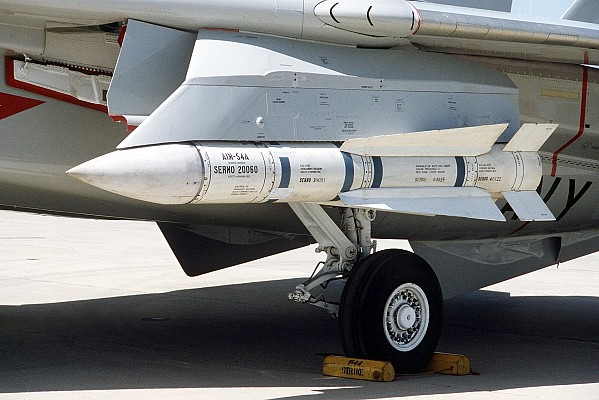 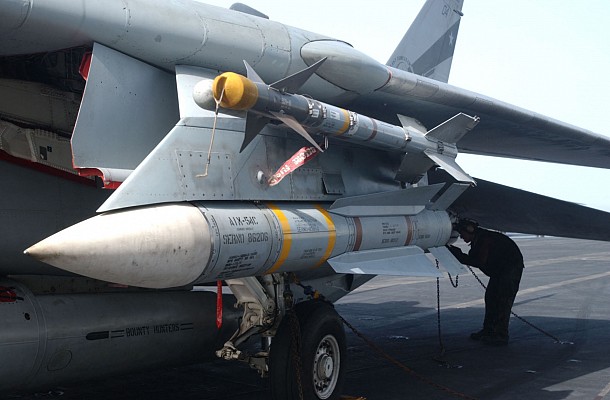 AIM-54C Phoenix mounted on a F-14 Tomcat on the flight deck of the USS Constellation in 2003.

Variants of the AIM-54 Phoenix

The use of digital electronics in the AIM-54C allows it to engage some of the larger high altitude and sea skimming Soviet anti-ship missiles. These were perceived as a major threat against US carrier battle groups during the Cold War.