The 9P148 is a tank destroyer of Soviet origin. It is the latest tank destroyer version of the BRDM-2. Compared to the earlier models it is more combat effective. Accuracy and range are increased and the warhead is effective against contemporary tanks.

The 9P148 is based on the BRDM-2 4x4 reconnaissance vehicle. It is fitted with an overhead five round launcher for the 9K113 Konkurs (AT-5 Spandrel) and 9K111 Fagot (AT-4 Spigot) anti-tank missiles. Unlike the older tank destroyer versions the launcher cannot be retracted into the vehicle. The driver is seated on the left. The commander sits on the right and doubles as the gunner. The commander uses the sight unit above his head to guide the missiles onto target.

The 9P148 is armed with a five round launcher for 9M113 Konkurs missiles. Alternativeliy the 9M111 Fagot can be used. Both missiles are SACLOS guided, meaning that the missile follows the crosshair of the gunner's sight. The Konkurs missile has a maximum range of 4 km. Time of flight to maximum range is about 20 seconds. The launcher holds 5 missiles, but only a single target can be engaged at a time. A maximum of 16 9M113 missiles are carried or a mix of 10 9M113 and 10 9M111.

The steel hull protects the crew from small arms fire and shell splinters. The BRDM-2 is vulnerable for all heavier weapons including heavy machine gun fire and road side bombs. The wheels are particularly vulnerable to puncture. An NBC protection system is fitted as standard.

The 4x4 wheeled chassis provides a 100 km/h road speed and good all terrain mobility. The BRDM-2's four chain driven belly wheels are retained and can be lowered to increase off road performance. A 140 hp gasoline engine provides propulsion. The 9P148 is fully amphibious and may achieve speeds of 10 km/h in the water.

The 9P148 was widely used by Soviet and Warsaw Pact nations. It was also exported to several nations with good ties to the USSR. The 9P148 is one of the few BRDM-2 variants that is still relevant today. 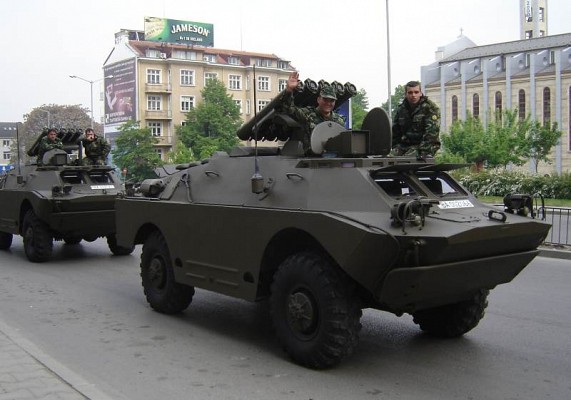 The 9P148 was produced only in a single variant. Late production vehicles differ in some subsystems, such as radio.

The 9P148 is easily identified by the missile launcher which has 5 missiles ready to fire. Furthermore there is a large sight mounted on the roof above the commander's seat, which is at the front right of the vehicle.

The 9P148 is based on the 4x4 chassis of the BRDM-2 reconnaissance vehicle.

While the 9P148 was widely use in Soviet motorized units, the more capable 9P149 Shturm-S was used by mechanized units. 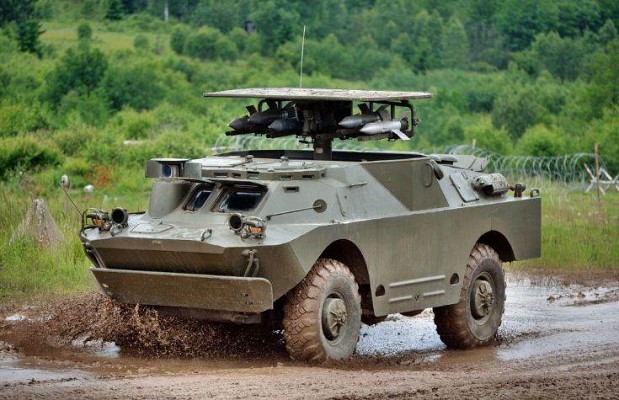 The 9P148 replaced the 9P133 on the production line. This older tank destroyer featured a retractable launcher for the SACLOS variant of the 9K14 Malyutka anti-tank guided missile.