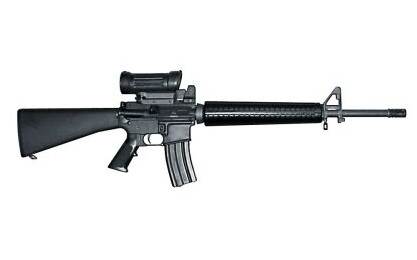 The C7 assault rifle in its most common configuration: the C7A1 with Elcan scope.
Source: www.eme421.com - © copyright lies with original owner

The C7 is a late Cold War era assault rifle of Canadian origin. The C7 is a variant of the M16 assault rifle with features from both the M16A1 and M16A2. Nearly all C7 rifles are fitted with optics, which was rather unique at the time of introduction. The C7 was developed into several variants and was continuously upgraded over time.

The C7 can be considered an M16A2 with M16A1 rear sights and the ability for fully automatic fire. It uses the same direct impingement gas system and rotating bolt as used in the M16. Most C7 are of the flat top model and are fitted with the Elcan 3.4x scope.

The C7 fires the 5.56x45mm NATO round from 30 round magazines. It is a select fire rifle with a cyclic rate of fire of about 700 to 900 rpm. The practical effective range for the C7 is about 400 meters. As with the M16A2 the accuracy is very good although the weapon needs consistent cleaning in order to maintain reliability. It is possible to mount the M203 or AG-C under barrel grenade launcher.

The C7 became the standard issue assault rifle in Canada, Denmark and the Netherlands. It was adopted by many nations in smaller quantities to for special forces use. In Canada and the Netherlands the exsisting C7's in service were modified to extend their capabilities and service life. 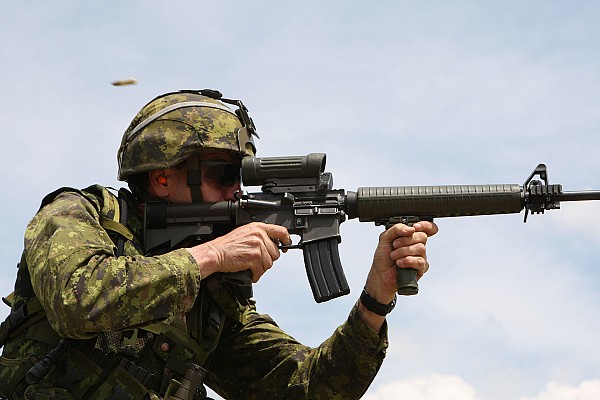 Variants of the C7 assault rifle 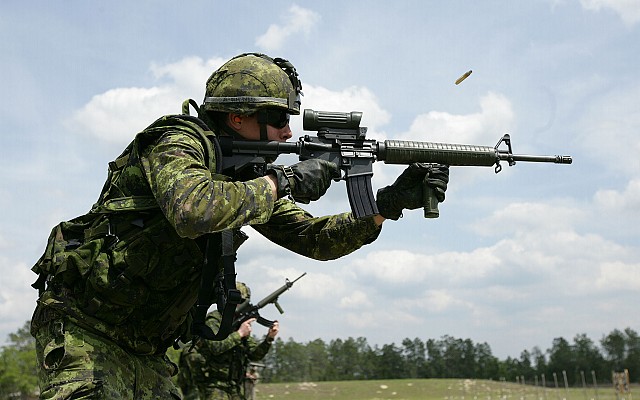 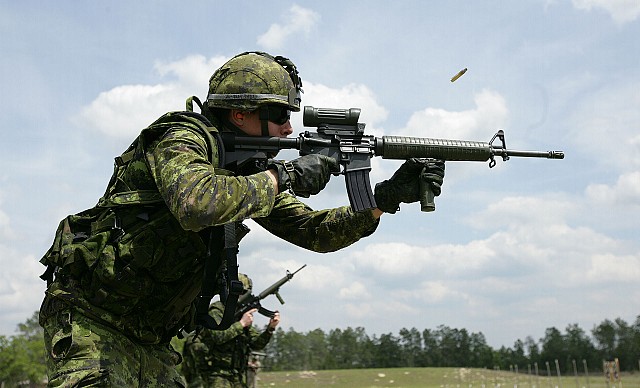 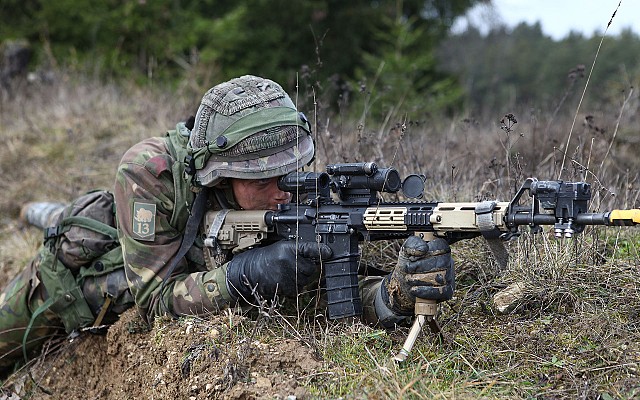 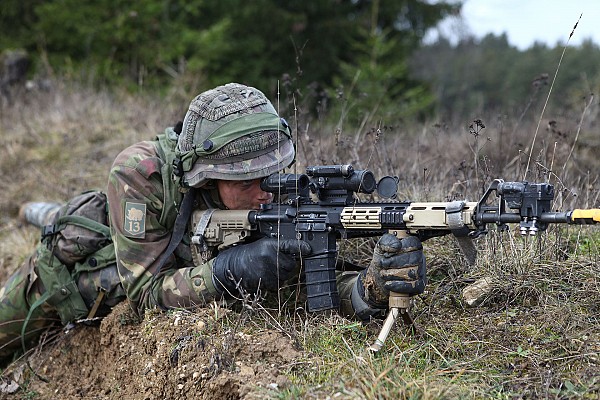 Dutch soldier with C7NLD rifle taking aim during an exercise in 2015. Note the blank firing adapter and laser training system. 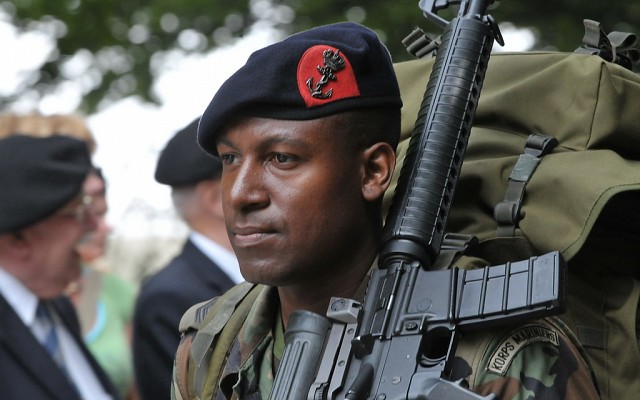 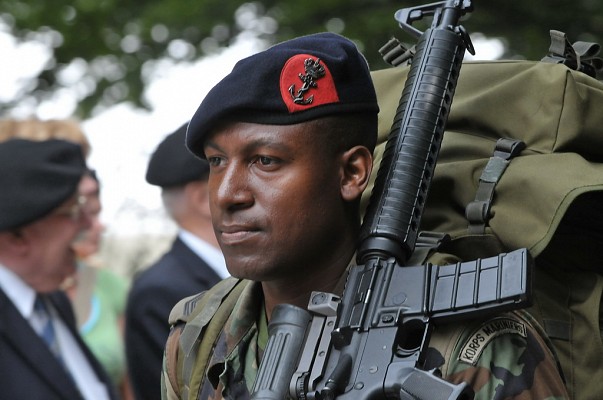 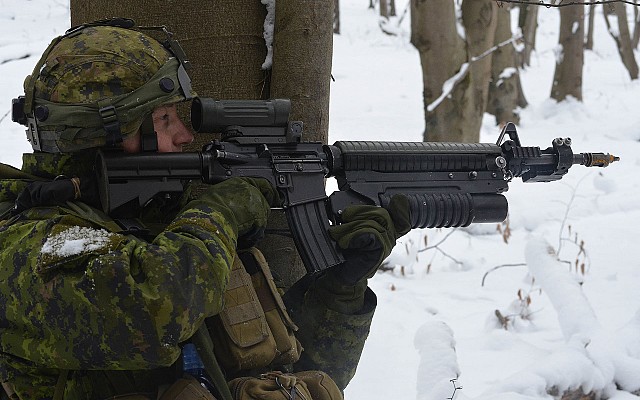 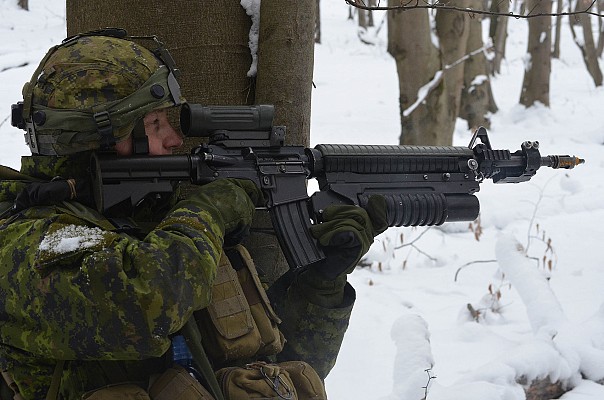 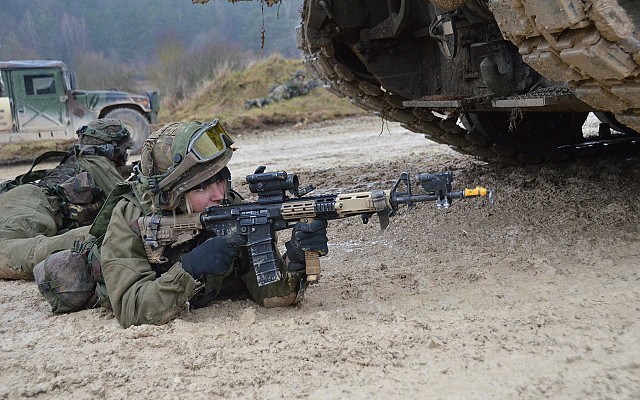 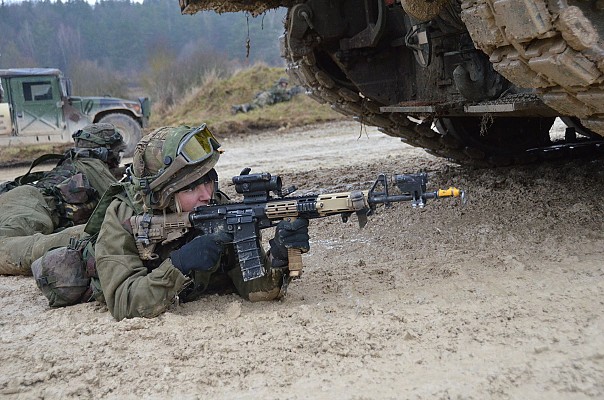 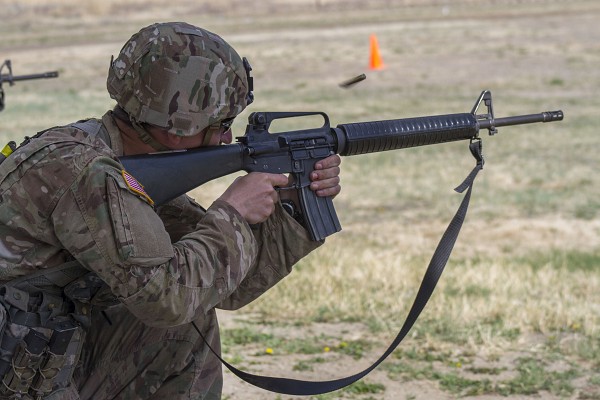 The C7 is a Canadian variant of the US M16A2 assault rifle. It uses the same new 5.56mm NATO round and heavier barrel, but also retains features from the previous M16A1. 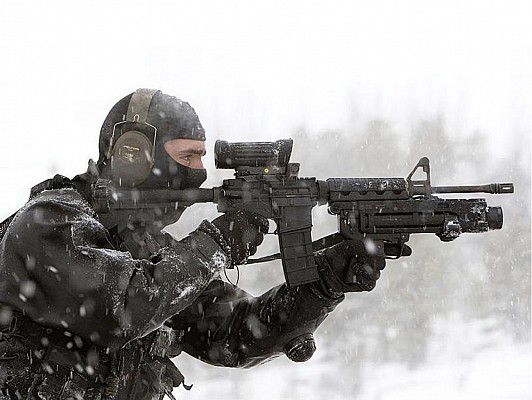 The C8 is de carbine variant of the C7 rifle. The C8 was developed in various models that differ in barrel length and the ability to mount accessories.. 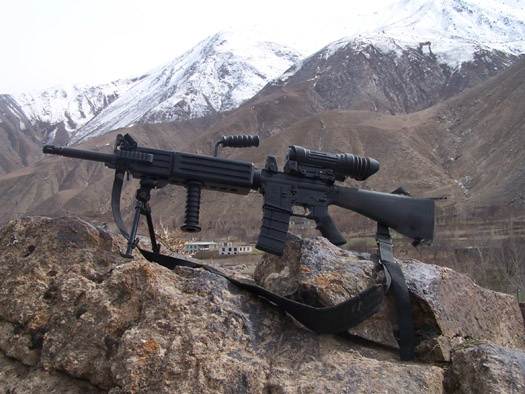 The C7 LSW is a light machine gun based on the C7 design. It is heavily modified to provide sustained fire.