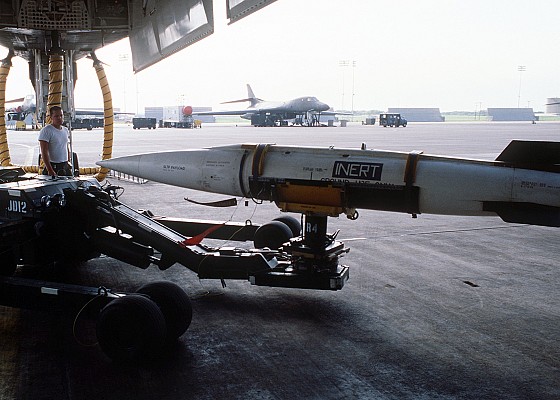 The AGM-69 SRAM is a nuclear air to ground missile of US origin. It was developed to replace the earlier AGM-28 Hound Dog cruise missile. SRAM stands for "Short Range Attack Munition". After the SRAM was fielded an upgrade program and SRAM II follow on program were launched, but both were cancelled.

The SRAM is a missile of conventional design. It features a sleek design and has three fins at the rear. The warhead and guidance section are at the front and the solid fuel rocket engine at the rear.

The SRAM features inertial navigation. A radar altimeter allows for a terrain following flight path next to a semi-ballistic one. The rocket motor allows for one major course change during its flight. This makes the SRAM capable of striking targets behind the launch aircraft.

The SRAM has a maximum range of 160 km and a circular error probability of 430 meters. It carries a W-69 nuclear warhead with a variable yield of 17 to 210 kT. Versions with a conventional warhead were not created due to the large CEP radius.

The SRAM can be launched from three platforms: the B-52 Flying Fortres, the F-111 Aardvark and B-1 Lancer. On the B-52 up to 6 SRAM may be fitted on a pylon under each wing. Internally an 8 round rotary launcher could be carried, resulting in a maximum of 20 SRAM on a single B-52. The FB-111A could carry 2 SRAM internally and 2 under each wing. Finally the B-1B was able to carry up to three 8 round rotary launchers.

The SRAM was only used by the United States Air Force and was never exported. It entered service in 1972 and remained in the inventory until 1990. By 1993 all missiles were scrapped. 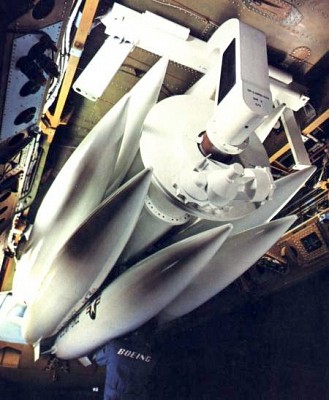 The SRAM is a land attack missile with nuclear warhead. The original and only version of the SRAM to be fielded is the AGM-69A. An improved AGM-69B with upgraded motor and W80 warhead was cancelled, as was the later AGM-131 SRAM II project.