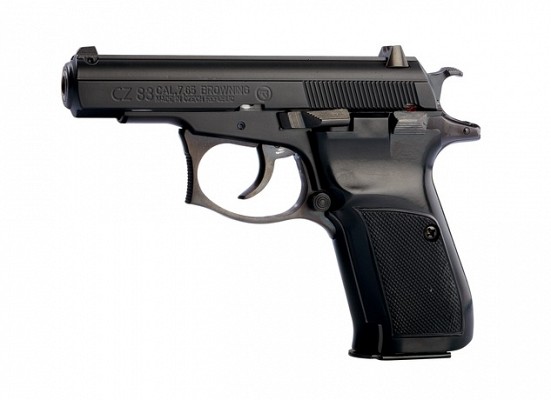 The CZ 82 is a compact pistol of Czechoslovak origin. It was developed in the early 1980's for the new 9x18mm Makarov round that was standardized among Warsaw Pact nations. Instead of adopting the Makarov PM Czechoslovakia decided on developing their own pistol, which is considered a better weapon overall. The CZ 83 was developed for civilian and export sales and differs only in minor details.

The CZ 82 is a simple blowback double action pistol with a fixed barrel. As such it is simpler, smaller and cheaper than the CZ 75 pistol. Several design features have been inspired by the German Walther PP. Unlike the Makarov PM it features a double stack magazine, has ambidextrous controls and plastic grip plates. The CZ 83 is very similar but has a differently shaped trigger guard and is available in three calibers. To lower production costs only the latter model was retained.

The CZ 82 is a semi-automatic weapon that is chambered for the 9x18mm Makarov round. The double stack magazine holds 12 rounds, 50% more than the Makarov PM. The CZ 83 is also available in .380 ACP and 7.65x17mm. In the latter caliber it has a magazine capacity of 15 rounds. Accuracy and reliability are reported to be good. The maximum effective range is about 25 meters.

The CZ 82 was the standard sidearm of Czechoslovakia, replacing the older Tokarev pistol. As such it is in use with the Czech Republic and Slovakia. It has been exported to several nations and is also in law enforcement use. The CZ 82 and 83 are not as common as the CZ 75 and other CZ pistols. 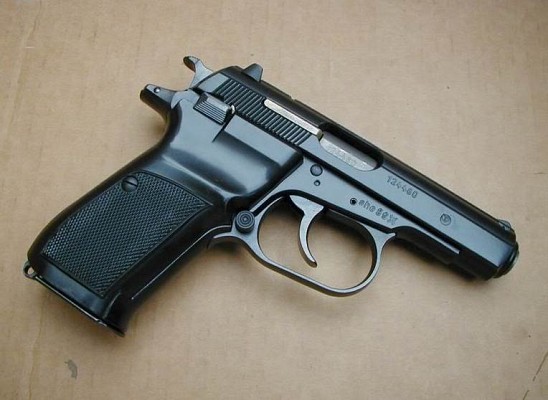 Variants of the CZ 82 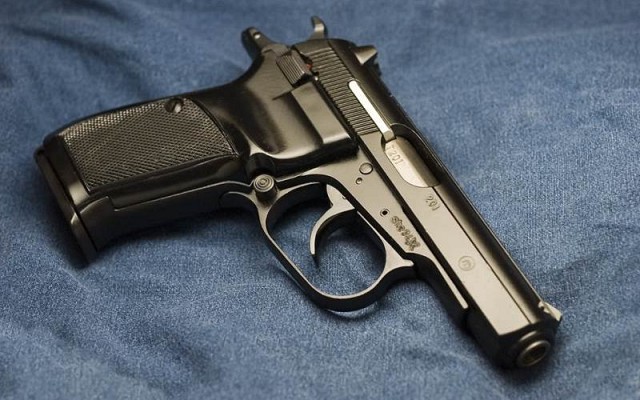 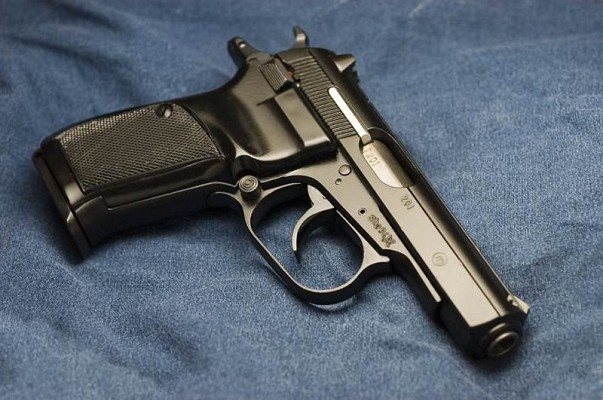 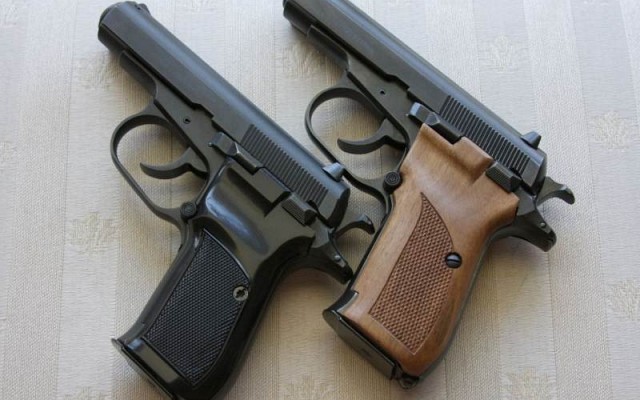 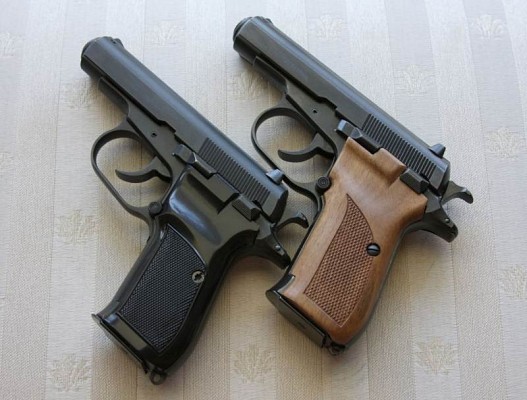 Two CZ 82 side by side with different style grip plates. 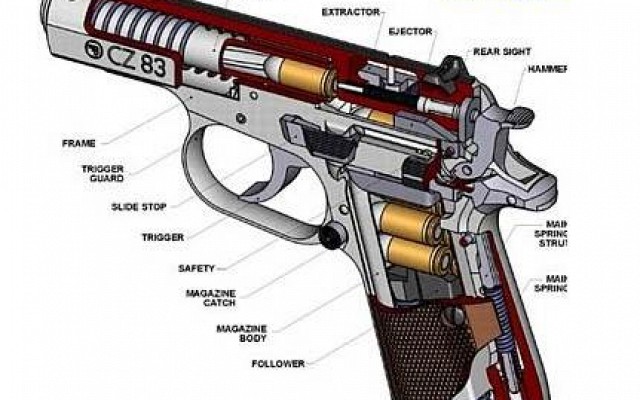 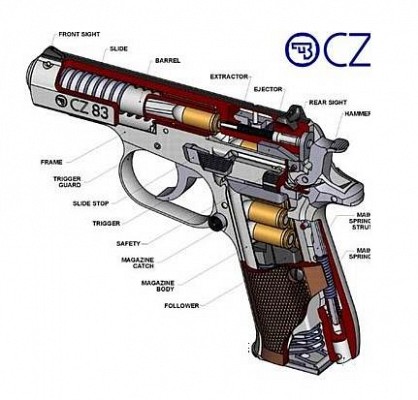 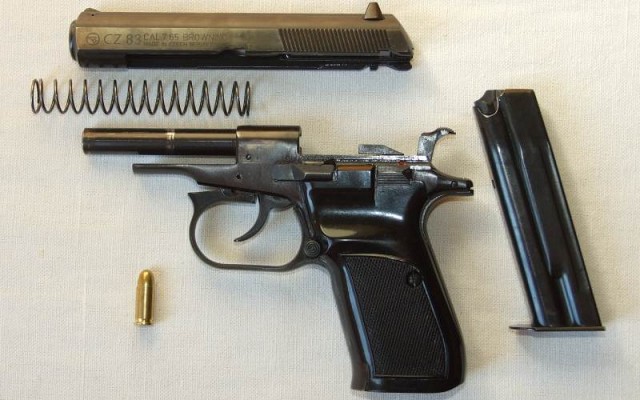 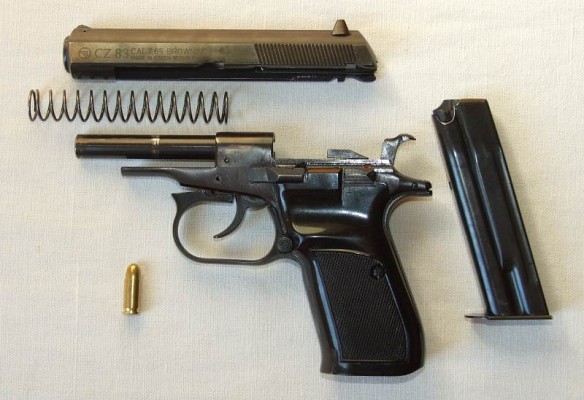 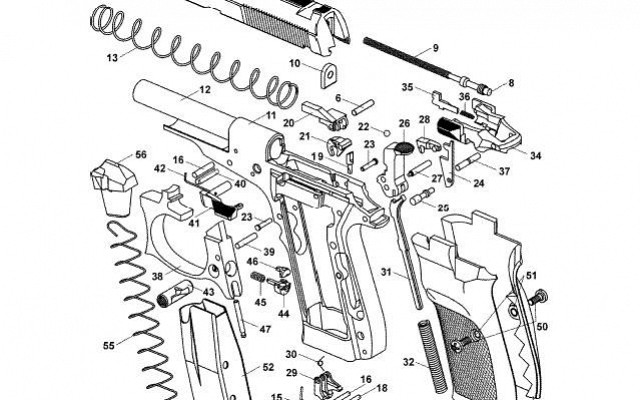 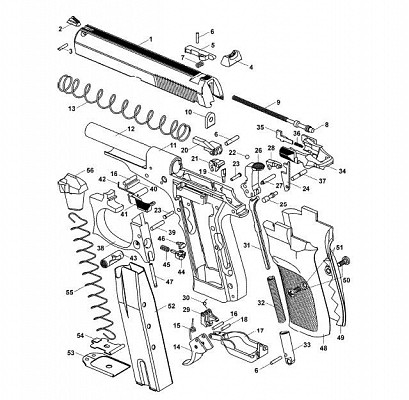 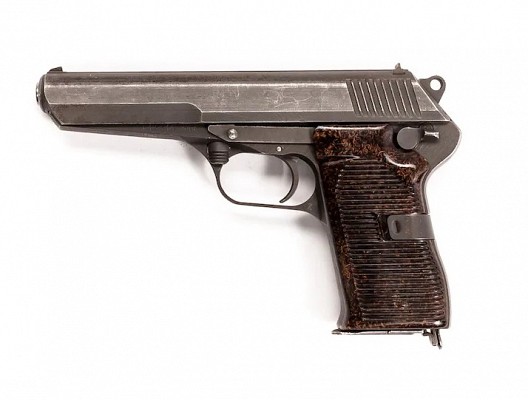 The CZ 82 was developed to replace the 3 decades old CZ 52 pistol.

The CZ 52 had a poor reputation and the CZ 82 is a significant upgrade in reliability, ergonomics and magazine capacity.

The CZ 82 was developed as a domestic alternative to the Soviet Makarov PM.

The CZ 82 is a superior design with its larger magazine, while remaining a compact design.