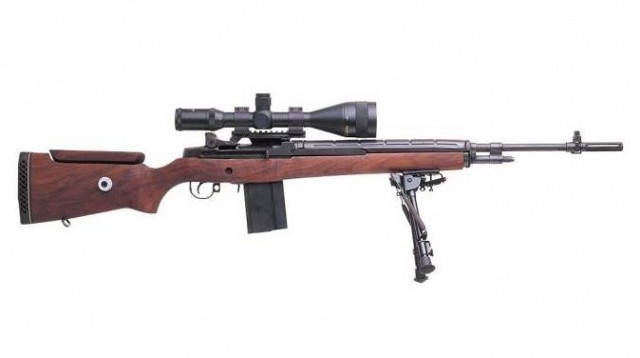 The M21 is a sniper rifle that was based on the M14. It is a converted National Match rifle that has been fitted with a 3-9x scope and fires match grade ammunition. It was the US Army standard sniper rifle until the introduction of the M24 SWS.

The M25 is a modernized M14 that was developed for Special Forces use alongside the M24 SWS. In practice it is very similar to the M21 and has been called the Product Improved M21. The M25 is fitted with a fiberglass stock, National Match action and newer optics.

The M21 and M25 are derived from the M14 battle rifle and use the same action.