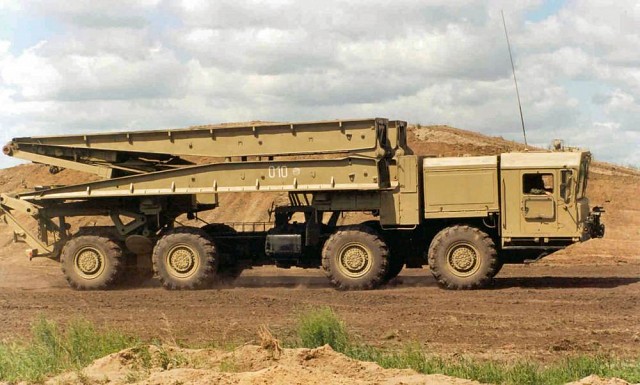 The TMM-6 is a vehicle launched bridge system of Russian origin. It was developed in the 1990's to replace older bridge launching systems with a more capable bridge system. The name TMM-6 stands for "Tyazhelo Mekhniznrovanny Most 6", which is Russian for "heavy mechanized bridge 6". It is also known as the "Gusenitsa-2" with the Gusenitsa-1 being the MTU-90 bridgelayer based on the T-90 chassis.

The TMM-6 functions in a similar way as the older TMM system but is a much larger and heavier system. A MZKT-7930 8x8 truck chassis is used as the launch vehicle. A 17 m folded scissor bridge is carried at the rear of a vehicle. The bridge is launched rearwards using a hydraulic arm and rests on the river floor by means of two variable length struts. Normally six TMM-6 would form a unit and together are able to create a 102 meter bridge. The TMM-6 is an unarmed vehicle and has no armor but does feature an NBC system.

A single bridge section has a length of 17 meters and an infinite number can be connected and a single MTU-90 section can be fitted on one end. Six vehicles would make up a single unit and result in a 102 meter bridge. The bridge sections can be laid in gaps and water between 2 and 5 meters deep. Creating a 102 meter bridge requires 50 minutes. The bridge has a 60 t weight capacity and may carry up to 400 vehicles per hour that may move at speeds up to 30 km/h.

The TMM-6 is used in small numbers with the Russian army and is available for export. 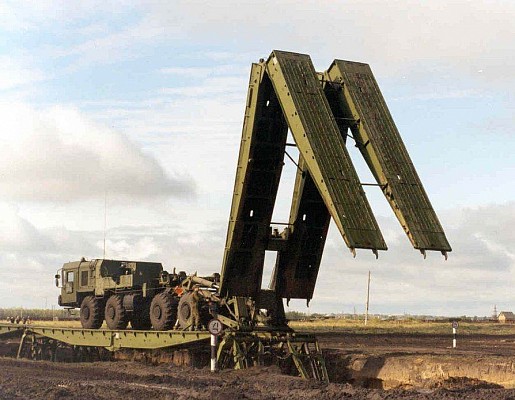 A TMM-6 launching is scissor bridge while positioned on a previous section.
Source: www.taringa.net - © copyright lies with original owner

The TMM-6 vehicle launched bridge system consists of a single type of vehicle of which multiple may work together to create a longer bridge. The TMM-6 is based on a MZKT-7930 8x8 truck chassis and carries a 17 m folded scissor bridge is carried at the rear of a vehicle. The MTU-90 bridge layer based on the T-90 tank chassis uses a similar type three part bridge.

Notable variants:
TMM-5: Early model based on MAZ-543 series chassis. Apparently only produced as prototypes.
TMM-6: Production variant based on the MZKT-7930 chassis. 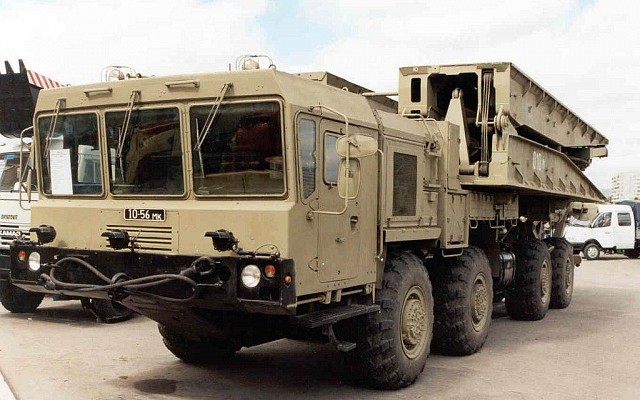 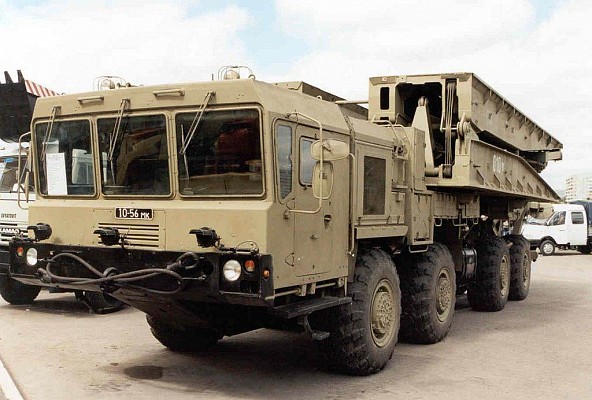 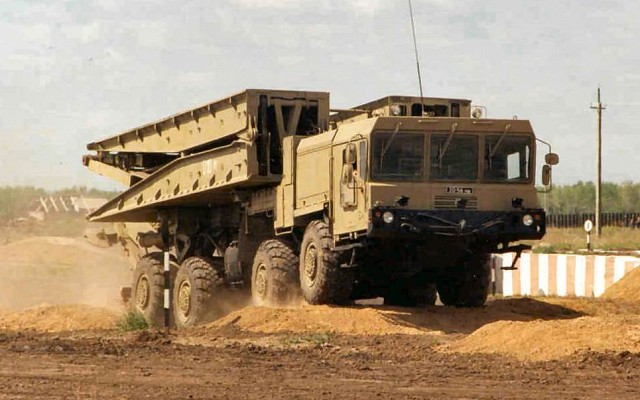 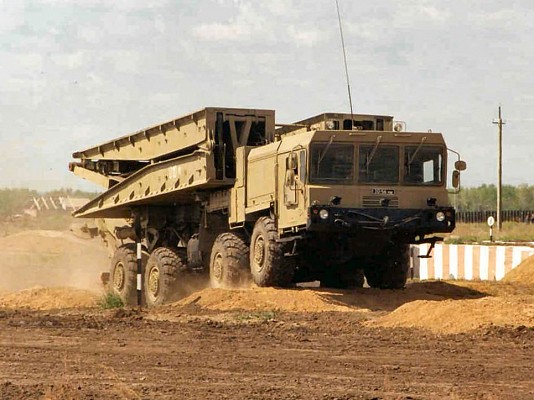 TMM-6 showing its off road capabilities. 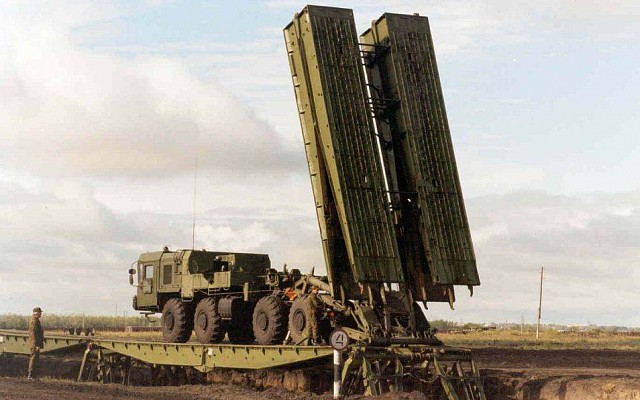 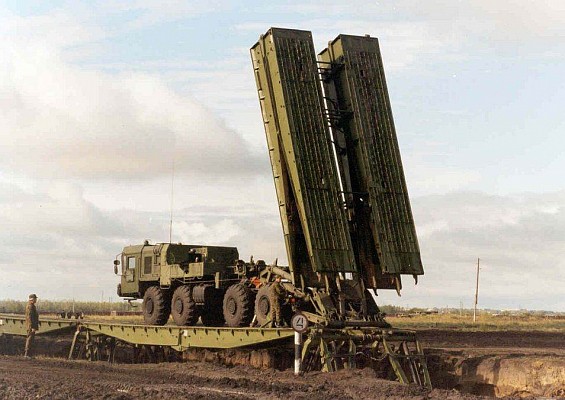 TMM-6 in early stage of laying an additional bridge section. TMM-6 in final stage of laying an additional bridge section. 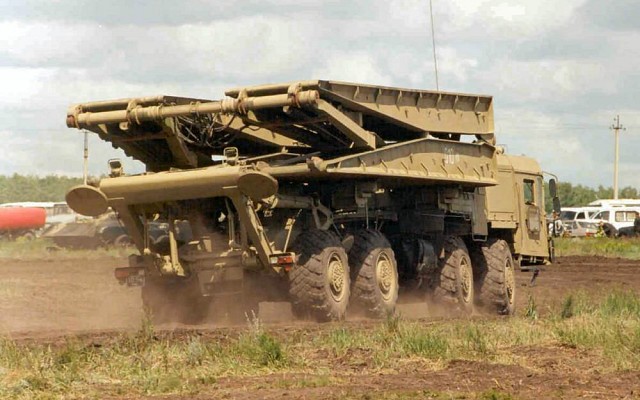 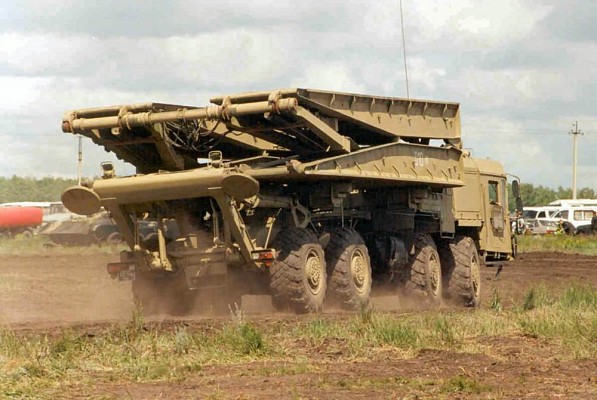