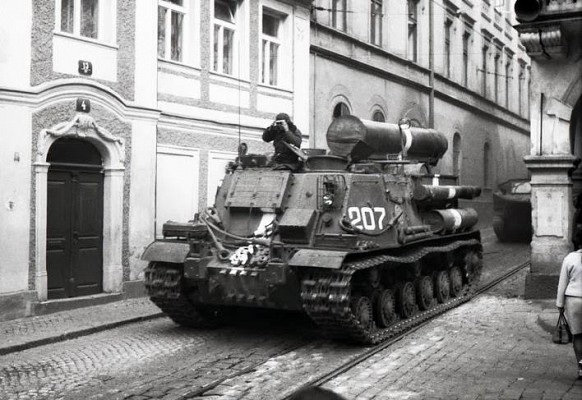 All BTT-1 were conversions of existing ISU-122 assault guns. Some ISU-122S and ISU-152 may have been converted as well. The gun is removed and the front hull is closed by a large steel plate. A winch is fitted in the superstructure facing rearwards. A flatbed area on the engine deck is used to carry various kinds of engineering equipment. Some vehicles were fitted with a large a-frame crane that folds forwards.

The ISU-T was the earliest model and is nothing more than a heavy tractor. The BTT-1 features a heavy winch. An earth anchor at the rear is lowered before the winch is used. A small 3 t crane Subsequent improvements are a generator and some vehicle were fitted with a large A-frame.

The BTT-1 features a new 520 hp V-52K diesel engine instead of the original engine of the ISU-122. The tracked chassis provides good cross country mobility. Its maximum speed is rather limited at 40 km/h on roads.

The BTT-1 and its variants were mainly used by the USSR. A number were exported alongside the ISU-152 to Egypt and were used in the 1967 and 1973 conflicts with Israel. Small numbers were used by Poland and Czechoslovakia. It is believed that some BTT-1 saw active service up to the 1980's. Nowadays none remain in service.

Variants of the BTT-1

ISU-T
Simple conversion of ISU-122 assault gun to a heavy tractor. These conversions were carried out in the mid 1950's and are not fitted with the new V-54K engine. They feature no dedicated engineering equipment, as such their role was limited to pulling and pushing vehicles.
BTT-1
More capable conversion to be used in the recovery role. Developed in 1959 and in active use since 1962. Features a heavy winch and is easily distinguished from the ISU-T by its large earth anchor at the rear.
BTT-1T
Similar to BTT-1, but an added generator enables it to power welding torches and other equipment.
BTT-1K
Field modification with a large A-frame crane. The A-frame faces forwards when in use and folds towards the rear when stowed. Two large pulleys fixed to the roof of the superstructure allow the rearwards facing winch to be used as hook for the crane. The 'K' suffix may not be an official designation.