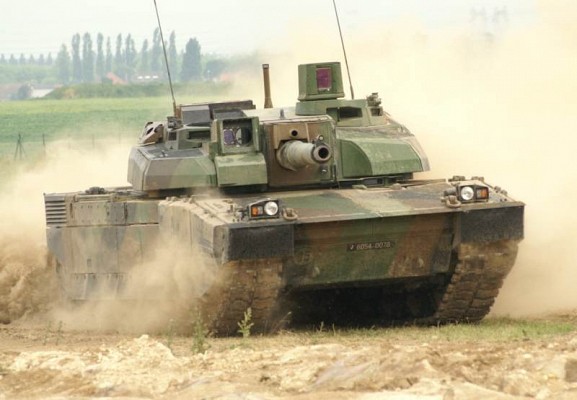 The Leclerc is a main battle tank of French origin. It was developed in the late 1980's to replace the AMX-30 in French service. Compared to the AMX-30 the Leclerc is a quantum leap forward since it is one of the most modern and capable tanks in production.

The Leclerc has a conventional layout with the driver situatied in the hull front, the turret in the middle and the engine and drivetrain at the rear. The commander and gunner are seated in the turret which also contains the automatic loader. The design is highly modular as indicated by its modular armor package and ability to mount a 140mm cannon in the future if needed.

The Leclerc is armed with a 120mm 52-caliber smoothbore CN-120-26 cannon that is connected to an automatic loader. All NATO standard 120mm ammunition can be fired but a range of French ammunition is used, including a APFSDSDU-T round. The automatic loader holds 22 of the 40 rounds carried and allows for a rate of fire of 10 rpm. The cannon is fully stabilized and connected to high quality fire control systems. Unlike most tanks a 12.7mm machine gun is mounted as a coaxial weapon while a 7.62mm AAT-NF1 machine gun is pintle mounted on the turret roof.

The Leclerc features modular steel armor that provides a high level of protection. Estimates indicate that over the frontal arc the Leclerc is less protected than the latest Leopard 2's, but the side protection is better. The modular armor is easily repaired and allows for easy improvements. An NBC system is fitted and the Galix self defense system includes smoke and anti-personnel grenades.

The tracked chassis provides a good mobility both in the field and on roads. The 1.500 hp diesel engine provides a maximum speed of 72 km/h and a range of 450 km on roads.

The main user of the Leclerc is France with over 400 in service. The sole export customer is the United Arab Emirates with 388 tanks that have been modified to meet local demands. Unless new export orders arise additional is not likely since the French army revised its requirement to 240 operational tanks and 100 spares. 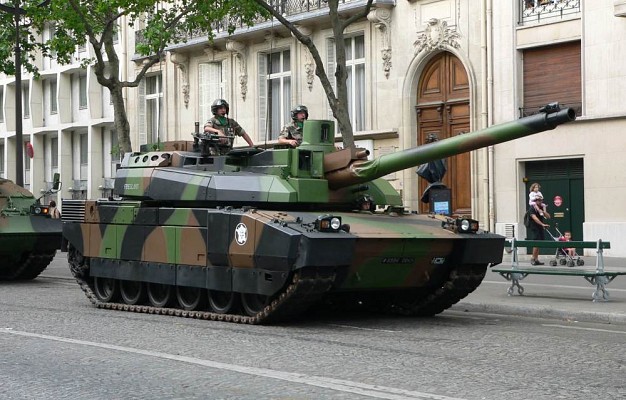 During the production run ten batches were produced that can be divided into three blocks, plus the tropicalized version produced for the United Arab Emirates. 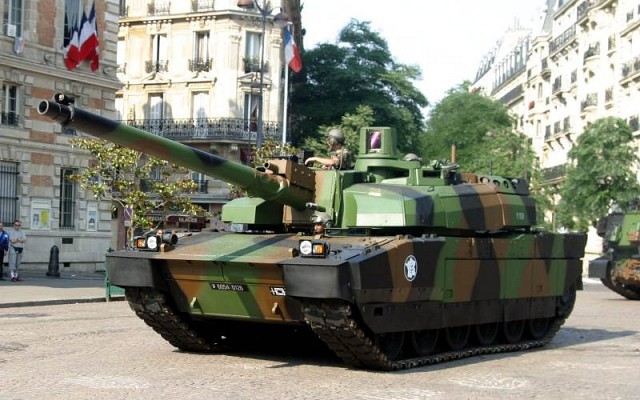 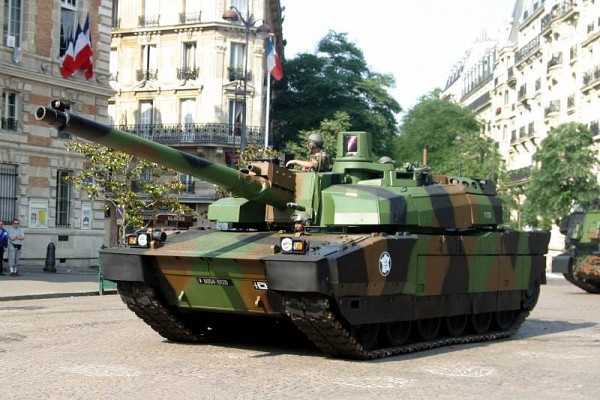 Leclerc main battle tank during a parade in Paris. 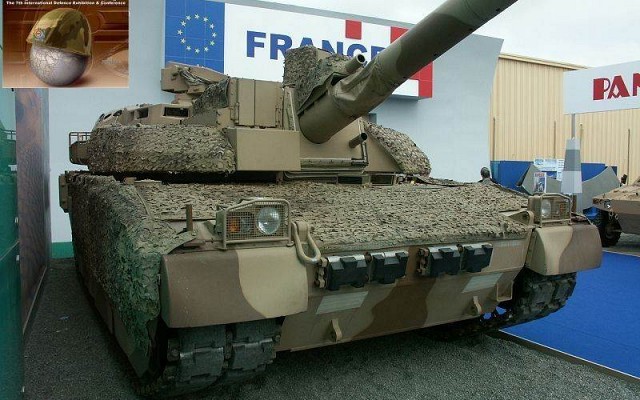 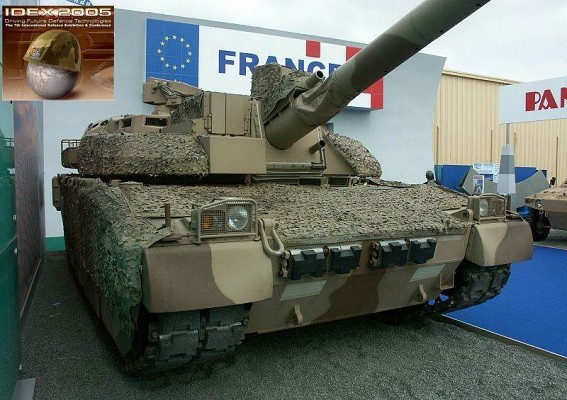 Tropicalized version of the Leclerc in UAE service, note the remote controlled weapon station on top. 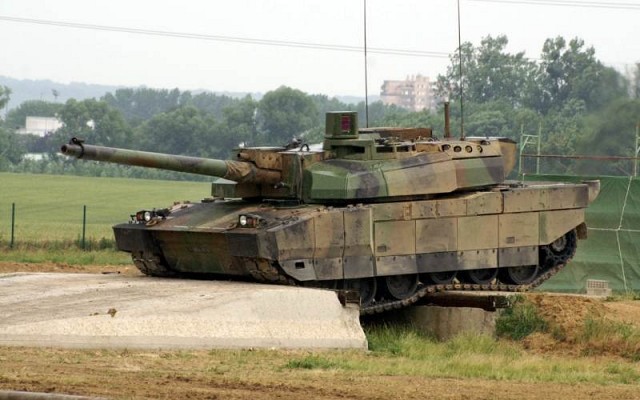 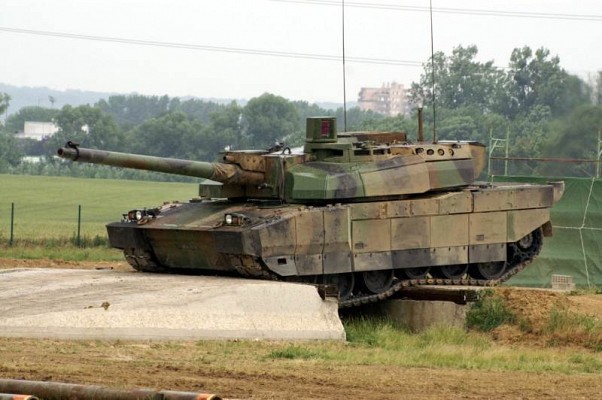 Leclerc showing its ability to cross a trench during a mobility trail. 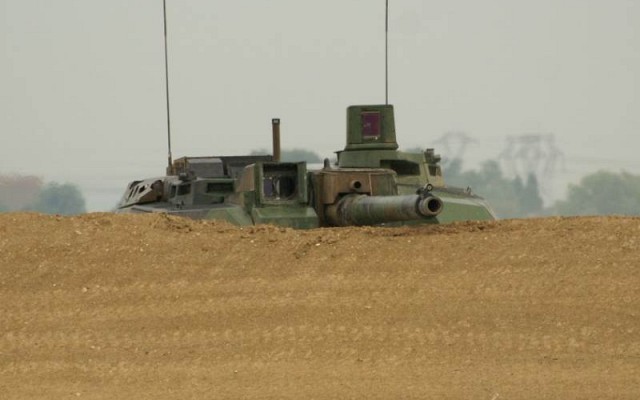 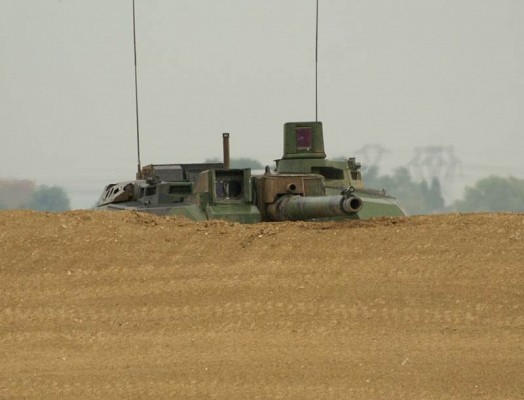 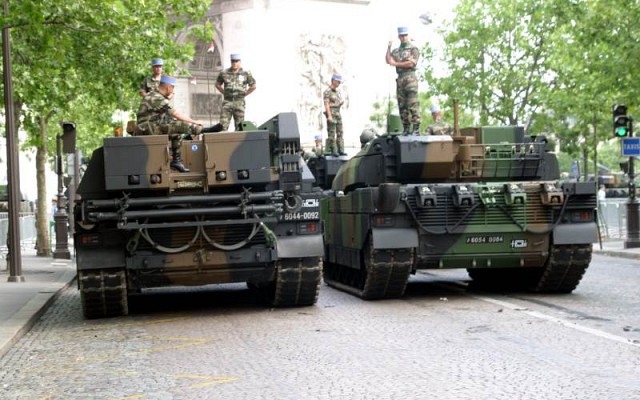 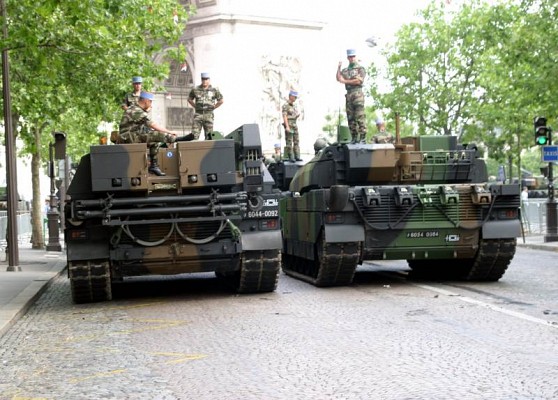 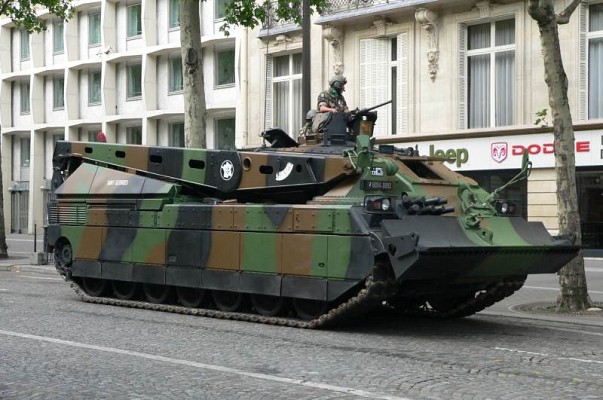 The Leclerc DNG, also known as DCL, is an armored recovery vehicle based on a lengthened Leclerc chassis.

The main armament of the Leclerc is the 120mm CN120-26 smoothbore cannon.

A 12.7mm M2HB heavy machine gun is mounted as a coaxial weapon.

A 7.62mm AAT-NF1 machine gun is mounted on the turret roof.