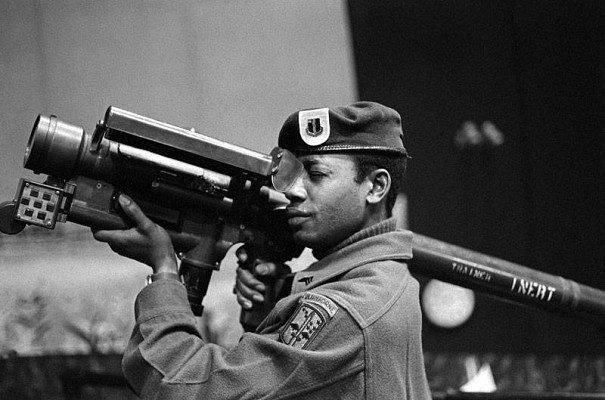 Side view of US soldier with FIM-43C Redeye.
Source: US Army (photographer unknown) - © public domain

The Redeye uses a conventional design. The infrared missile has the seeker and warhead in the nose and the rocket engine and booster at the rear. Four foling wings near the nozzle provide stabilization. The gripstock launcher features a launch tube, sight unit, replaceable battery pack and trigger unit.

The Redeye uses a supersonic missile travelling at Mach 1.7. The maximum range is 4.5 km under optimal conditions. The infrared seeker is easily fooled by flares and only allows receding fighter aircraft to be engaged. The limited size warhead uses an impact fuze. The kill probability is estimated at 0.4 versus a MiG-21 figher jet and An-12 transport plane and 0.5 versus helicopters.

The Redeye is a very mobile system as the missile and its gripstock launcher are man portable, even over longer ranges. The system is operated by a single person.

The Redeye was widely used by US forces until supplemented and replaced by the much more capable Stinger. The Redeye was exported to numerous nations with good ties to the USA. These are mainly located in Europe and South America. In most nations the Redeye has been replaced and its use is very limited nowadays. 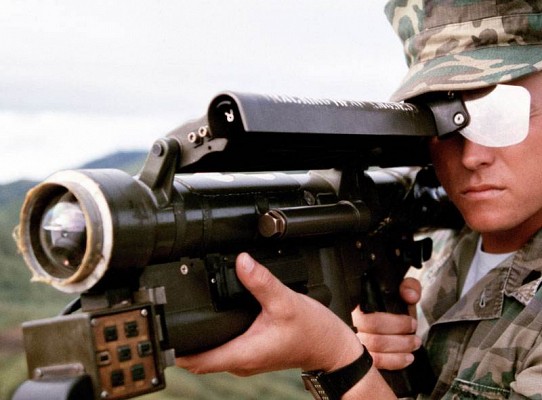 The FIM-43 Redeye system consist of the M171 grip stock launcher and FIM-43C missile. A FIM-43D missile with unknown improvements is also said to exist. The FIM-43A and FIM-43B missiles were only used during development.

The FIM-43 is easily identified by its gripstock launcher. It has a very lean design and the battery is mounted vertically near the pistol grip. 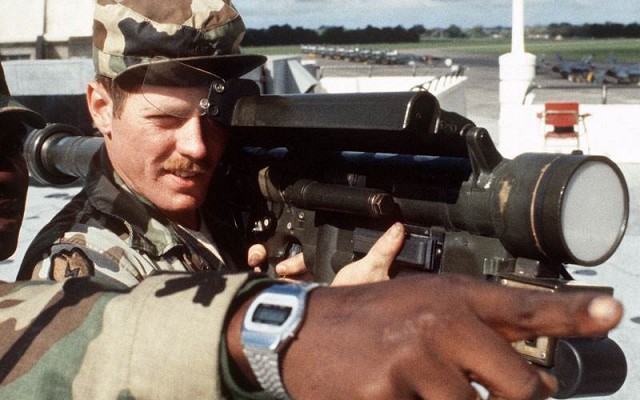 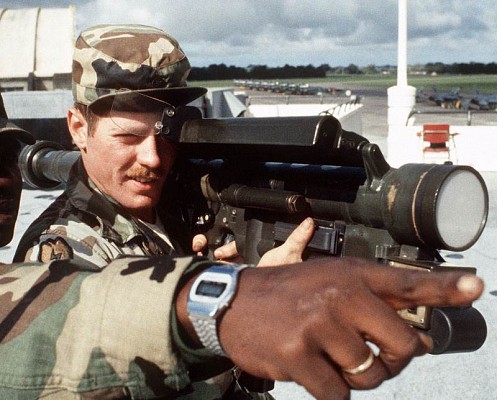 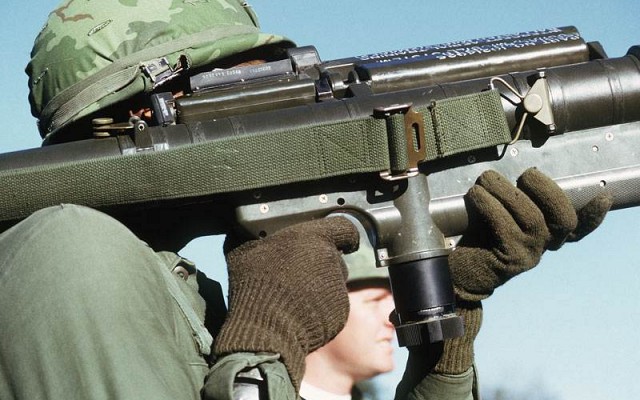 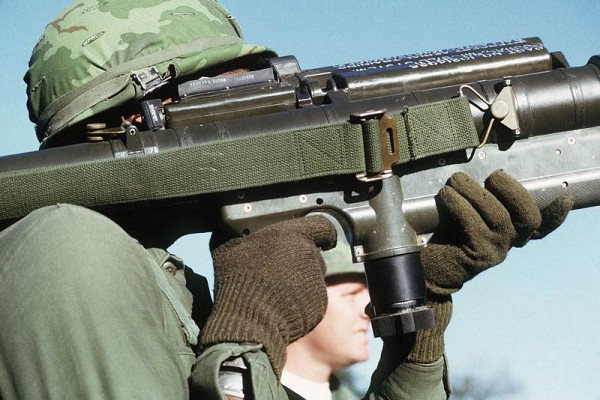 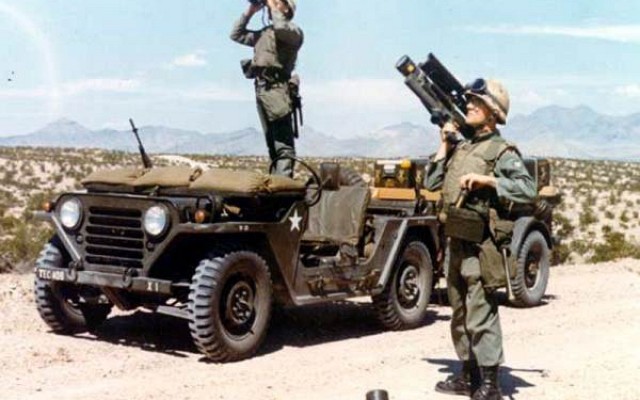 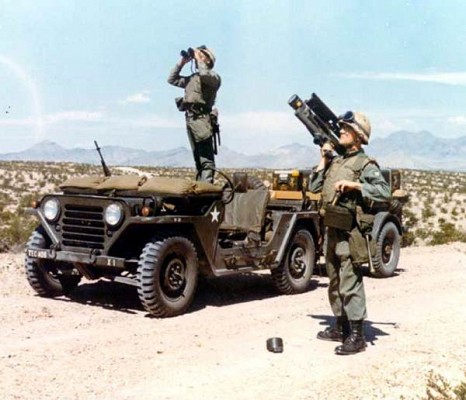 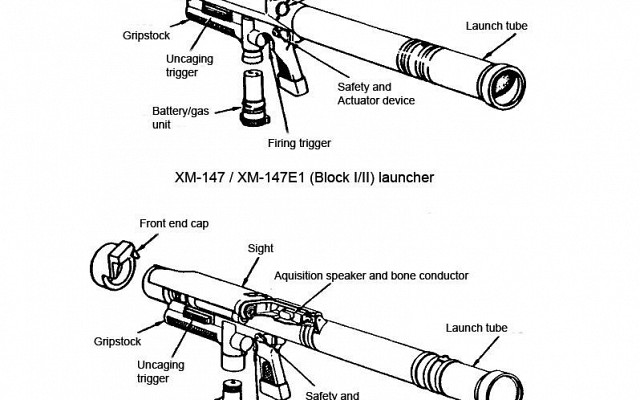 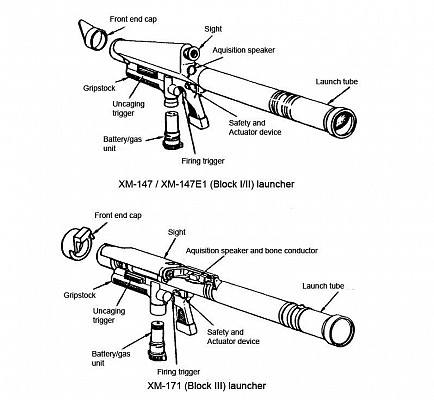 Line diagram of developmental models on top and production model below. 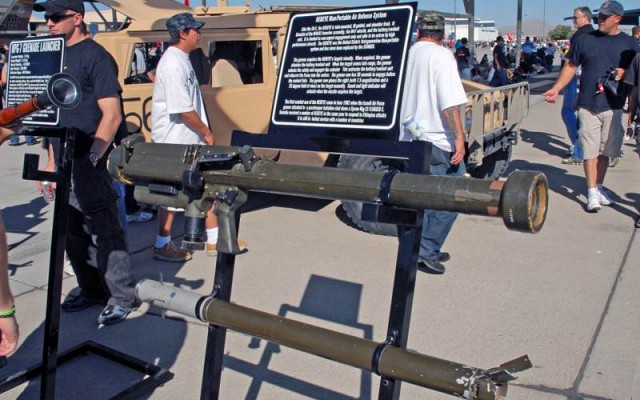 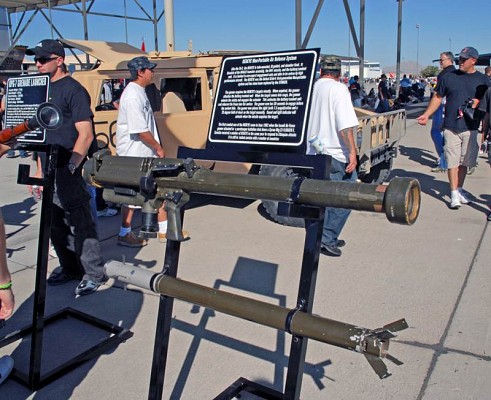 A FIM-43C Redeye launcher and missile displayed at Nellis AFB.

The FIM-43 Redeye was the US counterpart to the Soviet Strela-2M in era and performance. 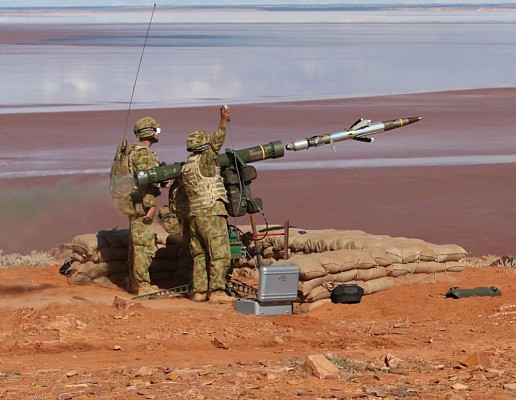