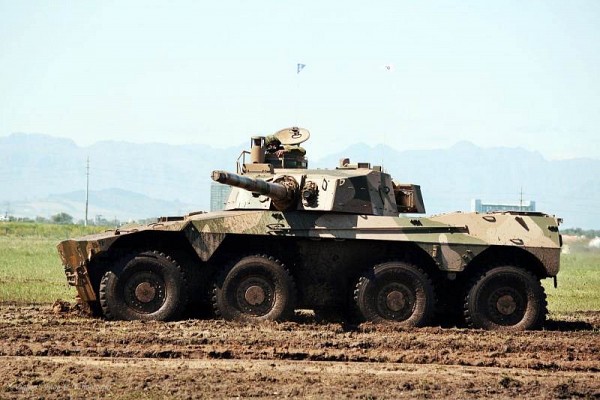 A Rooikat with its turret traversed to the left.
Source: Shinecommerce @ www.kr.blog.yahoo.com - © copyright lies with original owner

The Rooikat is a modern wheeled reconnaissance vehicle of South African origin. It was developed in the late 1980's to replace the AML-90 in South African service. Due to its powerful armament it may double as a tank destroyer. The name "Rooikat" is Afrikaans for "African lynx".

The Rooikat is based on a large 8x8 chassis that was developed specifically for this system. The driver is located in the front, the turret with the other three crewmembers in the middle and the engine at the rear. The 8x8 chassis was chosen for its good mobility in the bush and to remain a low profile. The 76mm cannon is unique to the Rooikat and has been derived from the OTO Melara 76mm naval cannon. Since the 76mm rounds are smaller than 105mm rounds more ammunition can be carried.

The Rooikat is armed with a rifled 76mm 62-caliber GT4 cannon for which total of 48 76mm rounds are carried. Due to its stabilization and good fire control system it is able to fire on the move. The APFSDS-T round has a 2 to 3 km range and will destroy most armored vehicles and older tanks. The HE-T rounds have a direct fire range of 3 km and indirect range of 12 km. The rate of fire is 6 rpm. A 7.62mm MG4 machine gun is fitted as a coaxial weapon and a second one is pintle mounted on the roof. The prototype Rooikat 105 is armed with a 105mm rifled GT7 cannon for which only 32 NATO-compatible rounds are carried.

The steel armor protects the crew from 23mm rounds over the frontal arc and small arms fire and shell splinters all around. Mine protection is good, although it may not be of the same level as many other South African mine protected vehicles. A NBC system is optional. Two banks of four smoke grenade dischargers are fitted and a smoke screen can be laid by injecting diesel in the exhaust.

The 8x8 chassis combined with large tires provides Rooikat has a very good all terrain performance and high road speed. A 563 hp diesel engine provides propulsion and the driver may select either 8x4 or 8x8 drive.

The Rooikat with 76mm gun is only used by South Africa. About 240 have been built of which 80 remain in active service and many others are stored. The Rooikat has not been exported, although the Rooikat 105 is actively marketed. 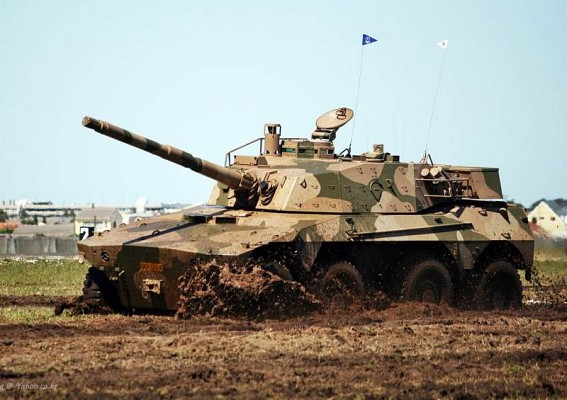 The Rooikat is a reconnaissance vehicle that is based on a large 8x8 chassis and a unique 76mm gun. The low profile 8x8 chassis with its sloped front and large octagonal turret makes the Rooikat easy to identify.

The Rooikat 105 is a modified version of the Rooikat that was developed for the export market. It has a 105mm GT7 rifled cannon, larger tires and can be fitted with various fire control systems. The original Rooikat is sometimes named Rooikat 76 to distinguish it from the 105mm version. 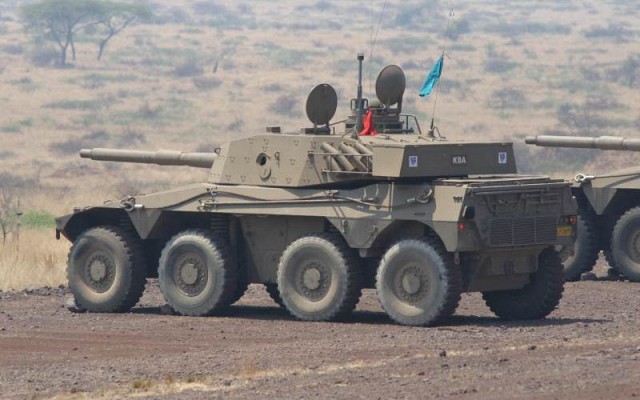 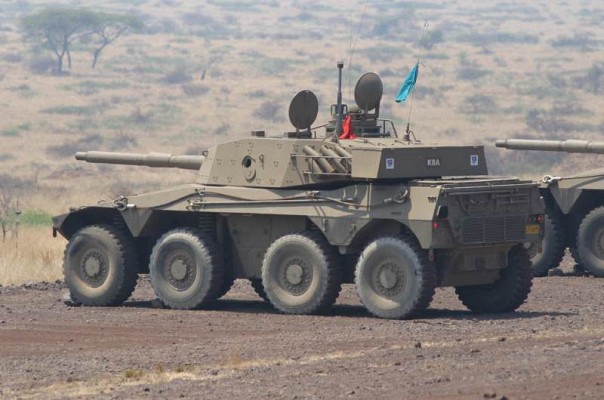 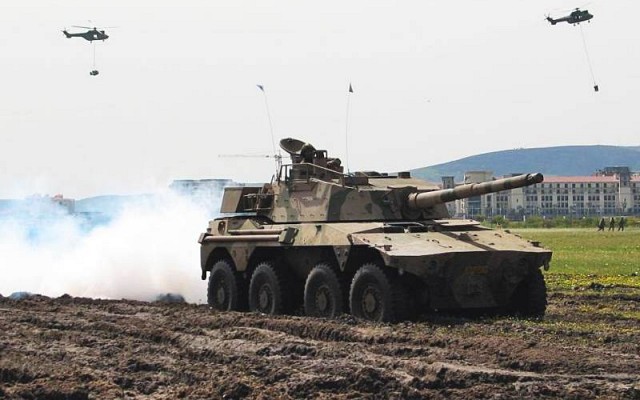 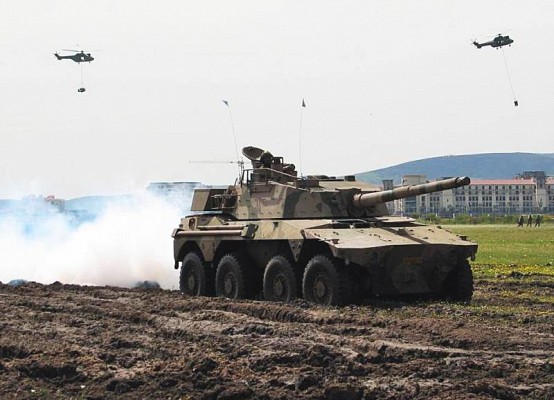 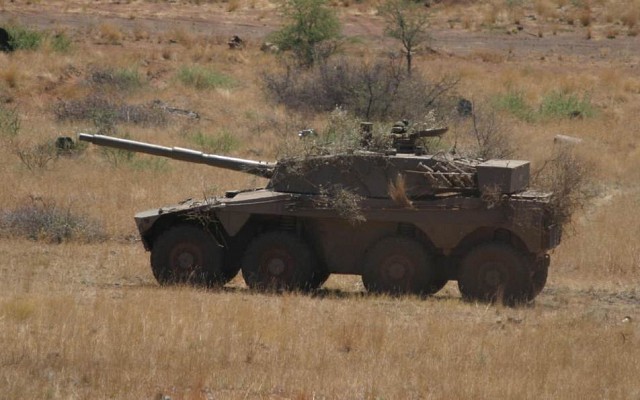 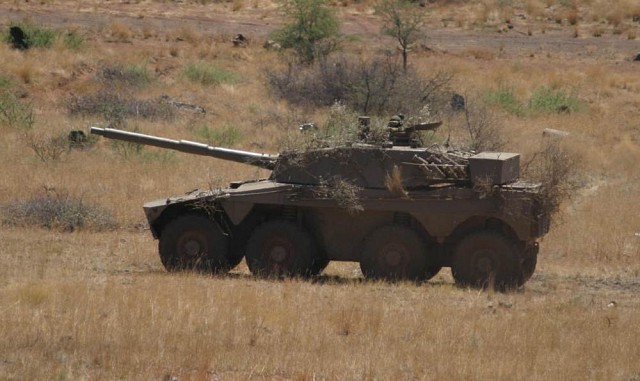 A Rooikat reconnaissance vehicle operating in the South African bush with branches as additional camouflage.