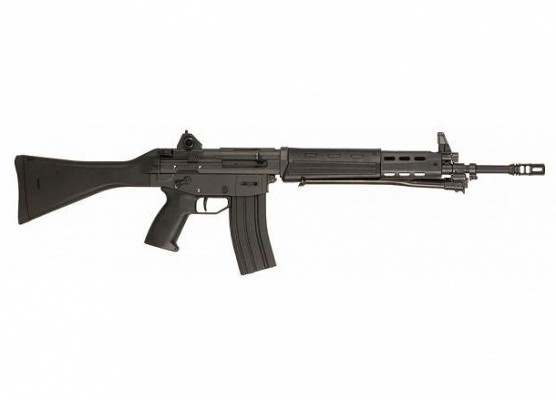 The Type 89 is a late Cold War era assault rifle of Japanese origin. It was developed as a cheaper and lighter alternative to the Type 64 battle rifle. The mild recoil of the 5.56mm round suits Japanese posture and allows for more ammunition to be carried.

The design of the Type 89 is based on the Armalite AR-18, but differs in many areas. It is a gas operated weapon with a rotating bolt. The Type 89 is made out of stamped steel an featues a polymer pistol grip, forearm and buttstock. The Type 89 is NATO compatible, firing the 5.56mm round and using STANAG magazines. Japanese magazines feature hole to indicate the amount of ammunition that is left.

The Type 89 fires the 5.56x45mm NATO round from 30 round magazines. The trigger group features both a 3 round burst and full automatic setting. The rate of fire is about 750 rpm. Accuracy is reported to be good and maximum effective range is given as 400 meters. The Type 89 is also able to fire the Type 06 rifle grenade. An under barrel grenade launcher cannot be fitted.

The Type 89 is the standard issue assault rifle in Japanese service. It has replaced the older Type 64 battle rifle in frontline units. Small number are in use with selected law enforcement units. The Type 89 has not been exported in line with the strict Japanese laws on the export of military equipment. 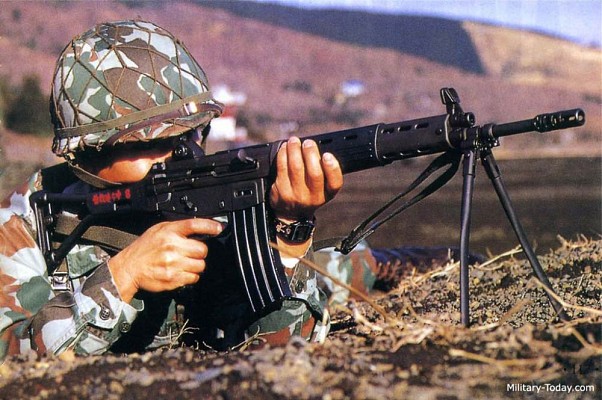 Variants of the Type 89

The Type 89 is a modern assault rifle with conventional looks. It can be easily identified by the forearm which is partly metal and partly polymer. All Type 89 are fitted with a foldable bipod. Optics can be fitted using various kinds of adapters or rails, but are not very common. The Type 89 cannot be fitted with an under barrel grenade launcher, but is able to launch the Type 06 rifle grenade from the muzzle.

Type 89: Baseline model with fixed stock. By far the most common version of the Type 89.
Type 89-F: Type 89 with side folding stock. Issued to paratroopers and incorrectly nicknamed Type 89 Para. 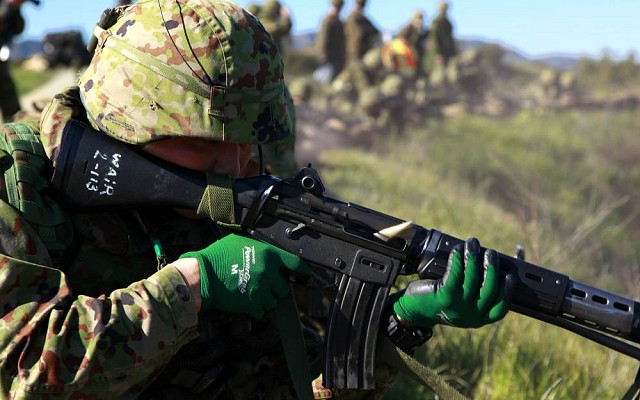 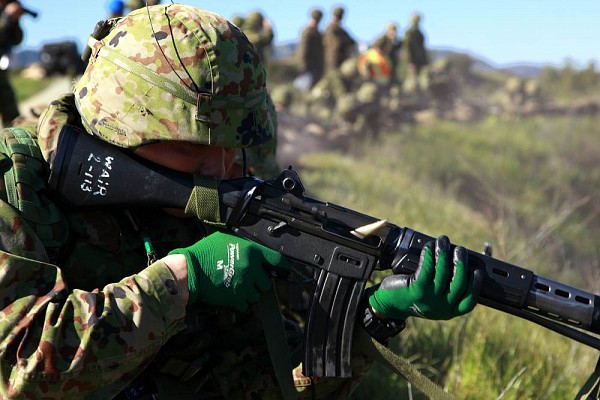 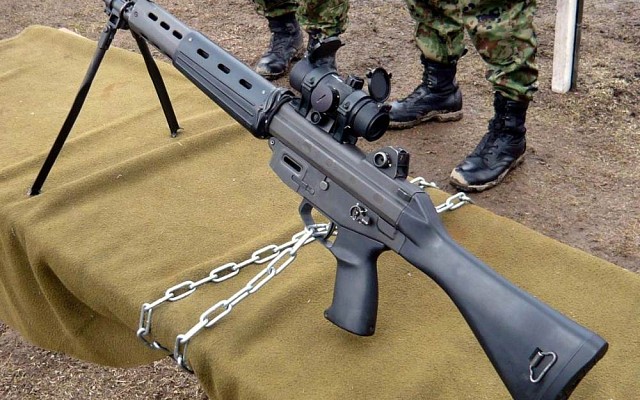 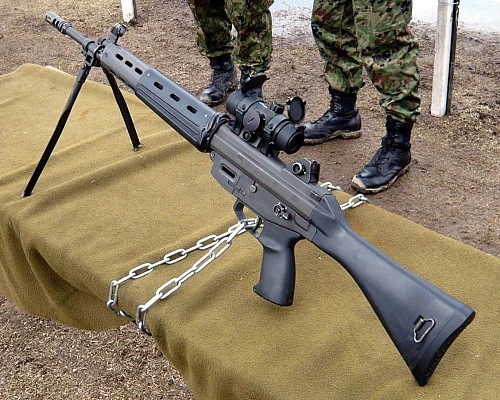 Type 89 rifle with optics and resting on bipod. 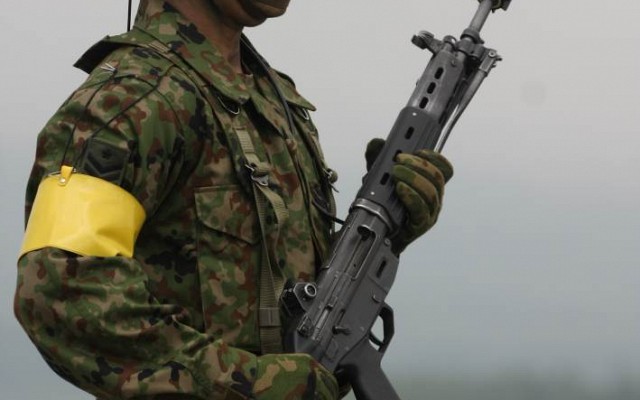 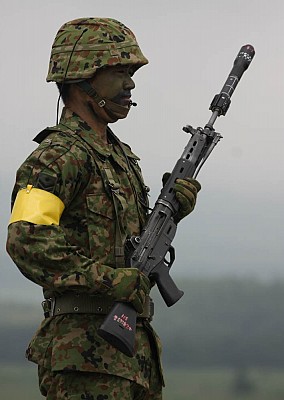 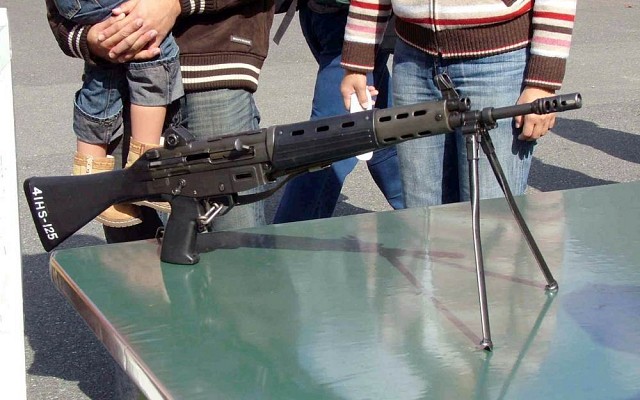 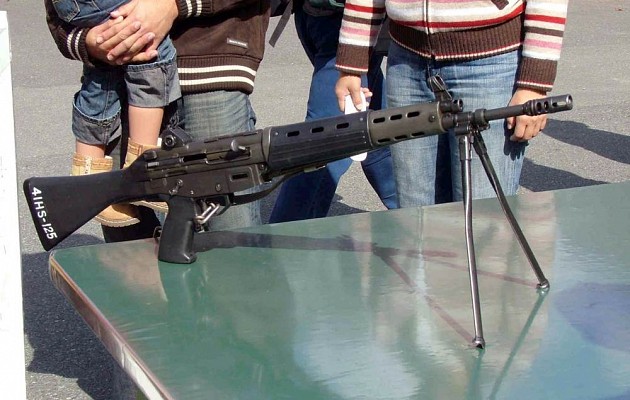 Right side view of Type 89 rifle on display. 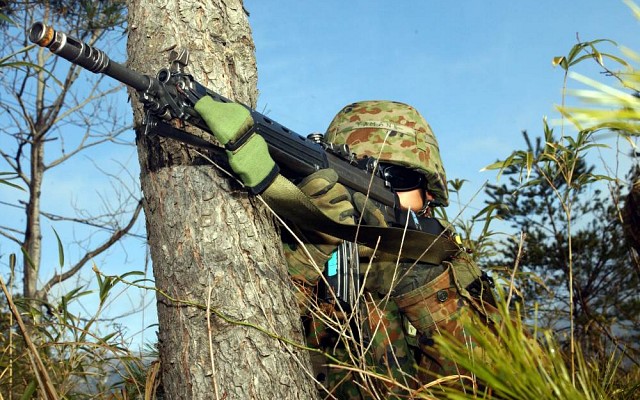 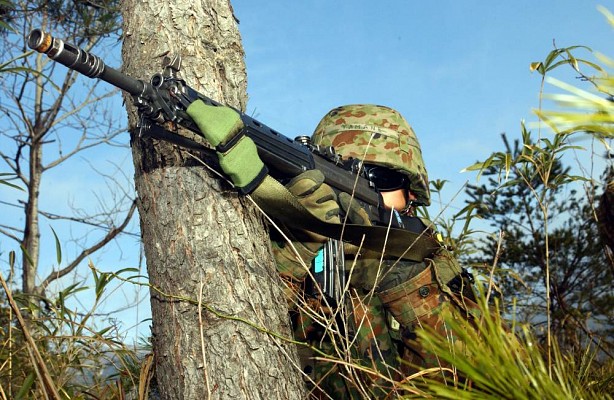 The Type 89 assault rifle was developed to replace the older Type 64 battle rifle. Both rifles were designed and produced by Howa in Japan.