Ukrainian troops loading and firing a 2A36 towed howitzer in 2017.

The 2A36 is a late Cold War era towed howitzer of USSR origin. It was developed in the early 1970's together with the self-propelled 2S5 to provide long range shelling and counter battery fire. The 2A36 replaced the M-46 in this role and provides a massive increase in performance. The 2A36 has the nickname Giatsint-B and until its designation was known was called the M1976 by NATO. The self-propelled 2S5, described elsewhere, is known as the Giatsint-S.

The 2A36 uses a split trail carriage with a four wheel chassis. A single jack is used to raise the chassis of the ground in the firing position. A 152mm 49-caliber howitzer with multislotted muzzle brake is fitted. The ordnance is mounted on a cradle that allows for elevation and limited traverse. To assist in loading there is as swiveling loading tray and a hydraulic rammer. A gun shield provides the crew of 8 with some protection over the frontal arc.

The main user of the 2A36 was the USSR and now Russia. It is also in use with most nations that were part of the USSR. Unlike most Soviet weapon systems the 2A36 was hardly exported, not even to Warsaw Pact nations. 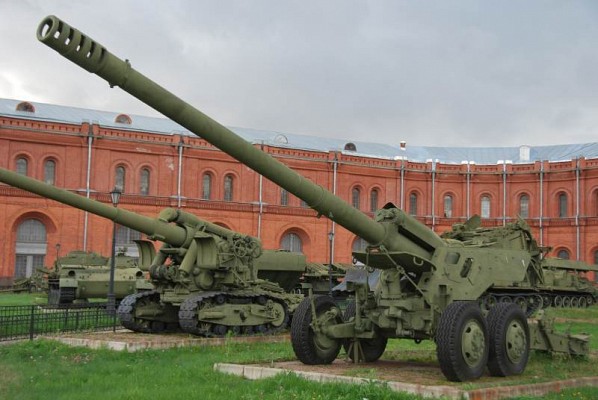 The 2A36 is a large and heavy towed howitzer with a long 152mm barrel. It has a good range and rate of fire. A slightly modified version of this ordnance, designated 2A37, is used on the self-propelled 2S5 Giatsint-S. There are no real variants of the towed 2A36, although it is reported that some were fitted with a longer L/53.8 barrel opposed to the standard L/49 barrel. 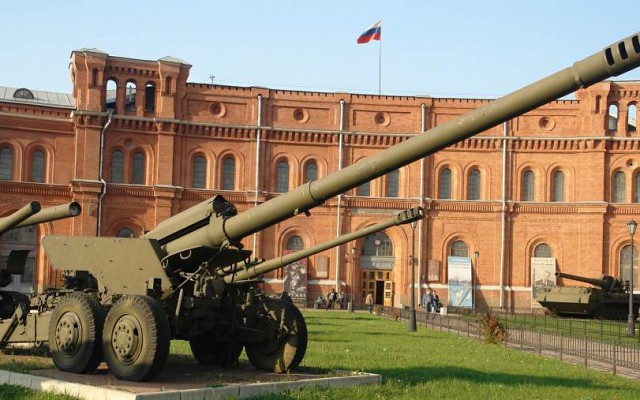 A 2A36 howitzer showing it long ordnance with multislotted muzzle brake. 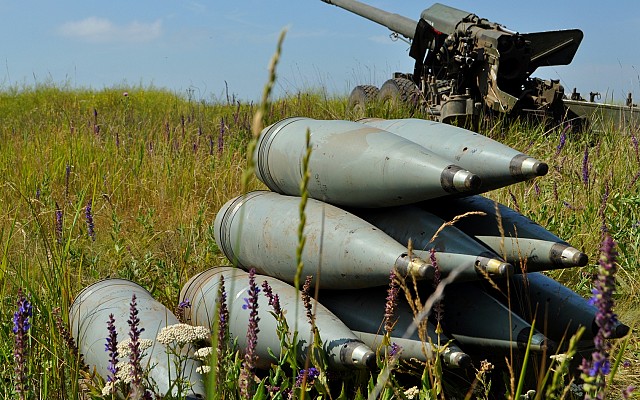 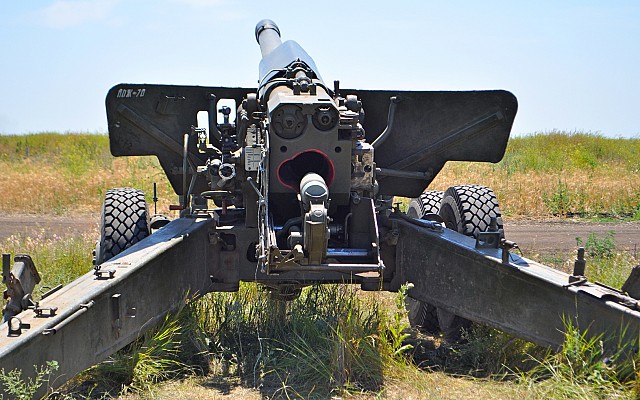 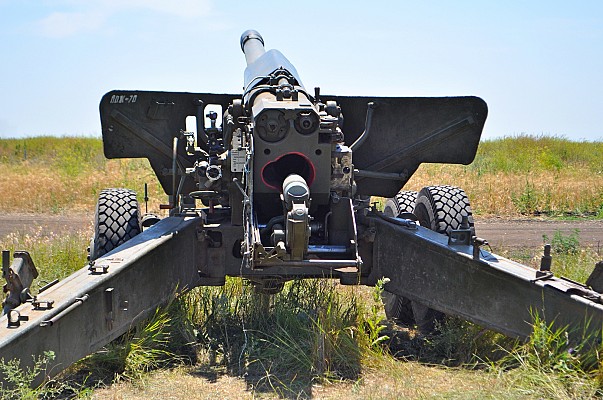 Rear view of a 152mm 2A36 Giatsint-B towed howitzer showing the breech and sighting system. Several 2A36 towed howitzers on parade in Baku, Azerbaijan, in 2013. Side view of 2A36 towed howitzer on parade in Saint Petersburg in 2018.

The 2S5 Giatsint-S is a self-propelled howitzer with the same ordnance as the 2A36 towed howitzer.