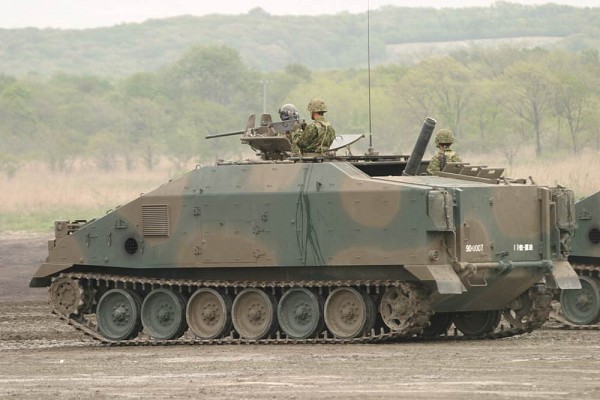 Left side view of a Japanese Type 96 self-propelled mortar during an excersize in 2006.
Source: EarlyBird - © public domain

The Type 96 is a modern self-propelled mortar of Japanese origin. The Type 96 was developed in the mid 1990's by Hitachi. The main armament is the 120mm MO-120-RT rifled mortar produced under license in Japan by Howa.

The Type 96 is based on the chassis of the Type 92 minefield clearing vehicle, which in turn is based on the Type 73 armored personnel carrier. The Type 96 features a raised superstructure that houses the crew of 5, the rifled mortar and its ammunition. In the firing position the mortar fires over the rear arc of the vehicle. The engine and drivetrain are located at the front.

The Type 96 is fitted with the proven MO-120-RT rifled mortar. A total of 50 shells are carried. The maximum range is 8.2 km with regular ammunition and 12.8 km with rocket assisted ammunition. The rate of fire is 6 to 10 rpm. Laying the mortar is done by hand and there is no fire control system. For self-defense a 12.7mm M2HB heavy machine gun fitted on a pintle mount.

The steel armor protects the crew from small arms fire and shell splinters. In the firing position the crew is somewhat exposed, but not as much as a morter set up in an open field. After a firing mission the Type 96 can quickly relocate to avoid counter battery fire. There probably is a NBC protection system present, but there are no smoke grenade dischargers.

The Type 96 is used only by the Japanese Ground Self-Defense Force. It is not available for export. A total of 24 vehicles were produced and are in active service. Additional production is unlikely due to the decision to focus on the adoption of wheeled combat vehicles. 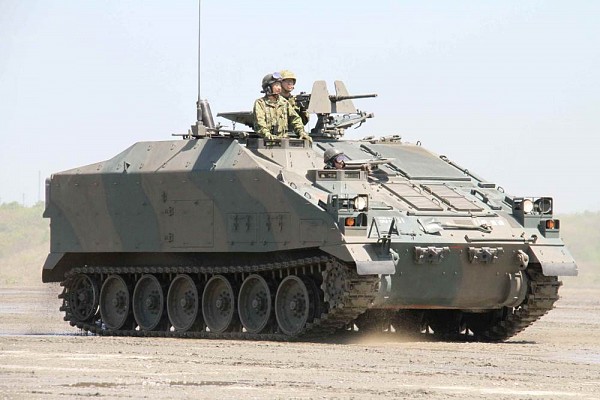 The Type 96 self-propelled mortar was produced in only one variant. It is easy to identify by its raised superstructure and rearward facing mortar tube. 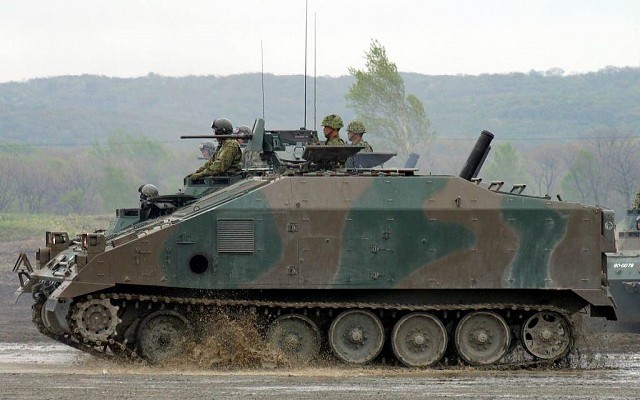 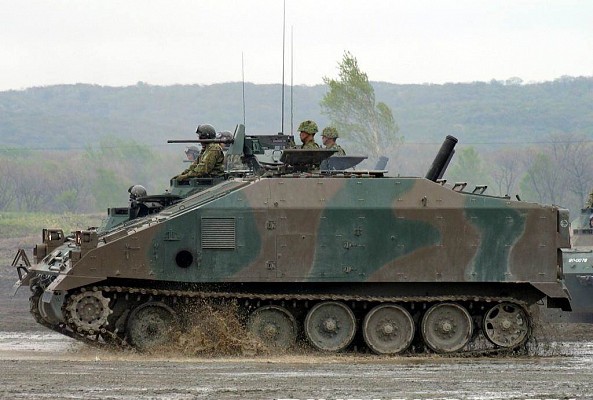 Left side view of Type 96 self-propelled mortar on the move. 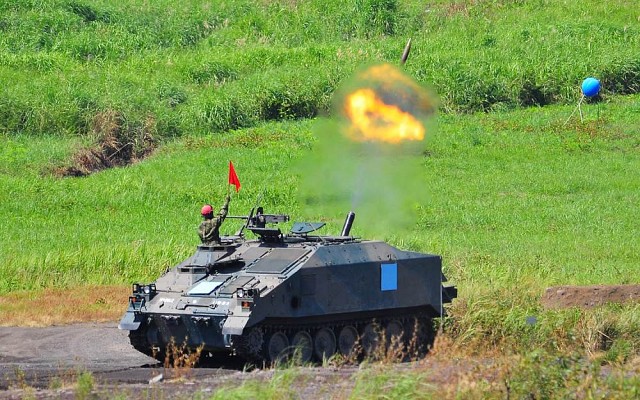 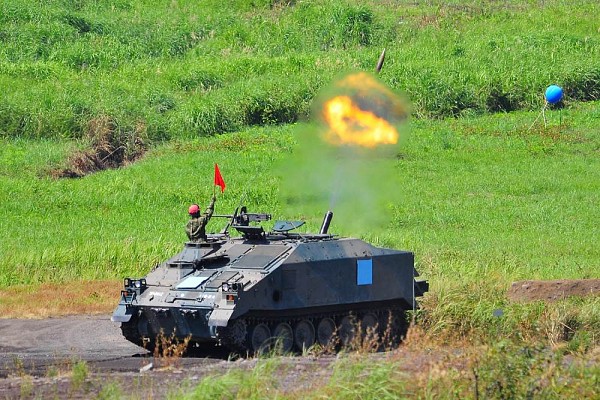 Type 96 self-propelled mortar firing its main armament during an excersize. 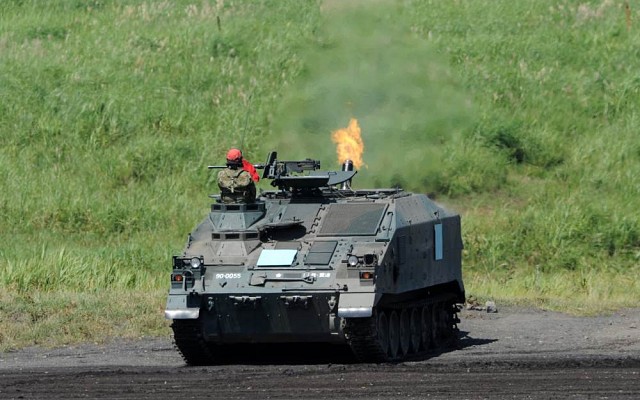 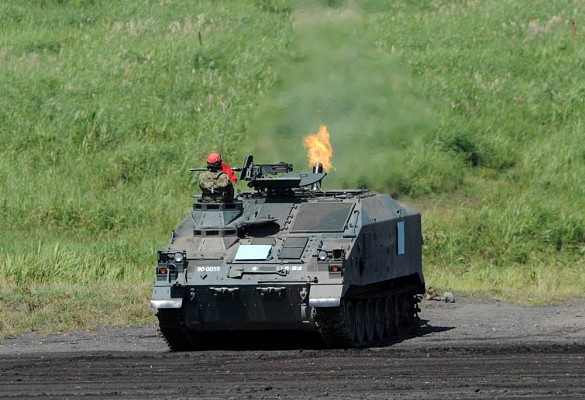 Forward view of Type 96 self-propelled mortar firing its main armament during an excersize in 2013. 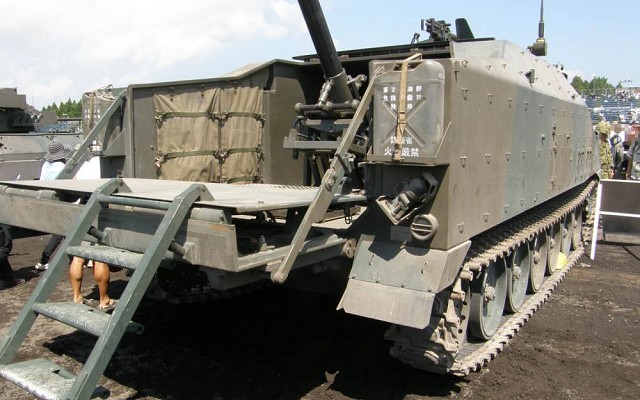 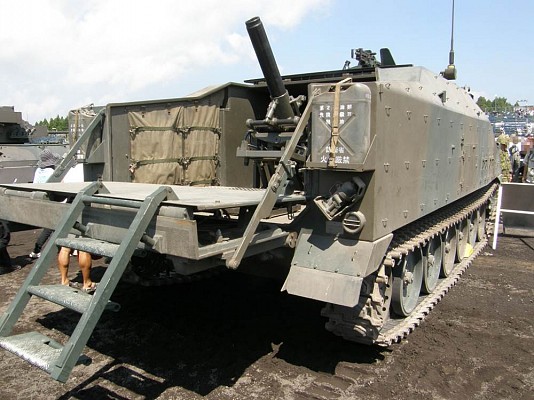 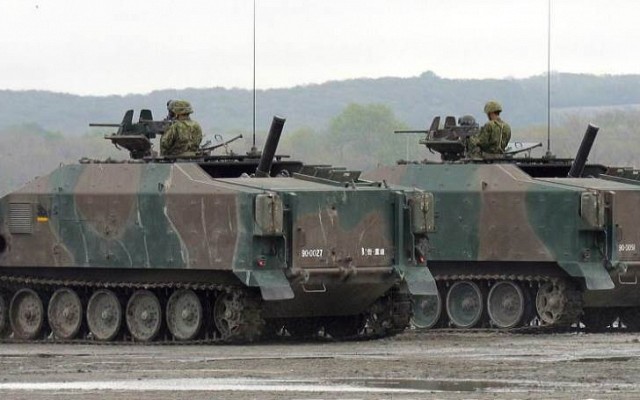