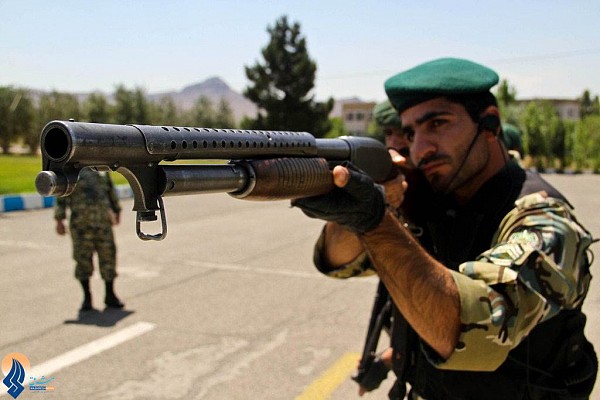 The Winchester Model 12 is a pump-action shotgun of US origin. The design was based on the Browning M1987 shotgun, but uses an internal hammer. At first it was only available in 20ga, but the 12ga models were the most produced and most prominent in police and military use.

The Model 12 has a standard pump-action design. It differs from earlier shotguns in having an internal hammer and therefore has a smooth receiver. Most components are made of forged and machined steel parts, with the shoulder stock and pump-action handle made out of wood. Military models were often fitted with a heat shield.

In military use the Model 12 fires 12ga 2.75 or 3-inch shotgun shells. For civilians the Model 12 was also available in 16, 20 and 28 gauge. The tubular magazine under the barrel holds five 3"shells or six 2.75" shells. As the Models 12 has no trigger disconnector, it fires on every pump action when the trigger is depressed.

The Model 12 was popular in the USA among civilian, law enforcement and the military. It was used in large quantities by US forces in both World War 1 and 2, the Korean War and finally the Vietnam war. As the production was discontinued in the 1960's it was replaced during the Vietnam war by Ithaca and Mossberg shotguns. The Model 12 has also been exported to several US allies.

Variants of the Model 12

The Model 12 Trench gun was developed for the US Army. The barrel is much shorter and extends only slightly beyond the tubular magazine, a heat shield is fitted and lugs for the M1917 bayonet are fitted. 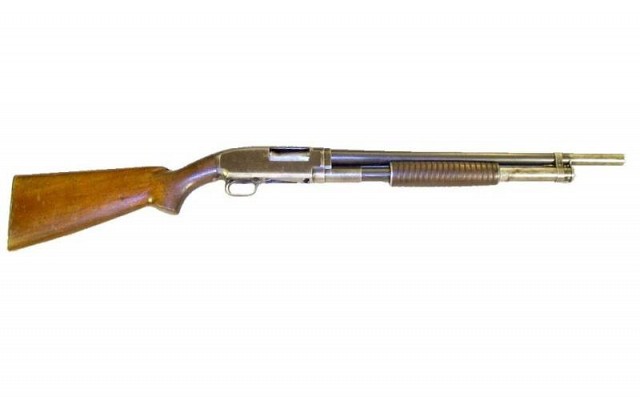 The Model 12 Riot gun was developed for law enforcement use. It differs from the civilian Model 12 in having a shorter barrel that extends only slightly beyond the tubular magazine. A heat shield over the barrel is optional.